Are you familiar with the Dreamworks logo? It’s the little boy seated on the moon while fishing that you see at the start of every Dreamworks movie. It’s definitely hard to miss.

It turns out this little boy is now all grown up!

Or so we first thought.

If you are wondering who that dude is, he is Nathan Trent, one of the contestants in the Eurovision Song Contest held in Kyiv, Ukraine.

The audience was astounded when he took the stage and sang his heart out atop a giant silver moon. They cannot help but point out the resemblance between him and the little boy in Dreamworks’s logo.

They just had to ask…

What happen to the boy who was fishing in dreamworks? #esc2017 #Eurovision pic.twitter.com/5ZZw4ObvkR

…and how that kid would look like if he was all grown up now.

remember​ that kid from dreamworks? this is him now. feel old yet? #Eurovision pic.twitter.com/VOyzteU3dV

Well at least now he knows what he will look like when he grows up, right? 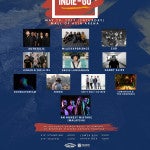 Big and Loud in every way 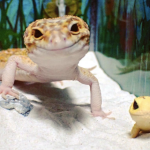