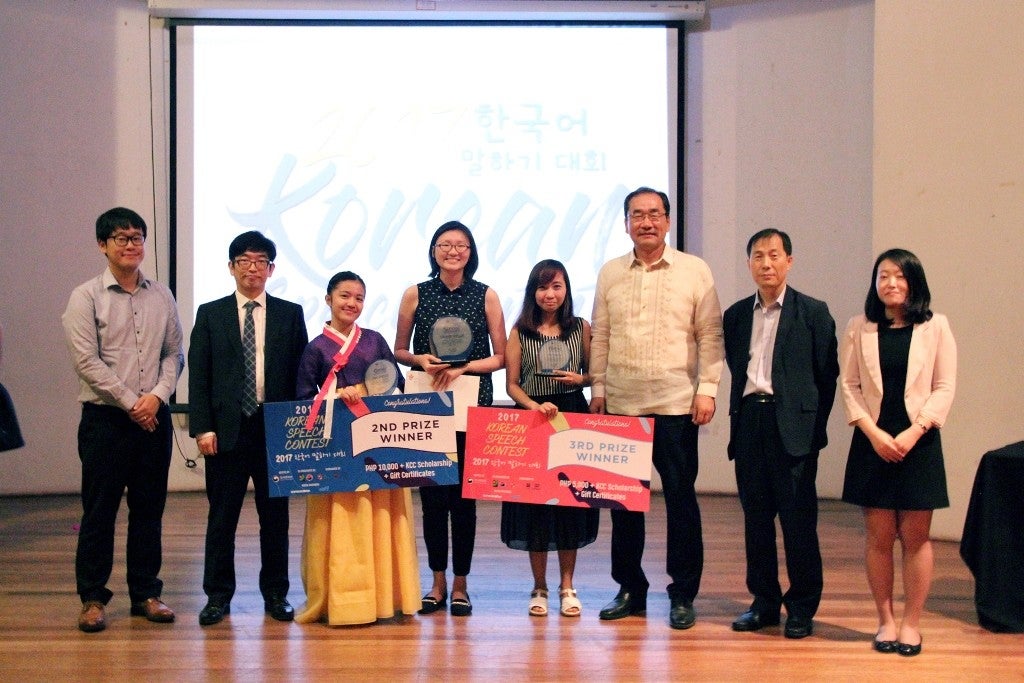 In her speech titled, ‘My Treasure: My Tall Height,’ Lee talked about how accepting her tall height and gaining self-confidence after affected her life. “The fact that my height was something I couldn’t change and had to accept, made me realize that I, myself, with all my imperfections and weaknesses, were things that I should accept as well. And only when I accepted these things about myself was I able to take action to slowly improving on these weaknesses” Lee said, speaking in Korean language. Her speech was followed by a question and answer portion where judges asked diverse questions in Korean.

Placing second in the competition is Aubrey Ortega of Pamantasan ng Lungsod ng Maynila, followed by Precious Ann Pendon from Iloilo City. Both won P10, 000 and P 5, 000 plus a scholarship at KCC and gift certificates, respectively.

The Korean Speech Contest was organized by the KCC, United Korean Community Association (UKCA) and UP. The contest aims to promote the Korean language to Filipinos. It encourages the learners of Korean language to enhance their skills in the speaking language. Alongside with the event, the Korea International Cooperation Agency (KOICA) also gave free samples of popular Korean dish Tteokbokki to the guests.