Where were you when the entire trajectory of Gen Z pop culture was changed after former ‘Try Guys’ so-called “Wife Guy” Ned Fulmer’s cheating scandal?

After a week of what seemed to be a limbo in the internet, Keith Habersberger, Zach Kornfield, and Eugene Lee Yang—the remaining 3 members of the Try Guys, finally spoke up after “what happened” in a video titled, “what happened.”, which they uploaded on October 3, 2022 (local time).

In the video, each of the three men were representing 3 different reactions after the whole Ned Fulmer fiasco, and they talked about how the cheating scandal affected their work and personal relationships.

The three also revealed that they were completely in the dark when the whole thing was happening and were only alerted by fans the same time rumors of it were circulating. “We just want you to know that we had no idea this was going on,” said Keith. “All of that information was just as shocking to us as all of this has been for you this week.”

Eugene, Zach, and Keith also confirmed in the video that they had conducted a three-week HR review process and revealed the entire timeline of events. Since learning of the affair, they had been slowly editing Fulmer out of their content, which practically confirmed fan theories as to why that Try Guy was almost erased in their most recent videos.

Reactions to the “what happened” video have been massive and was especially trending on Twitter. Gen Z Twitter (and almost everyone, we think) had nothing else to say but praise for Eugene, Zach, and Keith for doing the right thing, while there were memes of course. We can’t really forget the memes in a historic pop culture event.

A lot of users also commented on Eugene’s stance and composure in the video, as it is practically public knowledge that he and Ariel Fulmer (Ned’s wife) are best friends, on Keith’s uncharacteristic seriousness, and Zach almost in tears. And who wouldn’t, when these are three of some of the only men that Gen Z will ever trust in their lives?

if the try guys can kick out a member of their friend group/business who they've been with for 10+ years for cheating, everyone else should be able to too https://t.co/s0NDXAFdLg

new try guys video zack is about to cry keith is serious for once and eugene is fuckin PISSED pic.twitter.com/gpTulGrHOj

The Try Guys editor having to edit that one guy out of all their shit: pic.twitter.com/eNc36oopb6

Not #tryguys putting out a better apology for something they didn't do, than most of the creators that have done one.

do you know how much of ned fulmer's life was tied to the try guys. like that man just threw away his closest friends and his OWN COMPANY so that he could cheat on his wife of 10 years & mother of his 2 children with a subordinate employee who was already engaged!!

"do you ever look at someone and wonder what is going on inside their head?"#tryguys pic.twitter.com/2WvRK5b67f

eugene holding back in the try guys newest vid… could not be me bro omfg i know there’s a bunch of legal stuff involved rn but the amount of money i’d pay to watch eugene beat the shit out of ned….

Other companies need to take note. Action like this is how you create a safe workplace.

Major respect for the #tryguys for how they handled this. https://t.co/iqetpiL3zO

seeing eugene so pissed off, zach on the brink of tears and keith trying to make sense of the situation made me realise ned’s actions affected more than just the company. he broke up a family. #tryguys pic.twitter.com/NjvbDUyd8R

ned fulmer destroyed his career, probably could’ve destroyed try guys, and destroyed his relationship between his best friends.. if i was eugene i’d be the same pic.twitter.com/TaI8rHFug8

Eugene is going to burn him to the ground. Zach is in mourning and disappointed. Keith is the father figure trying to hold the family together. #tryguys pic.twitter.com/vHYcOthYQE

Eugene also pointed out a very interesting point that we think everyone should ponder on more, “We also wanna remind you that the internet has a tendency to be a lot harsher towards women than men. So please, we ask that you exercise kindness.”

And he’s right. Let’s all be more cautious on how we view this delicate issue, and just wait for everything else to play out. We’re just fans of The Try Guys. Let’s believe in Keith Habersberger, Zach Kornfield, and Eugene Lee Yang.

Ned Fulmer parts with The Try Guys amid cheating controversy 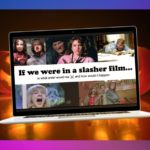 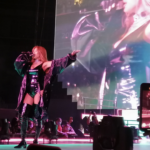