A well-known poet and beloved icon of the civil rights movement of America, Maya Angelou had a difficult yet colorful life. As a child, she went through her parents’ separation, being sexually abused by her mother’s boyfriend, and becoming mute for five years as a result of her belief that she caused the death of the man who raped her. She became the first black female streetcar conductor in San Francisco at 14, working while she was also studying at the California Labor School. She had her first born, a boy, at 17 years old.

As an adult, Maya Angelou held a lot of jobs. She worked in the sex trade for some years as a prostitute, table dancer, and as a brothel manager—a fact she did not seek to hide from the public. In fact, she even wrote a book called “Gather Together in My Name” about her experience during those years of her life.

Maya Angelou also became a dancer. She first began with modern dance but reached popularity as a singer and performer of calypso music. She was also a theater actress, playwright, screenwriter, and composer. As a civil rights activist, she was a close friend to the likes of Malcolm X and Martin Luther King Jr. She continued her work for social justice well into the later years of her life, supporting and campaigning for then Senator Barack Obama to become the first African-American President of the United States.

And while all this was going on, she was also writing. She wrote poems, essays, and memoirs. She even published two cookbooks in her later years, because cooking was a lifelong passion of hers.

Even a quick rundown of her life proves how much of a remarkable person Maya Angelou was. And what better way to commemorate her influence on so many people than to revisit some of her most popular poems?

Here are some of our personal favorites: 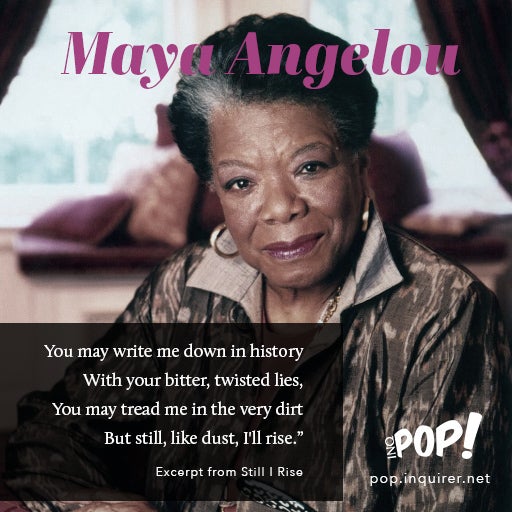 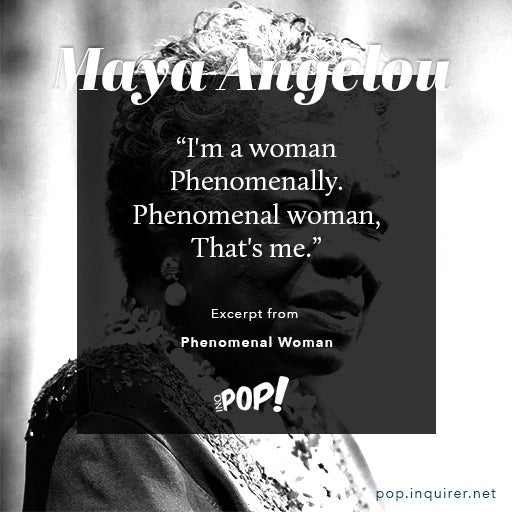 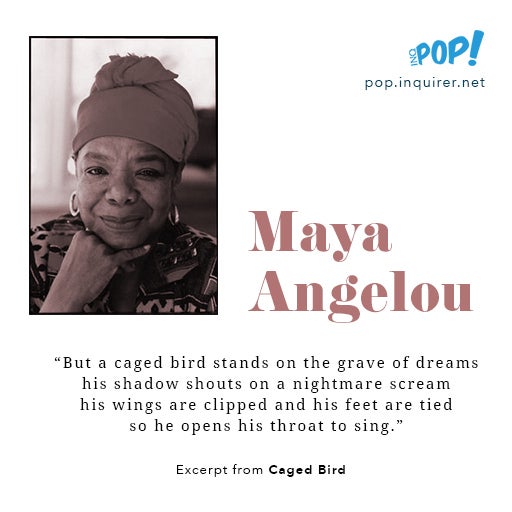 4. On the Pulse of Morning 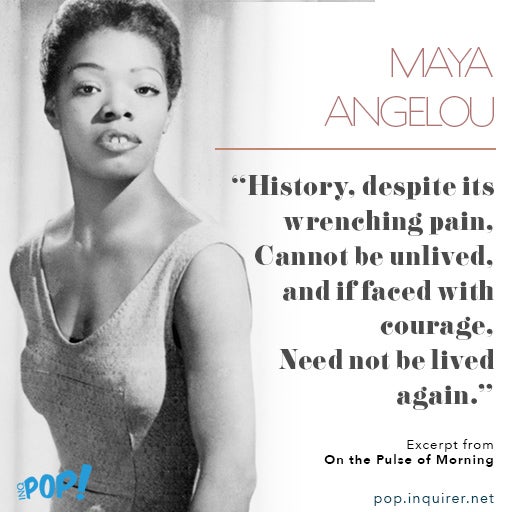 5.  A Brave and Startling Truth 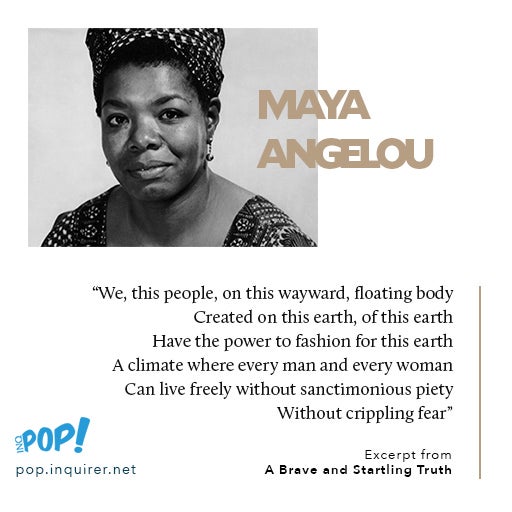 A Brave and Startling Truth
caged bird
Literature
Maya Angelou
on the pulse of morning
phenomenal woman
poems
Poetry
still i rise
INQPOP! Stories we think you might also like: