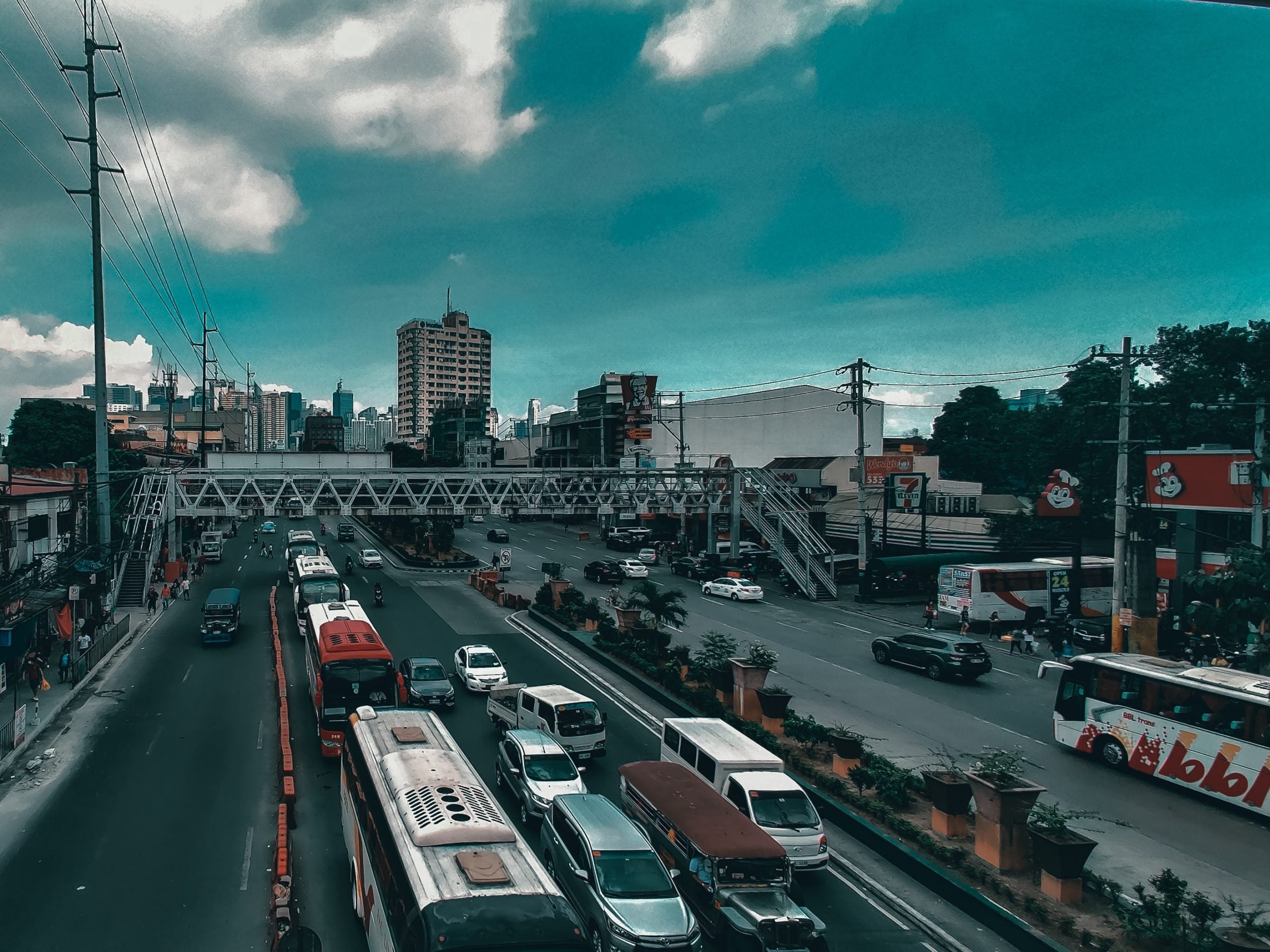 If you are a commuter, especially in Metro Manila, you most likely already have an idea about how bad the situation is concerning the public transportation crisis in the Philippines. It has been prevailing for so long, yet it remains an inescapable problem, especially for minimum-wage workers.

The Employers Confederation of the Philippines (Ecop) stated last 2015 that this transportation crisis in Metro Manila gravely affected the “productivity of workers and competitiveness of the enterprises.” Workers said this traffic congestion and lack of public transportation supply makes them “exhausted,” and it still holds true to today’s reality, INQUIRER.net reported.

Good thing for those with the financial capability; they could opt to resort to many other options just to escape from this hellhole. Unfortunately, some people on social media seemed to have forgotten that not all people have this privilege and provided unsolicited remarks concerning the problem.

In Metro Manila, the Land Transportation Franchising and Regulatory Board (LTFRB) had a program called “Libreng Sakay” or free ride at the Edsa Busway Carousel. This program has benefited a large number of passengers since its first phase, as also reported by INQUIRER.net.

Referring to the mentioned program, a Facebook page named Your Life Engineer shared a post containing the user’s realization about his experience in the expectedly congested free bus ride. In what he called “Sacrifice over Reward,” he provided three options to consider: The first contained a question of whether or not he was willing to wait for hours in a very long line of commuters for a “FREE” ride. The second was a question if he should spend one to two hours elsewhere instead so that he could skip waiting for a long time, which he also emphasized to be a free ride. And finally, the last one asked if he should consider taking other ways such as through taxi, MRT, or Angkas for a faster route. 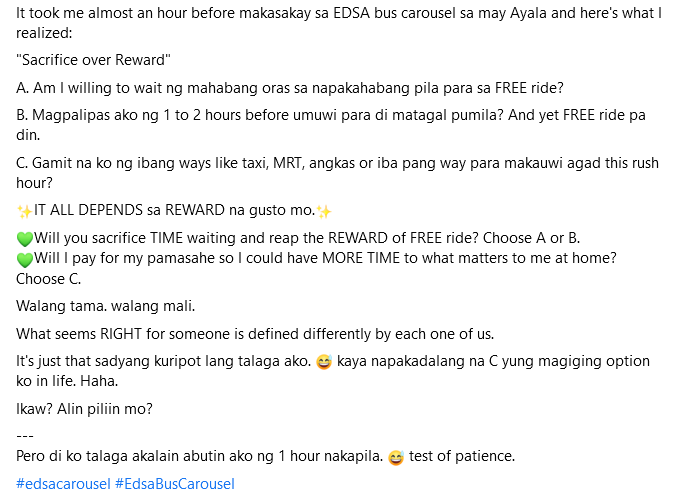 According to the OP, choosing among the three options all depends on the “reward” that the commuters want. If they are willing to sacrifice time for a free ride, he suggested they should choose the first and second options. But if they want to choose the reward of “MORE TIME to what matters to me at home,” he suggested picking the last one.

Of course, in true Facebook fashion, people had thoughts about his viewpoint:

The given options that seemed to boil down the situation into a mere matter of choice failed to consider the idea that there are people who have no choice but to rely on those free rides. Most probably, these people also do not have the luxury to spend leeway time just to skip the rush hour as they might also have other responsibilities at home. And, needless to say, it is insensitive to tell people who might be living from paycheck to paycheck to choose to spend money for convenience when there was a free option. It is safe to say that everyone wants to spend their time on “what matters,” but not all people could choose it at will anytime they would feel like it.

Public transportation, in the first place, should be affordable and beneficial to all commuters. Giving remarks like this that leave the burden to the victims of inconvenience instead of calling out what should be held accountable does not solve the problem. Let this be a reminder to all to always check your privilege as not everyone is in the same situation as you.

Commentary: ‘It is your job, so do your job’– The sad reality for service workers 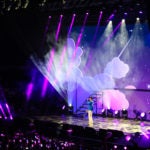 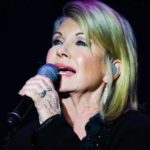