In this day and age, people are trying to be more sensitive with the words that they say. We’ve come a long way and we are all still learning and trying to do our best.

On Twitter, user Atom wanted to double-check if what he is saying and advocating for in relation to pet ownership may be considered elitist or not.

Is it elitist when I advocate that you should have enough money or financially ready before owning a pet? If so, how can I rephrase this into a more accomodating tone. HUHUHU

Based on the tweet, Atom is only looking to be as accommodating as possible. Some users in the thread understood where Atom was coming from.

Some believe that it is truly necessary to be financially ready before taking on a pet because they are long-term investments. Depending on the species and the care you give, a pet can live for around 10-15 years, some even reaching their 20s.

Someone even mentioned that pets are the new kids, suggesting that the deliberation of getting one should be just as serious as if you were going to have a child.

No? I think this should be treated like having kids as well.

Among the replies, the topic of rescued and stray animals was also brought up. Some replies showed how they decided to take in strays that they found, taking care of them because they were neglected.

Definitely, but in my case, I took in pets because no one else cared for them, and so far, someone is looking out for me- am surviving and so the pets. Btw, this is only 1/6 of the lot I have. pic.twitter.com/vOZ4DbG0Rj

One user mentioned how the entire thing may be considered in an intentional vs. situational context. The difference between rescuing and irresponsible adoption is that rescuing an animal takes them away from an unhealthy situation. On the other hand, irresponsible adoption only feeds into the owner’s own sense of fulfillment, no matter how long or short this may last.

I think it's intentional vs situational. Yung rescues, youre taking them from a far worse case. It's not irresponsible parenting. While yung mga kumukuha ng per just bc they want to (maski kapos sa funds) +

In this context, immediately adopting a pet should be done for the benefit of the animal and not the one adopting it.

Another point of view that was brought up to help Atom with his question was to place it in the context of someone who might really have less to spend on a pet.

One tweet said that pet ownership is “about being responsible for a life,” which is something even the poor can do.

If someone makes sacrifices to care for their pet, it should not matter as long as the pet is being cared for. The tweet continues by saying that animal neglect is “not the sole province of the poor,” to which Atom replied that his advocacy comes from seeing how some owners are unable to support their pet in terms of the treatment, tests, and medicine it may need.

It’s just really heartbreaking for me when an owner comes for treatment and when the pet really needs tests they can’t afford them, even the meds. 🙁

In relation to the pet ownership being compared to having kids, user Jo to the World had her own response.

First reax ko was to say that it's like having a kid, you should be ready at least financially… pero I might as well tell poor people they shouldn't have kids

Continuing to reply to her thread, she also mentions how she’s “seen homeless people treat their pets much more kindly and humanely than some well-off owners do.”

Maybe it's 'bleeding heart' to say this but the poor deserve every bit of happiness they can take, and if kids can give them that then I'm all for it. Same as with pets

Jo to the World suggests that Atom’s advocacy in itself is not elitist, but maybe the financial aspect of pet ownership may be a secondary concern, as long as “mamahalin ang pet” (as long the pet is loved).

I can't really say if that advocacy is elitist. Not when it ensures a pet is loved and treasured and care for as it should be

I guess for me the financial part is just secondary. Basta mamahalin ang pet. Nanginginig ako sa galit when I hear of pets abused and maltreated

At the end of the day, the bottom line may be to just be responsible. A pet may not be exactly the same as a human child, but it’s still a whole other life that you become in charge of. Pet ownership takes commitment, so it’s important to manage and create realistic expectations when considering adopting a pet.

Maybe just make sure the future pet owner will at least never hurt their intended pet?

And then lay out the possible expenses so they know what they're getting into. Latag expectations ba. Then they can see for themselves if they're willing and able to push through

In the hopes of preventing things like the 101 Dalmatians Syndrome from happening again, remember that while pets are cute, some pets demand more attention than others. Different species and breeds have complicated health and breeding issues that you would need to account for. In situations like these, it is important to consider not only the emotional gain that a pet may provide you but how much you can do for your pet in terms of practicality.

If you’re thinking of adopting a pet, be as ready as you can be. If you have the luxury of time to think about it, then use every second possible. As mentioned earlier, having a pet is a long-term commitment that may possibly last you around 10-20 years.

With people mentioning how they rescue strays, it’s important to remember that one should only do this if you have the proper experience and knowledge on how to do so carefully. While it can be rewarding to save animals from the street, there are a lot of health and safety concerns that you would need to deal with.

If after rescuing a pet you (for whatever reason) find that you can no longer take care of it, then do not hesitate to find a good and willing shelter that can accept them. Giving your pet a new home where they will be treated with care is better than holding on to them for emotional support when you cannot provide for it.

You can love an animal with all your heart, but can you give it what it needs? If you cannot provide at least the basic necessities for your pet, maybe the saying “if you love them let them go” might tragically apply here as well.

Adopt responsibly. Being responsible is something that everyone should be able to do. Go and get a pet if you are certain that you’re prepared to live through the good times and the bad.

No pets left behind: Here’s why adopting can make a huge difference

If you prefer your pet to your child, you’re not alone 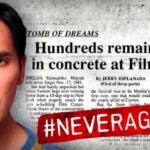 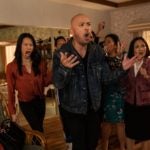