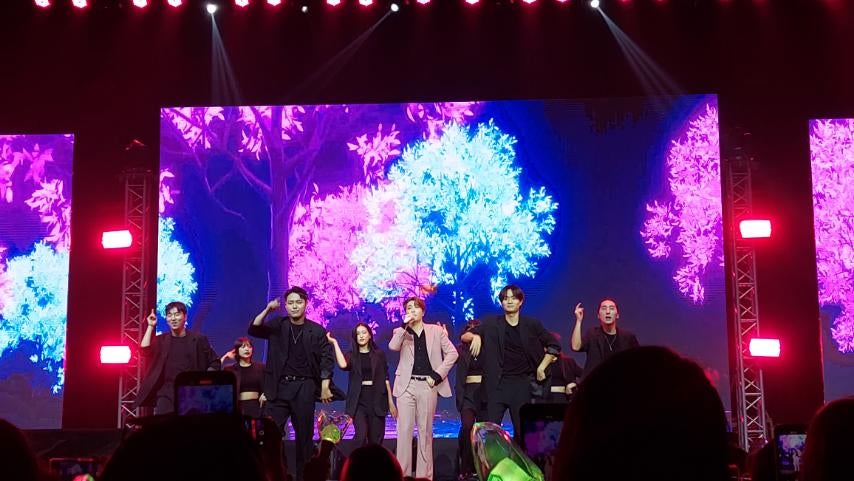 GOT7 Youngjae wanted a taste of that sugar, and he really did after receiving such a warm-hearted welcome from Filipino Ahgases in his first solo mini-concert and fansign in the Philippines last July 23, 2022 at the New Frontier Theater in Araneta City.

Being the first GOT7 member to hold his very own solo performances in the Philippines, Ahgases immediately grabbed the chance to catch his back-to-back events by buying at least 2 copies of Youngjae’s newest album, “Sugar” through CDM Entertainment’s website from June 12, till July 1, 2022 for his fansigning event.

The mini concert preceded the fansign event, where the former happened at 3 P.M. and the latter at 7 P.M. Youngjae first opened his mini concert by performing “Tasty”, a song from his debut EP “Colors from Ars”, and “Focus” from his most recent “Sugar” album.

During the mini concert, Youngjae said that it was “really unbelievable” for him to be doing this right now, especially after seeing “a really great and crazy energy” from Ahgases. When asked about his preparation for the concert, Youngjae mentioned that since he was very sick recently, he had to go to practice immediately after his radio DJ show.

2 weeks before, Youngjae was reported to have been COVID-19 positive. His labelmate Yerin, who also held a fansign event the day prior, hosted his radio show, “Got7 Youngjae’s Best Friend” for a day.

As soon as his arrival in Manila, Ahgases were able to catch his Instagram live where the “Sugar” singer held a “mukbang” and tried Filipino fastfood chain Jollibee for the first time. In his live and in the concert, Youngjae said that he definitely enjoyed the spaghetti, chicken, and the peach mango pie, saying that it was “so delicious”.

The mini-concert held two segments with Youngjae, namely the games “Guess the Song” and “Yes or No Quiz” where he played along with the fans. One lucky fan in particular, “Aiah”, won a signed poster (signed live, btw) from Youngaje after correctly guessing the GOT7 song, “Girls Girl Girls”. She had been a fan since their debut in 2014.

Afterwards, Youngjae went on to sing “Vibin” and “Sugar”.

Here are some photos from the event:

When asked about his feelings about the Philippines, he said that the “Philippines’ screams was really, really loud” and that he wants to come back more often to do fun things with PH Ahgases. He also stressed that when he says things, he means it.

Towards the end of the show, a fan project video was projected on screen, which expressed all Filipino Ahgases feelings and messages for the K-Pop idol. Their message in the video were as follows,

“First of all, thank you for coming back here. We missed you a lot. You guys promised that you won’t make us wait for another 3 years just to see you guys again, and here you are, the first one to come back.”

“Despite the distance, you are the person who gives us strength everyday. For working hard and sharing your music, we are sincerely grateful. You never fail to make us feel loved no matter what and we hope you feel our love back 333 times more. We will love you and we will work with you for a lifetime.”

After seeing the video, Youngjae commented that he should have come earlier if he knew the reactions to him would be this sweet. He also promised that he would come back more often, now that pandemic restrictions were slowly easing out.

To end his show, he went on to perform “Crema”, GOT7’s “Nanana”. For his encore, he performed GOT7’s debut song, “Girls Girls Girls” and surprised fans by doing fan service by coming downstage to go around the venue and greet his fans. He later posed for group photos with fans.

His fansign event at 7 P.M. just saw the same, if not, more energy from PH Ahgases. At some point, Youngjae received numerous gifts that the staff had to bring out a balikbayan box for him to bring. He received hats, letters, and even a miniature model of a jeepney.

Due to the fans’ energy, Youngjae shushed the crowd because he wanted to have a conversation with his fans who were coming up to meet him.

Nevertheless, all of the fans were able to say goodbye to Youngjae through the goodbye session, where fans walk in front of the artist to wave goodbye. 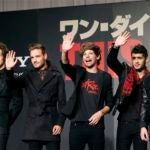 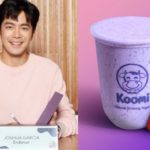