Let’s get this thing straight: everyone is free to express their emotions in public in whatever way they want to. Yes, everyone—men, women, and every gender alike, is free to show any feelings of happiness, frustrations, and others without the fear of judgement from anyone.

Yet, our society still has a long way to go in that part.

ICYMI: actor Jake Cuenca confirmed that he and beauty queen-actress Kylie Verzosa have broken up after their 3-year relationship through his Instagram Stories posted last April 23, 2022.

LOOK: After confirming his recent break up with beauty queen and actress Kylie Verzosa, actor Jake Cuenca shared on his Instagram Story a photo of him in tears.

In his Instagram Stories, the Filipino-American actor-model was seen to be emotional and trying to comfort himself with James Bay’s “Let It Go”, and posted a video of himself crying and sniffling. Cuenca did not disclose any other details about their split, aside from describing the 3-years that they were together were “the best” and that they did not “break up in anger”.

Reactions to Jake Cuenca’s Instagram Stories were mixed, but the majority of it was poking fun at the actor’s reactions and way of coping after his breakup. People—both men and women, were cracking jokes and making memes about Cuenca’s sadness, calling him names, and a whole lot more.

Here are some users poking fun at the news of Cuenca crying over his breakup with Verzosa:

Upon seeing the memes aimed at Cuenca, many netizens brought it upon themselves to defend the actor in his vulnerability and hurt. Others also expressed their disappointment and frustration at how people still find it funny when men show emotions when it should be considered normal.

Get Psyched PH, a page meant for mental health awareness, shared their own take on how people reacted to Jake Cuenca’s Instagram story. In their post, they said that “the reason why men don’t seek [professional] help for their mental health is because of masculine role socialization and toxic masculinity.”

Our society puts a lot of pressure on men to act in the way that they see as ideal: strong, unemotional, independent, and always in control. This traditional way of seeing men in this way, according to Get Psyched PH, leads them to suppress their emotions and invalidate their feelings.

Men are just as emotional as any other gender; they too, are allowed to feel sad, angry, depressed, weak, and other negative emotions. Crying in public isn’t a so-called feminine trait, it’s a normal reaction when one is sad or in grief.

Telling men to keep their emotions private and “behind closed doors” is invalidating their feelings. If a woman did the same thing as Jake Cuenca, she wouldn’t get the same backlash as she did from women. Yet, here he is, allowing the world to see his vulnerability, and because of him publicizing it, he receives backlash from both men and women.

If crying is “feminine”, then why did women publicly lambast Cuenca for doing so? Shouldn’t they be the ones comforting him and telling him that everything would be alright? Don’t women go through breakups and react the same way in their own accounts?

See, our society has this thing called internalized misogyny, and sadly, no one is ever free from that disgusting phenomenon. Again, let us get this thing clear: people are allowed to feel, allowed to express their emotions, and cope in whatever way they want to without the fear of judgment.

Toxic masculinity shouldn’t have a place in society anymore, and yet here we are doomed with a society filled with aggressively chauvinistic men who think that crying is for women. Normalize men showing their emotions—they’re just as manly as you, and probably even manlier since they’re strong enough to actually let it show.

4 things we realized about preserving relationships during a pandemic 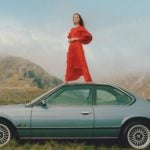 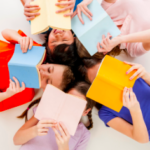