The Internet and the entirety of social media were abuzz with the recent news of NASA Climate Scientists staging protests around the world. The protest receiving most of the coverage by the media was done by Dr. Peter Kalmus, who was joined by other scientists by chaining themselves to the doors of a JPMorgan Chase building in Los Angeles. According to scientists and to a 2020 report, JPMorgan Chase is the largest financer of fossil fuels than any other bank in the world.

Dr. Kalmus and other scientists emotionally clamored for people to start listening to them and to climate change experts during their “Scientist Rebellion” last week, following a detailed, major report from the United Nations’ Intergovernmental Panel on Climate Change which warned that the time to meet the world’s climate goals is swiftly running out. The NASA scientists were later on arrested and then released.

Since then, the trending topics all over the Internet have been climate change and climate activism. Social media users have been more unrelenting with their campaign to #LetTheEarthBreath by suggesting actions that can be done by individuals everywhere, and one method these users have been supporting is through the deletion of unwanted emails and preferring to use Ecosia as their search engine instead of Google.

Others have also connected the recent Scientist Rebellion and an interview with a climate activist on Good Morning Britain to the 2021 apocalyptic black comedy film Don’t Look Up, which was a satire targeting the government and media’s indifference and ignorance to the ongoing climate crisis.

While all that’s an okay way to start and a good thing to do, will deleting unwanted emails and changing browsers be enough to save Earth and let it breathe? The simple answer and what other users have been telling others is no. Those things aren’t enough to save the Earth.

You might be wondering why a resounding “no” is the answer, and don’t think we’re not advocating to letting Earth breathe. It’s simply this: small actions by individuals won’t have much effect if corporations and private companies continue to do big damage.

Yes, change your search engine. Yes, opt for greener alternatives to your daily needs. Yes, do all the things that you think are necessary to help the Earth and the environment. But what people need to realize is that demonizing people who can’t or choose to not do the same is not the answer. It’s holding big corporations accountable for continuously destroying the environment for their greed.

If big corporations continue on using fossil fuels or ignoring the climate crisis in its entirety, then what are our small actions for? We as individuals can only do so much. We can advocate for the climate and for the environment as much as we can, but if these private companies won’t do anything, then aren’t we doomed?

Aside from saving electricity, planting trees, recycling, deleting unwanted emails, etc., we should also clamor for accountability from these private firms that don’t seem to get the picture.

Save money and the environment with these zero-waste cooking tips 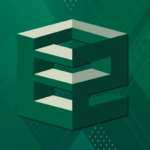 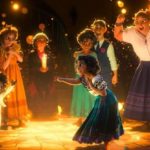 Fans translate and dub songs from ‘Encanto’ into Tagalog