From ‘Die Hard’ to ‘A Day to Die’, let’s look back at Bruce Willis’ filmography

The world woke to heartbreaking news last March 31 when it was announced that Bruce Willis will be stepping away from acting after being diagnosed with a neurological condition known as aphasia.

In a joint statement posted by the actor’s family on Instagram, they shared that Willis has been diagnosed with aphasia—a disorder that affects one’s ability to communicate—“impacting his cognitive abilities.” Due to this, the Die Hard star is retiring from “the career that has meant so much to him.”

Willis has been one of the biggest action stars in Hollywood with an acting career that spans four decades. He made his first breakthrough in acting after starring in the 1985 comedy-drama television series Moonlighting and became famously known in his stint in the 1988 critically acclaimed film Die Hard. Since then, he has appeared in over 100 films. He even made a ton of films in the last two years before his retirement.

From the action film series Die Hard to the recently released A Day to Die, let’s look at some of Bruce Willis’ movies that defined his career through the years.

Willis gained wide recognition after starring in the first franchise of Die Hard, where he played a New York Police Department detective named John McClane. The film centers around McClane who attempts to save his estranged wife who has been taken hostage by a group of German terrorists.

In 1992, Willis starred alongside Meryl Streep and Goldie Hawn in the film Death Becomes Her, where he played Dr. Ernest Merville.

The film follows the story of a novelist named Helen Sharp (Hawn), who lost her husband, Merville, to her frenemy Madeline Ashton (Streep). After the incident, Sharp became depressed and went to a psychiatric hospital. After recovering, Sharp returns home to seek revenge against the pair by stealing back Merville and killing Ashton. However, Sharp’s plan becomes impossible as Ashton has been taking treatment that grants her immortality.

12 Monkeys revolves around the story of James Cole, a prisoner in the year 2035, who is sent back in time to investigate the manmade virus that wiped out the human race. However, Cole is accidentally sent to the wrong year and winds up in a mental institution, where he meets psychiatrist Dr. Kathryn Railly (Stowe) and Jeffrey Goines (Pitt), the son of a virologist.

Set in the 23rd century, The Fifth Element sees Willis playing as Korben Dallas, a taxi driver and former special operations officer, who finds himself caught in the middle of a war and joins forces with a young woman named Leeloo (Milla Jovovich) to look for four mystical stones to save the planet Earth.

Not only did Willis play the role of a cop, a prisoner, and a boxer, but he also played the role of a child psychologist in the 1999 film M. Night Shyamalan’s The Sixth Sense.

Playing as Dr. Malcolm Crowe, the film’s premise centers on a young boy who claims to be seeing dead people who don’t know they’re dead. Because of his ability, the boy seeks the help of an award-winning child psychologist, Crowe. Crowe feels the case is all too familiar as the boy exhibits the same symptoms as his former patient who had taken his own life. So, he takes on the case to get a chance to redeem himself.

Willis teamed up once again with Jackson and Shyamalan in the 2000 film Unbreakable.

The film follows the life of Willis’ character named David Dunn, who discovers something extraordinary about himself after a train crash where he finds himself alive and strangely unscathed. Shortly after the accident, a man by the name of Elijah Price (Jackson) contacts him and tells him about his theory that Dunn might be unbreakable.

Following the success of Unbreakable, both Willis and Jackson have teamed up once again to reprise their roles as Dunn and Price, respectively, in the two follow-up films of the franchise: Split (2016) and Glass (2019), starring alongside James McAvoy.

Based on Miller’s original graphic comic series, Sin City’s plot tells different tales of crime: a cop (Willis) who vows to protect a young woman (Alba) from the hands of a child molester, an ex-convict (Rourke) who seeks to avenge his partner’s death, a previous “hero cop” (del Toro) who becomes corrupted and takes matter in his own hands, and a man (Owen) who becomes the protector of the local prostitute community.

Moonrise Kingdom is a coming-of-age film that follows the story of a 12-year-old orphan named Sam (Jared Gilman) who falls in love with his pen pal, Suzy (Kara Hayward). The young pair embarks on a journey to a secluded cove on the island, staying one step ahead of the search party organized by Sharp.

Willis also appeared in the 2019 film Motherless Brooklyn, where he played the role of Frank Minna, the head of a detective agency. The film’s premise centers on Lionel Essrog’s (Edward Norton), a detective with Tourette’s Syndrome diagnosis, journey to solve the murder of Minna, his mentor, and friend. Upon investigation, Essrog discovers more secrets that threaten the whole city of New York.

Willis has made over 13 films in the last two years. The most recent film that was released was the action film A Day to Die.

Playing the role of a corrupt police chief, Alston, the film follows Connor Connolly’s (Kevin Dillon) venture to pay a local drug lord (Gianni Capaldi) a hefty amount of money for killing a drug syndicate member and to get back his wife, who is being held hostage. Connolly is forced to team up with his old teammates and a corrupt police officer (Willis) to save his wife.

Bruce Willis may be retiring from acting, but we cannot deny that the man will forever be a brilliant actor and a legend. 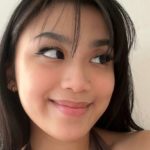 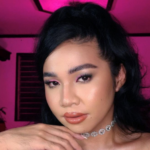