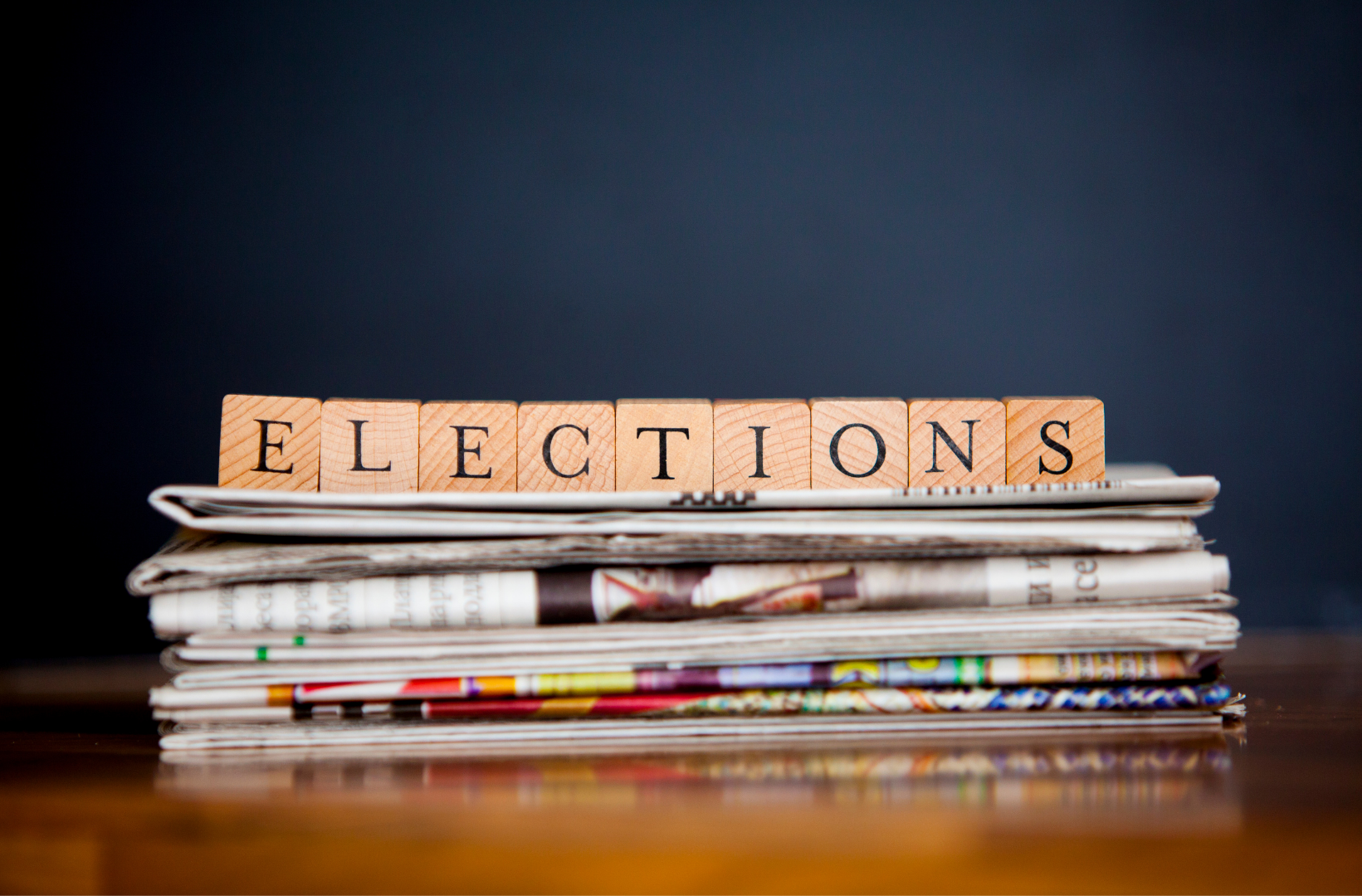 The election period can be stressful. In fact, our western brothers can attest to this: A survey conducted by the American Psychological Association showed that around 68% of U.S. adults reported that the 2020 presidential election was a significant source of stress for them.

Well, who wouldn’t be stressed? Not only are we in the middle of a pandemic, but we’re also in the middle of upholding the sanctity of our votes and making sure only the right individuals win the highest seats in our land. It will put a toll on anyone.

Filipinos are now counting down the days to the May 9 Elections, but we can all agree that our political climate has been extremely tense since the election period began back on January 9.

During this period, the political noise across all platforms will become deafeningly loud because each politician will do everything to get your vote, and being bombarded with political messages — as well as false information and fake news — while in a heated political climate can put most of us on edge. As a result, it will negatively impact our mental health, particularly our social and emotional well-being.

So, how can we protect our mental health from now until May 9? How can we take care of ourselves?

To better understand what we can do during this tense political climate, we sat down with Ms. Riyan Portuguez, known as Your Millennial Psychologist and an active member of the Pambansang Samahan sa Sikolohiyang Pilipino, and Ms. Ma. Honey Belle B. Vicencio, a registered guidance counselor and the secretary of the Integrated Professional Counselors Association of the Philippines (IPCAP) Inc. to discuss the impact of the election period on our mental health, signs to look out for if someone is overstressed, and tips to manage our mental health this election period.

Understanding the impact of the election period on our mental health

When talking about the impact of politics on our mental health, Portuguez explained that there are two aspects of mental health that are highly affected by the election period: our social and emotional well-being.

In terms of social well-being, Portuguez explained that our relationships with our friends and family can be affected by our different political opinions. She said, “This election shows that we have different political opinions. This can cause a strain [on] the relationship we have towards our family and friends, and that’s the biggest impact of [the election period].”

On a similar note, Vicencio pointed this out as well, saying: “Usually, the impact [of the election period] to an individual’s mental health depends on how a person takes the election seriously. For example, if there are people who don’t care about the election, their mental health isn’t technically affected.

“And while some people tend to not involve themselves in politics, some are quite eager to talk about it. There are instances that some people, particularly friends, fight against each other over having different political stands. So, technically, our mental health is affected in a way that politics takes over our social relationships with them.”

Furthermore, our emotional well-being is also affected more during these times. Portuguez stated that based on the behavior she observed online, she can see how some Filipinos online are highly stressed out, actively posting and expressing their thoughts and feelings on social media, particularly on Twitter.

Portuguez said, “If we observe the people’s behavior virtually, you can see that they’re highly stressed out. You can see posts from them online, saying, ‘Na-a-anxious ako’ (I’m anxious), ‘Hindi okay yung family ko, ang toxic nila’ (My family isn’t okay, they’re toxic), ‘Hindi sila nakakabuti sa mental health ko’ (They’re not good for my mental health). I’ve seen and read a lot of posts like this on Twitter and people are now more open to talking about their feelings [regarding politics and elections as a whole].”

Signs to know whether you’re ‘overstressed’ this election period

According to Vicencio and Portuguez, there are some signs we need to watch out for in order to determine if we’re already over-stressed during this election period.

For Vicencio, one sign a person is already over-stressed is when they’re overly involved and highly engaged in political discourses, and being consumed by their emotions, reaching to the point that they get triggered by a simple question and get easily angered. “When a person is overly involved, it affects them emotionally […] and one of the signs I’ve observed to know if someone is over-stressed is that they get triggered by a simple question. Even when asked politely and nicely, if it’s against their understanding and/or political bet, some people will get angry.”

She added that she also observed that some Filipinos talk and act differently in social media versus in real life when it comes to politics. Similarly, Portuguez has the same observation and she believes that this is stemming from frustration—another sign we should look out for.

“When you talk about frustration, it includes constantly feeling strong negative emotions, such as anger, fear, and [being] upset,” said Portuguez. “A person is highly stressed out when frustration is present and evident. You can see that they’re angry, scared, and sometimes they’d look for people to help convince and change another person’s mind. They may also start saying and posting words and messages online that people don’t typically say face-to-face. That and attacking the person (ad hominem) are all signs brought by frustration.”

Portuguez emphasized that there is nothing wrong in feeling this way since “we’re part of a system where we can vote for the person we think [is] fit to run the country.” But we need to know first the signs of whether we’re over-stressed in order to manage and take care of our mental health during this heated political climate.

Tips to manage your mental health this season

To manage the election-related stress and our mental health, these mental health professionals provided some tips to get through this period:

Take care of yourself. This is one of the most important things we should do: practice self-care. Get enough sleep, stay hydrated, listen to music, watch a movie or a series, declutter, and do things that we love — these are among the things we can do and provide to our body and mind, according to Portuguez.

Acknowledge your feelings. If we’re feeling upset, angry, anxious, or mixed emotions, acknowledge it. Acknowledging our feelings can help us determine how to handle ourselves and raise self-awareness. Portuguez also said that by doing this, it can also lead to having the right mindset where we can be more open and recognize the fact that we all have different stands. A right mindset will also allow us to communicate and understand better where we’re coming from.

Be physically active. When talking about being physically active, it doesn’t literally mean we have to work out. Portuguez pointed out that we can do a little bit of stretching, some simple exercises, or simply move around at home.

Practice compassion towards other people and towards yourself. Be kind and compassionate to other people. Portuguez said that it’s okay to feel frustrated with other people’s stance, but let’s also remind ourselves that like us, they’re also frustrated. She then went on to say that if we let our emotions get the best of us, there’s a possibility that we can’t understand where they’re coming from. And of course, let’s not forget to also practice self-compassion by focusing more on yourself and only on the things you can control.

Cut back on your use of social media. Both Portuguez and Vicencio suggest reducing the use of social media. Portuguez mentioned that it can help improve our mental health. On another note, Vicencio believes that even though social media has become one of our sources to keep us updated, the problem with these platforms is that some information is false and not factual. Seeing such posts can trigger an individual’s emotions, so as much as possible, we have to stay away from social media.

Take a pause from talking about politics. According to Portuguez, it’s okay to disengage and take a pause from participating in political discourses. It doesn’t mean that if we turn down and don’t talk about it for a while, we don’t already care anymore. Politics can be a significant source of stress; thus, Portuguez recommends focusing on yourself more and on other aspects of your life.

Managing our mental health is important during this election period, especially because Lord help us WE’RE STILL IN A PANDEMIC. Portuguez and Vicencio explained that if we don’t take care of our mental health, it will greatly impact our physical health and immune system, allowing us to become more vulnerable to physical illnesses.

“Regardless of the season, you have to be kind to your mind,” said Portuguez. “And vote for the right candidate because surely, it will impact your mental health, too.”

Vicencio also added, “You have to vote wisely. You have to think twice, thrice, or maybe a hundred times, too. But to decide who to vote for, you really have to take care and focus on yourself more to be able to have a clearer mind.” 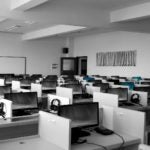 Returning to face-to-face work set-up: A choice or a responsibility? 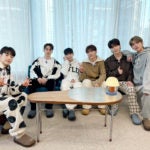