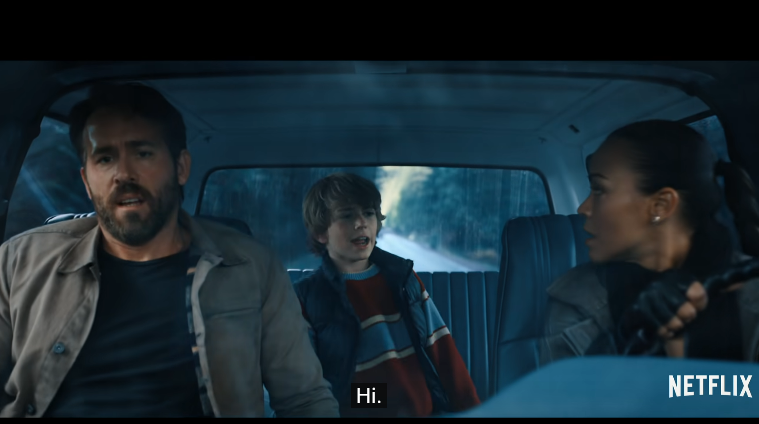 Let me preface by saying that when I was invited to the advance screening for this Netflix feature film, I dropped all expectations and prepared myself to really pay attention to the movie for the sake of an objective review, because rarely do kids’ movies captivate adults who are embattled with real-life issues and are now devoid of the concept of mentally escaping to fictional worlds. Personally, I can only allude to a handful of live-action sci-fi adventure movies that really deliver on the theme–E.T., Short Circuit, the entire Honey, I Shrunk The Kids franchise, Super 8, Batteries Not Included (I know–a lot of 80s sci-fi flicks here, because what era did it better than the New Wave era), Zathura, heck–even the totally unsettling Spy Kids! Because adventure! But The Adam Project has engrossed me, an adult, in a way that’s reminiscent of the experience I had watching the aforementioned sci-fi adventure titles:  I was curiously entertained.

The movie opens in a not-so-distant future outside of Earth where Adam, played by Vancity pride Ryan Reynolds, is on a mission to “time-travel” back to 2018 to “fix things up,” but ends up entering the year 2022 instead. On the 2022 side of things, we see a young Adam and his mom and their attempt at restoring their lives to normalcy after the loss of the physicist father Louis, played by Mark Ruffalo. Adam, a rather precocious boy played by young actor Walker Scobell, and his always-preoccupied mom Ellie, played by the lovely Jennifer Garner, try to navigate through the workings of their relationship, and their new normal, which includes work, school, and even dating for the mom. They live in a quaint house, in what seems to be like a quaint town, with a cute pup and seemingly normal everything (there’s no pandemic in this version of 2022. Yay!). That is until one evening, young Adam finds himself face to face with an older version of himself.

Why young Adam was not totally freaked out by this large occurrence, we’ll credit to the fast-paced nature of storytelling–a route the writers and director have taken, which is noticeably maintained throughout the film. Older Adam explains that he is on a mission to correct things that his physicist father have overlooked while he was working on a project that will enable (surprise!) time travel, in what would be a scientific breakthrough for the year 2018. Also, the research is called “The Adam Project.”

Older Adam has problems getting on with his mission, primarily because he’s been shot, and that he will need a fully restored DNA for his aircraft to function properly, and so this is where the young Adam comes in. Together, they go on a wild time traveling adventure, where they both fight literal and figurative forces to correct future mistakes–the completion of the Adam Project, the absenteeism of Adam’s father, the death of older Adam’s wife Laura (played by Zoe Saldaña), the transition of the antagonist Sorian (played by Catherine Keener) from a mild-mannered physicist to a full-on Elizabeth Holmes. Like, a wide range of future mistakes, actually.

For the discerning viewer, the whole time travel aspect of the film will definitely raise flags as it constantly glosses over real-life physics and logical concepts, like the whole time travel paradox or even chaos theory as young Adam and older Adam travel together and meet key people together. But let’s be honest–no one’s going to watch this to figure out whether the paradox-free travel is legit or not, and all those plot holes and scientific inconsistencies and inaccuracies have been creatively and effectively masked by the glue that tightly holds the movie together: Mr. Ryan Reynolds himself. Reynold’s brand of zingers, deadpan one-liners, and his Deadpool-esque action sequences (replete with high-tech devices and a lightsaber-looking stick which I will recognize as an homage to Star Wars) are what makes this movie extra enjoyable than it already is. He also has a comedic chemistry with Scobell, making their banter all the more interesting and relatable. You can, for a moment, forgive the contextual hiccups of the movie if only to enjoy all the action scenes and the light tugging of heartstrings every so often.

Perhaps the only unforgivable part of the film is the production injustice over Keener’s CGI for the scenes that required her to be FIVE years younger–which could have been pulled off by way of good old make up magic. Because it was undeniably disconcerting, seeing actual Keener talking to a CGI Keener that looks like it could easily be a silicone replica that’s being made to move. But apart from this, everything else delivers on the entertainment value. The movie unravels itself by the minute, starting out chaotic good, but wrapping up neatly as it ends. I would even go as far as saying, maybe when the team behind The Adam Project were conceptualizing this movie, they had people like me, a child of good sci-fi adventure flicks, in mind, and that maybe the intended byproduct of this is to pass this kind of awe and wonder and curiosity to today’s kids. Maybe.

Adventure films that have kids at the front and center of the storyline will always make for good family viewing–and by family viewing, we mean the kind where kids watch while the adults stay glued on their phones, or worse, doze off into slumber land. The Adam Project tries to steers clear of that pitfall by making sure it connects to everyone watching, and even goes one step further by making sure you remember the kid in you, one who’s excited for adventures that lay ahead.

P.S. You never leave the dog! If this gets a sequel, have Adam bring the pup along in his adventures.

The Adam Project is now available for streaming on Netflix.

In Baz Luhrmann’s ‘Elvis’ biopic, the King of Rock and Roll is a canvas for showing 50s-70s America 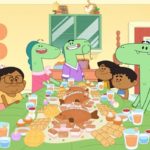 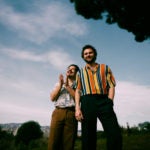