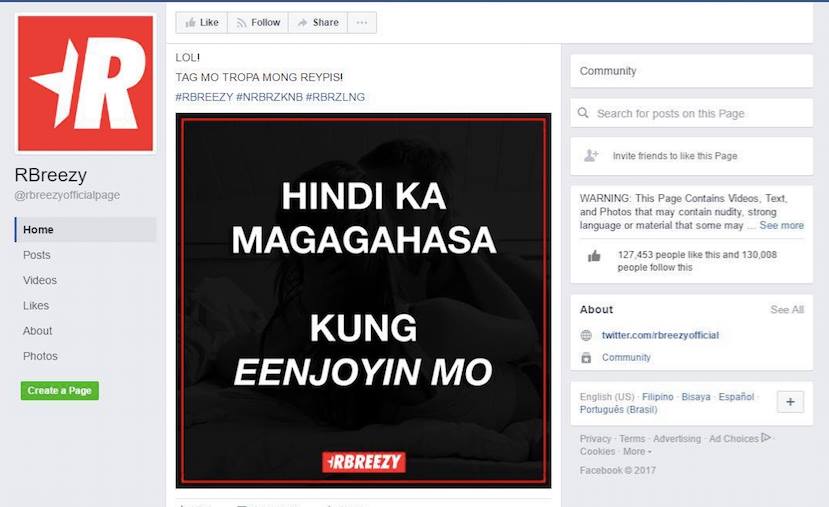 Everyday, women and children all over the world are raped or experience sexual abuse. While most cases of rape or sexual violence are perpetrated by men, there have been cases where they are also victims of male rape.

Countless people — men and women, adults and children — suffer tremendously from the trauma of sexual abuse, forever scarred by the horrors of this terrible crime. So why do some people think it’s okay for rape to be treated lightly, often under the guise of a “joke”?

A Facebook page called “RBreezy” thought it would be “funny” to promote rape culture when they posted a photo that says “Hindi ka magagahasa kung eenjoyin mo” (“You won’t get raped if you’ll enjoy it”). They even invited people to tag their “rapist friends” in the caption.

Is this supposed to be funny? Do we all LOL now?

Netizens immediately called out the admin of the page and expressed that the post was insensitive, disgusting, and downright offensive to victims of rape. Many encouraged others to report the photo and the page itself for making light of something as serious as rape and treating it as a laughing matter.

One commenter also shared a screenshot of a Facebook post of Luwii Wang who refers to rape as “not a crime” but as “surprise sex”. 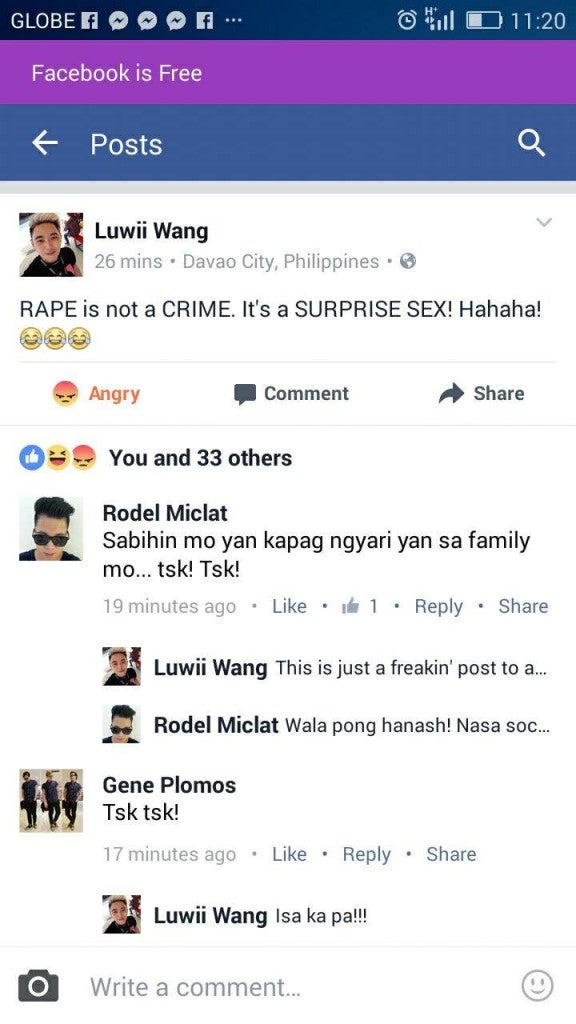 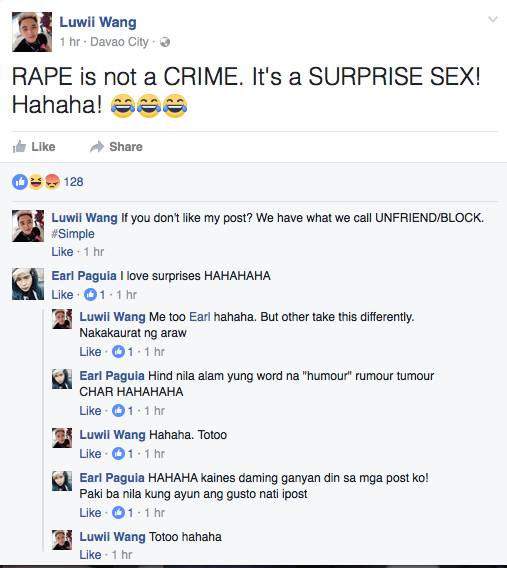 As victims of rape and sexual abuse/violence cry themselves to sleep at night, some people can’t seem to understand why this kind of “humor” is unacceptable. 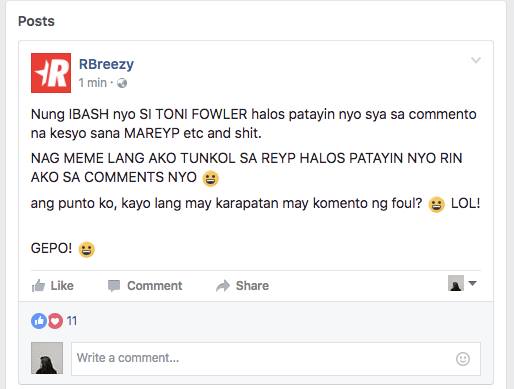 Sure, everyone of us is entitled to post whatever the hell we want on social media. But the freedom to post anything also comes with a social responsibility about certain issues and not promote it as a laughing matter especially when you’re blasting it out to your 130,000 followers.

Our online freedom of expression doesn’t give us or anyone the right to slut shame others. 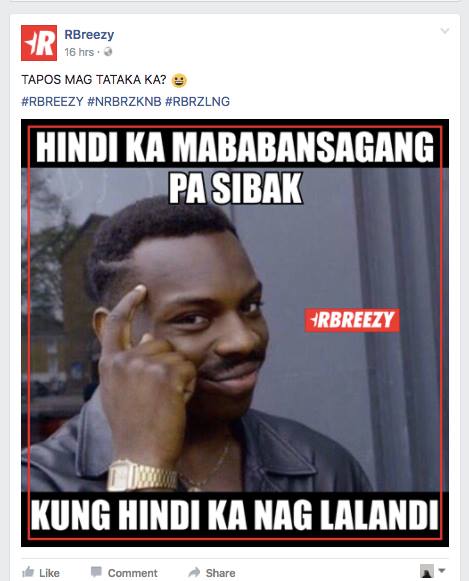 There is no excuse to create posts like this about AIDS: 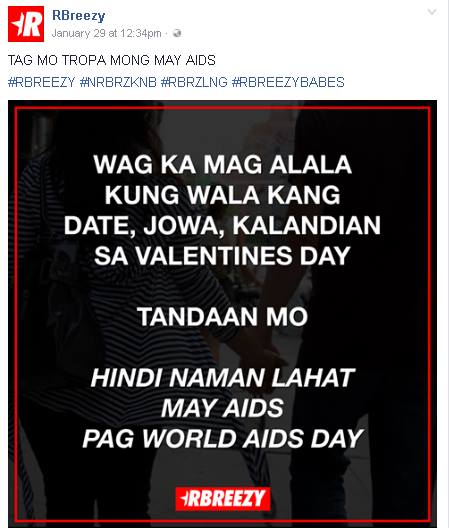 And as RBreezy’s followers laugh about these things, there are REAL people who suffer in silence, forever chained to an inescapable reality that makes some of them choose to end their lives instead of living in a world where what they’re going through is treated as a joke.

Oh and btw, cheers to us “haters”, there’s now a petition to shut down this page. 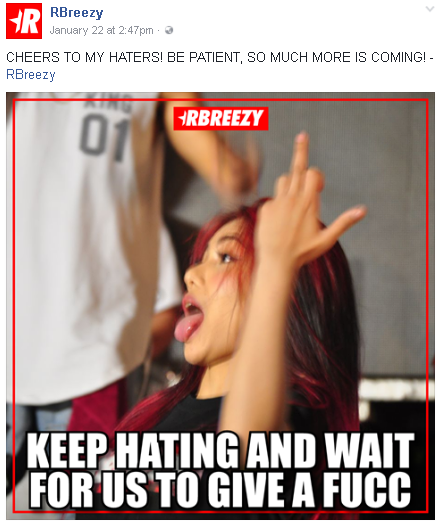 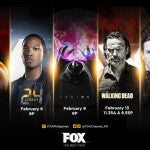 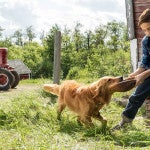 Every dog happens for a reason in “A Dog’s Purpose”