6 facts about Jose Rizal that’s sure to make you say ‘how to be you po, doc?’

Who doesn’t know who the great Dr. Jose Rizal is? Raise your hands right now, because you need to go get a refund from your elementary school if you are not at least familiar with his life and works. As our national hero, I bet some of us would say we know more about him than we know some of our friends, right?

But just as it still surprises you to know something new about your besties, these six intriguing things about our National Hero will surely amaze you and make your resume pale in comparison:

1. He was a polyglot…
Rizal was fluent in twenty-two languages (Hebrew, Filipino, Ilokano, Bisayan, Subanon, Chinese, Latin, Spanish, Greek, English, French, German, Arabic, Malay, Sanskrit, Dutch, Japanese, Catalan, Italian, Portuguese, Swedish and Russian) and had a knack for switching from one language to another when he was writing.

2. …and a polymath.
If you think speaking 22 languages is not awesome enough, Rizal was also a certified polymath, which means a person of great learning in several fields of study. He was a journalist, playwright, ophthalmologist, farmer, historian, painter, novelist, engineer, and educator. He also had varying degrees of expertise in economics, ethnology, sociology, anthropology, architecture, cartography, martial arts, dramatics, fencing, and pistol shooting.

3. Rizal was also a sculptor.
If you think being a polyglot and a polymath makes your resume look bad compared to Rizal’s, then wait until you hear that he was also a — tada! — sculptor.

At 14 years old, using batikuling wood, Rizal carved a 9-inch statuette of the Sacred Heart. He also made masterpieces out of plaster, terracotta, wax, and clay.

Now is your cue to say: “Reaallllyyy? Is there anything this dude can’t do?” Yes, there is! He admits he cannot sing very well.

Whew! Well, that at least makes him human like we are. But hey, not finishing a degree should ever keep you from doing what you are passionate about.

5. Three animal species were named after Rizal
There were three species of animals that were named after Rizal (which he apparently collected while he was in Dapitan) and these are: Apognia Rizalis (Heller), Draco Rizali (Wandolleck), and Rachophorous Rizali (Boetger). The first is a type of beetle, the second, a flying dragon, and the last, a species of toad.

I don’t think we’ll have a chance to have a species of animal named after us. So I guess you have to settle with your annoying siblings naming their pets after you! *evil laugh*

6. Rizal was extremely popular even in various parts of the world
It’s not unusual to find streets and monuments named after Rizal in our country, but when monuments were made in other countries in his honor, that’s something! Monuments, roads, and bridges were named after Rizal in these countries: Spain, Germany, China, USA, Mexico, Peru, Czech Republic, and Canada.

Yet, his popularity was not only limited to these infrastructures. In fact, a Wickes-class destroyer was named after Rizal by the United States Navy called, USS Rizal (DD-174). He also appeared in the 1999 Medal of Honor video game as one of the secret characters in the multiplayer game setup.

How to be you po, Doc? #MrBlessed 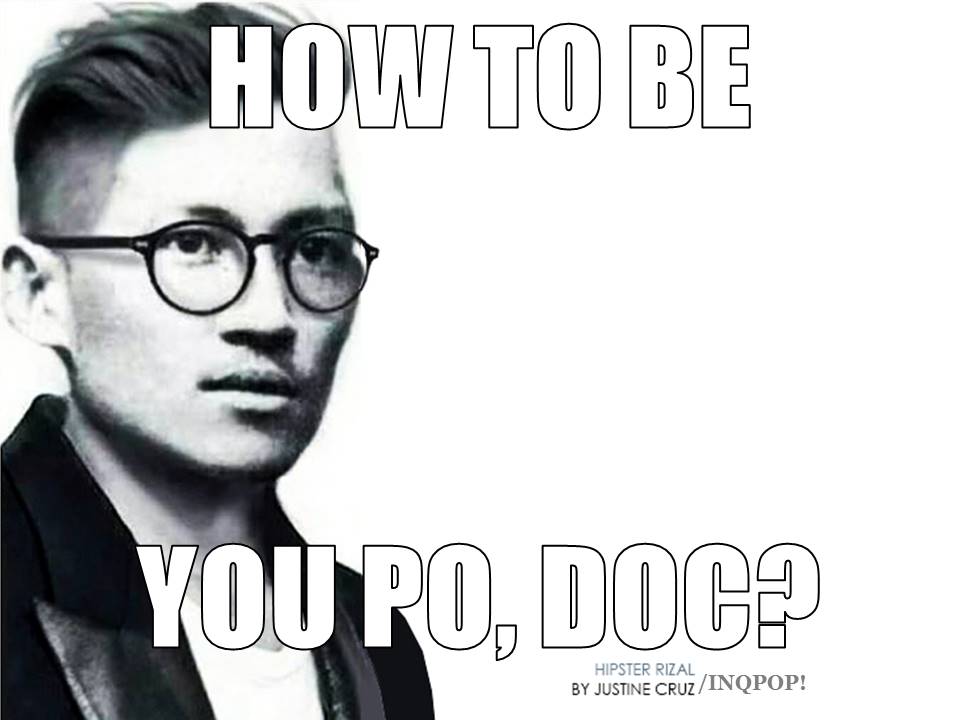