Follow us:
Beauty and the Beast (2017) Emma Watson as Belle © Image courtesy of Entertainment Weekly http://www.ew.com/gallery/beauty-and-the-beast-photos

When Disney released nine new images via Entertainment Weekly as a sneak peek to the live-action musical of the classic fairy tale, Beauty and the Beast, everyone got a little hyped up about it. 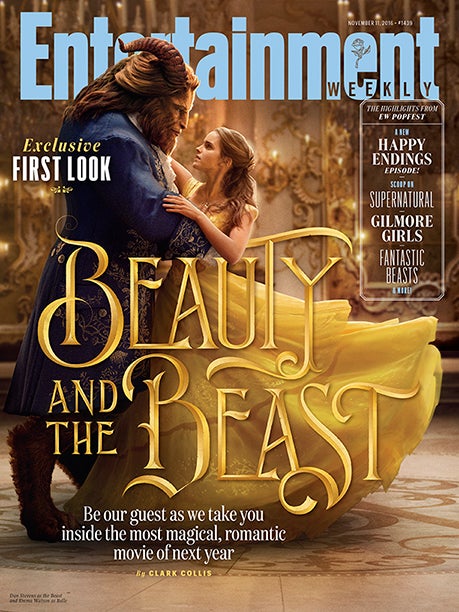 And who wouldn’t, when you have these six things to look forward to when the film is finally released in theaters on March 2017! 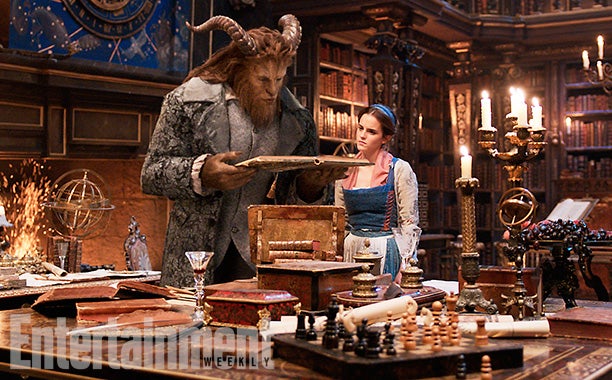 We already know that Emma Watson is Belle and Dan Stevens is the Beast in the film. Joining them are Ewan McGregor as Lumiere, Ian Mckellen as Cogsworth, Emma Thompson as Mrs Potts, Luke Evans as Gaston, Kevin Kline as Maurice, Stanley Tucci as Cadenza, Gugu Mbatha-Raw as Plumette, Josh Grad as LeFou and Audra McDonald as Wardrobe. 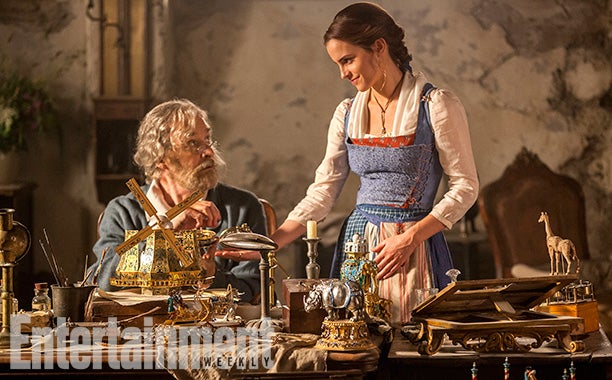 2. Get to hear Ewan McGregor speak with a French accent!

The Scottish actor had to study the French accent for the role of Lumiere. He admitted that he had trouble perfecting the accent and even had to re-record his whole performance as he sings “Be Our Guest” during post-production. 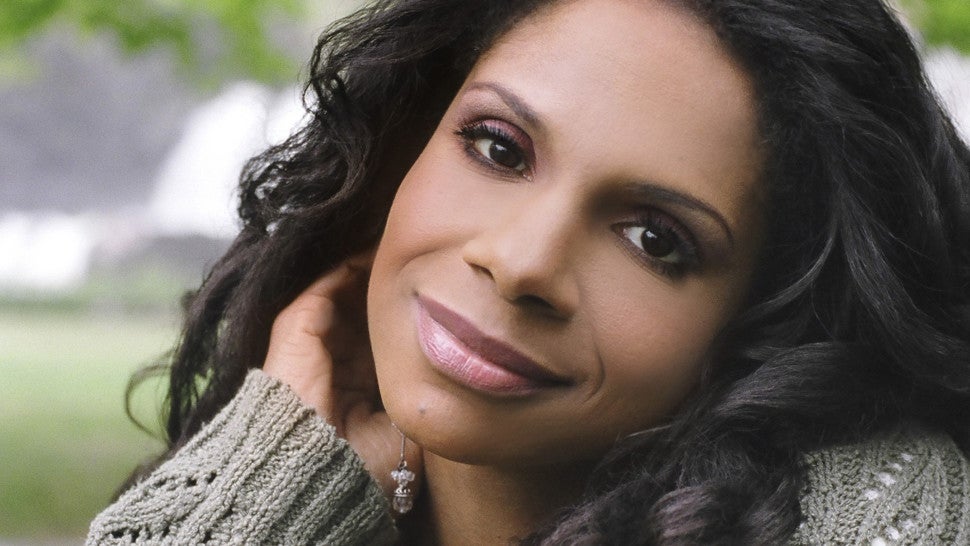 Audra McDonald who plays Madame De Garderobe (and was turned into a wardrobe in the tale) will have a “special music moment.” What that moment could be, we have to wait until the release of the film. But hey, hearing her lovely and operatic voice in the film is sure to be a treat! 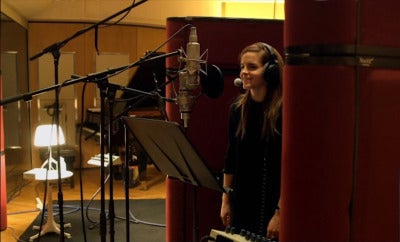 Aside from hearing your classic Beauty and the Beast songs, Alan Menken promises that three new ballads will be included in the film. He even teased about making some changes to one iconic song in the film! They have unearthed unused lyrics written by lyricist Howard Ashman for the animated flick and will finally bring it to good use.

5. See the teapot, the candelabra, and the little grandfather clock dance! 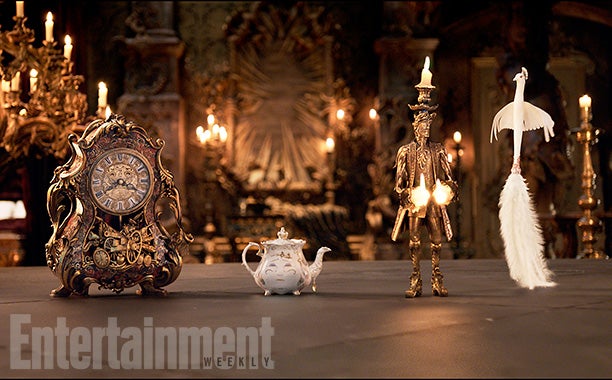 Beauty and the Beast (2017)
The mantel clock Cogsworth, the teapot Mrs. Potts, Lumiere the candelabra and the feather duster Plumette
© Image courtesy of Entertainment Weekly

I know you’ve seen them dance during the animated version, but this is a live-action film! Despite your knowledge of CGI, you can’t help but wonder how they will pull this off at the end! Keep your fingers crossed that Disney won’t disappoint.

6. Watch Belle become more than just a bookworm, but also an inventor. 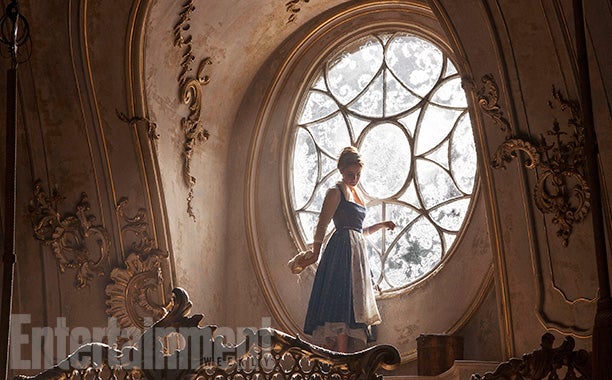 Beauty and the Beast (2017)
Belle (Emma Watson) in the Ballroom of the Beast’s castle.
© Image courtesy of Entertainment Weekly

With UN activist Emma Watson, playing the role of Belle, it wouldn’t come as a surprise that she gave her character a feminist twist for the film. Emma disclosed that they created a backstory for her and turned her into an inventor like her father, Maurice, to add depth to the story.

Disney’s live-action film adaptation of the classic fairy tale, Beauty and the Beast will be in theaters this March 2017.

You can view the official trailer below: