A group of overachieving prep school students band together and learn to rock out when they meet their new, unconventional substitute teacher in Nickelodeon’s highly anticipated live-action comedy series School of Rock, premiering in Asia on Friday, 7 October at 5pm (TH) and 6pm (HK/PH/SG). The series, produced with Paramount Television, will continue to air on weekdays starting Monday, 17 October at 3.30pm (TH), 4.30pm (HK/SG) and 8pm (PH). Nickelodeon Play app users in Singapore can watch the first two episodes for free fromMonday, 5 September.

The series features guest appearances from Pete Wentz (Fall Out Boy), Kendall Schmidt (Big Time Rush) and Kira Kosarin (The Thundermans). Episodes will include musical performances by the cast covering hits “What I Like About You” (The Romantics),“Lips Are Movin” (Meghan Trainor), “The Kids Are All Right” (The Who), “We’re Not Gonna Take It” (Twisted Sister), “Shut Up and Dance” (WALK THE MOON), “Heart Attack” (Demi Lovato) and more.

From Friday, 23 September, fans can access additional content such as musical games, quizzes, and more at www.nick-asia.com/schoolofrock.

School of Rock is developed by Jim and Steve Armogida (Crash & Bernstein,Grounded for Life), who also serve as Executive Producers with Jay Kogen (The Simpsons, Henry Danger). The 2003 movie of the same name was written by Mike White. Its director Richard Linklater and producer Scott Rudin serve as series Executive Producers, along with Eli Bush (The Newsroom, Ex Machina).

About Nickelodeon
Nickelodeon is one of the most globally recognized and widely distributed multimedia entertainment brands for kids and family. It has built a diverse, global business by putting kids first in everything it does. The company’s portfolio includes television programming and production around the world, plus special events, consumer products, digital offerings, recreation, books, feature films and pro-social initiatives. Nickelodeon’s brands reach 1.1 billion cumulative subscribers in more than 160 countries and territories, via more than 80+ locally programmed channels and branded blocks. Outside of the United States, Nickelodeon is part of Viacom International Media Networks, a division of Viacom Inc. (NASDAQ: VIAB, VIA), one of the world’s leading creators of programming and content across all media platforms. For more information about Nickelodeon in Asia, visit www.nick-asia.com. ADVT. 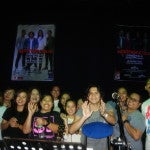 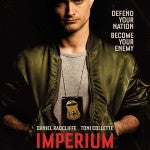