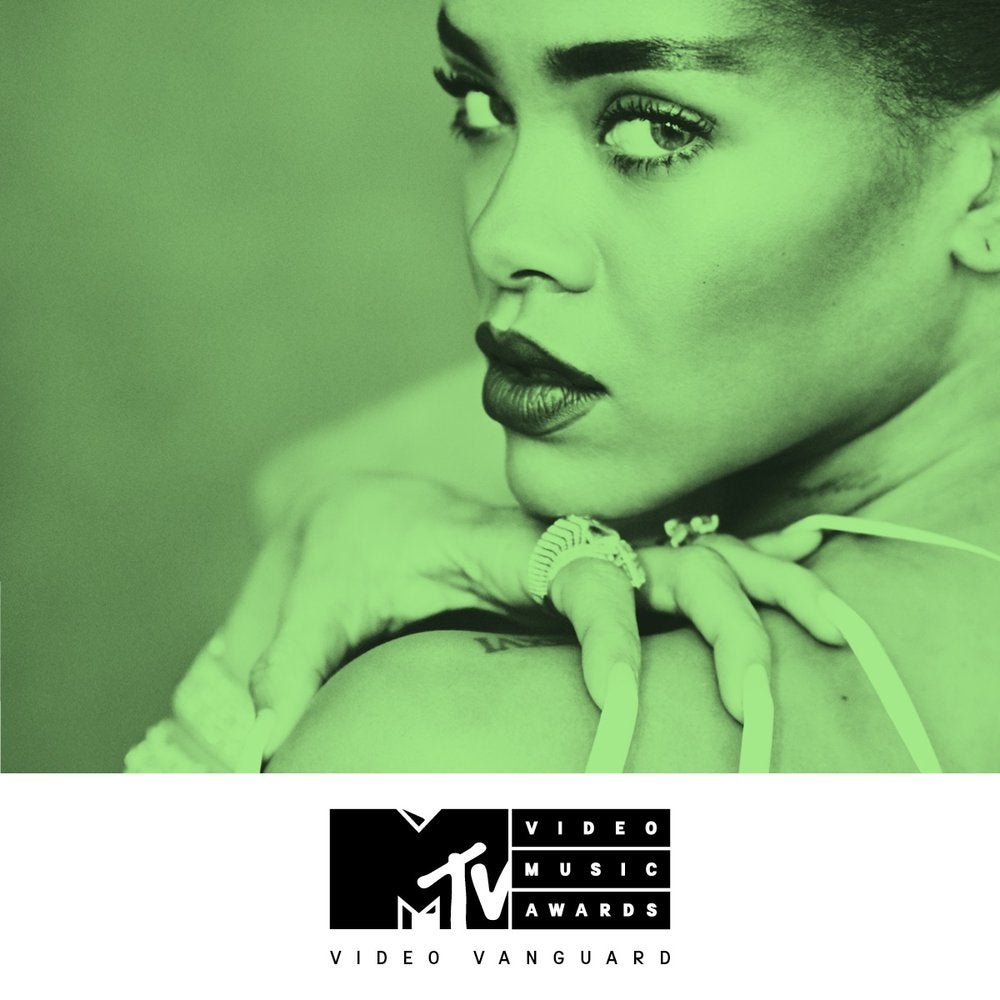 The “MTV Video Music Awards” will bestow Rihanna with its highest honour, the “Michael Jackson Video Vanguard Award,” for her decade-long impact on music, pop culture, fashion, film and philanthropy. Rihanna will perform during the ceremony LIVE on MTV from New York’s iconic Madison Square Garden on Monday, 29 August at 8am (TH/WIB) and 9am (MY/PH/SG). The show will air on MTV LIVE HD on Tuesday, 30 August at 7.30pm (TH/WIB) and 8.30pm (HK/MY/PH/SG).

Two-time VMA “Video of the Year” winner and the youngest solo artist to score 14 No. 1 singles on the Billboard Hot 100—the fastest to do so, Rihanna’s unparalleled output of hits have spawned some of today’s most memorable music videos from “Umbrella” to “We Found Love,” “Diamonds” and her most recent collaboration with Drake on “Work.”
With this honour, Rihanna joins the prestigious list of past Vanguard recipients including Michael Jackson, Madonna, Peter Gabriel, Guns N’ Roses, Beastie Boys, Britney Spears, Justin Timberlake, BEYONCÉ and Kanye West.

It is hard to believe that Rihanna is only 28 years old, yet within the 10 years since the start of her musical career, she’s sold more than 61 million albums and 215 million tracks worldwide. Rihanna is the “Best Selling Digital Artist of All Time… with more than 100 million [RIAA] Gold & Platinum song certifications” and an eight-time Grammy Award winner who also counts 14 Billboard Music Awards among other countless music accolades. Aside from her musical achievements, Rihanna is bona fide business woman with multiple entrepreneurial ventures. However, most importantly, her undeniable cultural influence has forever imprinted her in history as a Global Icon despite her young age.

With over 81 million Facebook fans, 64 million Twitter and 42 million Instagram followers, Rihanna is putting her influence to good use via additional philanthropic efforts. Chief among these is her own Clara Lionel Foundation. Established in 2012 and named after Rihanna’s beloved grandparents Clara and Lionel Braithwaite, the foundation works to improve the quality of life for communities globally in the areas of health, education, arts and culture.

About MTV
MTV is the world’s biggest youth entertainment brand. With a global reach of nearly 785 million households, MTV is the cultural home of the millennial generation, music fans and artists, and a pioneer in creating innovative programming for young people. MTV reflects and creates pop culture with its award-winning content built around compelling storytelling, music discovery and activism across TV, online and mobile. Outside of the United States, MTV is part of Viacom International Media Networks, a division of Viacom Inc. (NASDAQ: VIAB, VIA), one of the world’s leading creators of programming and content across all platforms. For more information about MTV in Asia, visit www.mtvasia.com. ADVT