Walt Disney Animation Studios’ “Moana,” which opens in theaters across the Philippines on Nov. 30, 2016, features a dynamic roster of characters brought to life by a talented group of actors. Directed by Ron Clements and John Musker, who were behind “The Little Mermaid” and “Aladdin,” “Moana” showcases the life-changing journey of a tenacious 16-year-old who teams up with the mighty demigod Maui to fulfill an ancient quest.

The newly revealed characters and voice talent join the already announced duo that includes newcomer Auli‘i Cravalho, who lends her voice to the title character, Moana, a teenager who dreams of becoming a master wayfinder, and Dwayne Johnson (HBO’s “Ballers,” “Central Intelligence”), who voices Maui—half god, half mortal, all awesome.

“Our assembled voice cast for this film is beyond our wildest dreams,” said Musker. “We are so fortunate to have this group of talented actors, many from Oceania, breathing life into their characters.”

Added Clements, “We are so thankful to have found such extraordinary people who not only capture the voices of these characters, they elevate them in every way.”

Joining Cravalho and Johnson are the following performers.

JEMAINE CLEMENT (“The BFG,” “Despicable Me,” “Rio,” “Rio 2,” “What We Do in the Shadows,” Flight of the Conchords) provides the voice of TAMATOA, a self-absorbed, 50-foot crab who lives in Lalotai, the realm of monsters. The conceited crustacean wants to be more than a “bottom feeder” and overcompensates for this perceived shortcoming by covering himself in all things shiny.

RACHEL HOUSE (“Whale Rider,” “Hunt for the Wilderpeople”) lends her voice to GRAMMA TALA, Moana’s confidante and best friend, who shares her granddaughter’s special connection to the ocean. Although her son Tui, the chief of Motunui, is a no-nonsense leader, Gramma Tala most definitely dances to the beat of her own drum.

TEMUERA MORRISON (“Star Wars: Episode II – Attack of the Clones,” “Once Were Warriors,” “Six Days, Seven Nights”) voices Moana’s father, CHIEF TUI, the gregarious and well-respected leader of the people of Motunui Island. Chief Tui wants Moana to follow in his footsteps as leader of their people, but fears his daughter’s draw to the ocean and the world that lies beyond their reef.

NICOLE SCHERZINGER (Grammy®-nominated singer, West End’s “Cats”) voices Moana’s mother, SINA, who always has her daughter’s back. Playful, sharp and strong-willed, Sina appreciates Moana’s longing to be on the water, but also wants to protect her daughter from the fabled dangers beyond the reef.

ALAN TUDYK, Walt Disney Animation Studios’ lucky charm (“Zootopia,” “Wreck-It Ralph,” “Big Hero 6”), is behind the voice of HEIHEI. Heihei is one dumb rooster—the village idiot, in fact. When the clueless chicken accidently stows away on Moana’s canoe, he lands a front-row seat for her epic journey.

The roster of characters also includes the KAKAMORA, an intense team of crazy, coconut-armored pirates who will stop at nothing to get what they want, and PUA, Moana’s loyal pet pig with puppy energy and an innocent puppy brain.

Three thousand years ago, the greatest sailors in the world voyaged across the vast Pacific, discovering the many islands of Oceania. But then, for a millennium, their voyages stopped – and no one knows why. From Walt Disney Animation Studios comes “Moana,” a sweeping, CG-animated feature film about an adventurous teenager who sails out on a daring mission to save her people. During her journey, Moana (voice of Auliʻi Cravalho) meets the mighty demigod Maui (voice of Dwayne Johnson), who guides her in her quest to become a master wayfinder. Together, they sail across the open ocean on an action-packed voyage, encountering enormous monsters and impossible odds, and along the way, Moana fulfills the ancient quest of her ancestors and discovers the one thing she’s always sought: her own identity. Directed by the renowned filmmaking team of Ron Clements and John Musker (“The Little Mermaid,” “Aladdin,” “The Princess & the Frog”) and produced by Osnat Shurer (“Lifted,” “One Man Band”), “Moana” sails into Philippine theaters on Nov. 30, 2016. For more information, visit http://disney.com/moana, like us on Facebook, https://www.facebook.com/disneymoana; follow us on Twitter, http://www.twitter.com/DisneyAnimation; follow us on Instagram, https://instagram.com/DisneyAnimation. 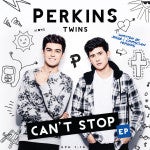 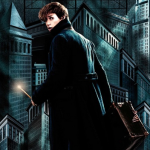