“The Shallows” main poster now features what most of us are scared of: A shark 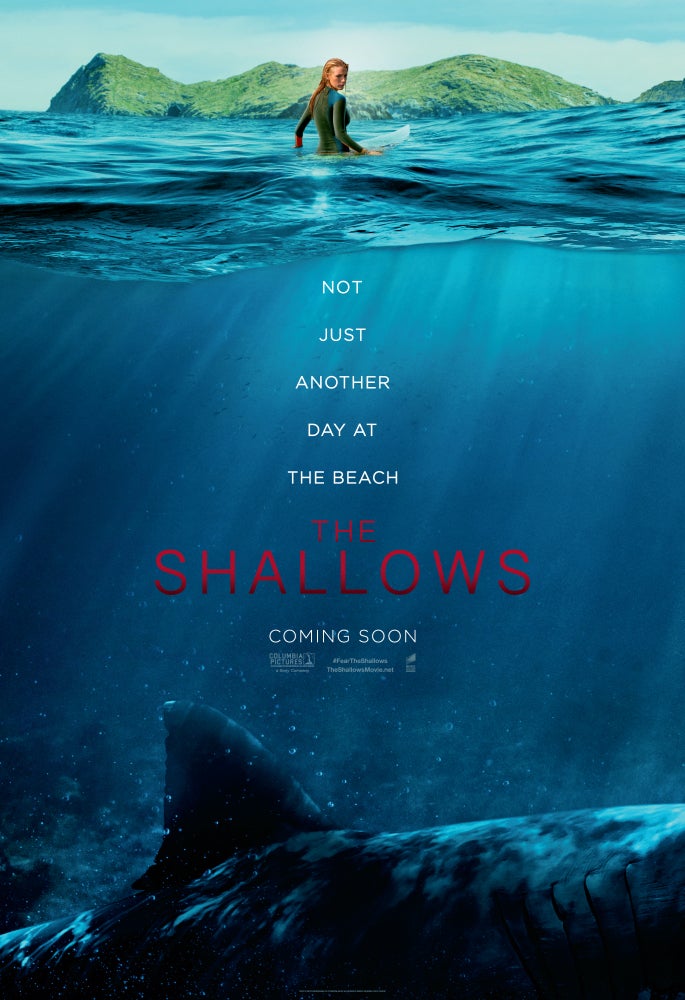 In the taut thriller “The Shallows,” Nancy Adams (Lively) is surfing on a secluded beach when she finds herself in the feeding ground of a great white shark. Though she is stranded only two hundred yards from shore, survival proves to be the ultimate test of wills, requiring all of Nancy’s ingenuity, resourcefulness, and fortitude.

The film is directed by Jaume Collet-Serra (“Unknown,” “Non-Stop”) from a screenplay by Anthony Jaswinski (“Vanishing on 7th Street”), and produced by Lynn Harris (“Blade: Trinity”) and Matti Leshem. Executive Producers are Doug Merrifield (“Pirates of the Caribbean: At World’s End”) and Jaume Collet-Serra.

"The Shallows" main poster now features what most of us are scared of: A shark
Blake Lively
The Shallows
INQPOP! Stories we think you might also like: