If you’ve ever wondered what makes Ronda Rousey “The Most Dominant Athlete Alive” on the planet, this SportsCenter video of her training at the gym will explain everything.

Like her or hate her, Ronda Rousey is one genuinely cool person who isn’t afraid to let her geek flag fly. A simple Google search using the keywords “Ronda Rousey geek” will give you about 1,300,000 results. Here’s some of our favorite Ronda Rousey nerd moments:

This video of her geeking out about her Pokemon obsession is just too adorable to handle.

“My first Pokemon was a Charmander, and I was immediately hooked on it. I lost a bunch of weight that summer and I was a small kid cuz I would not stop playing… like I would literally be playing it and I wouldn’t stop, and I would have a stack of graham crackers next to me because I would not get up to eat.”

Opening up about her crush on Vegeta of Dragon Ball Z fame.

That time she donned a Vegeta shirt in Wrestlemania. 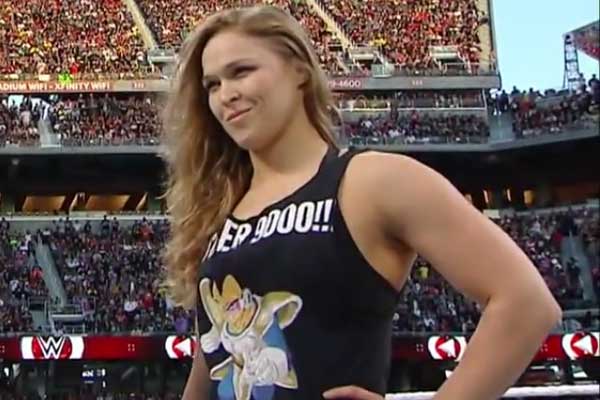 On why her favorite Pokemon is Mew. 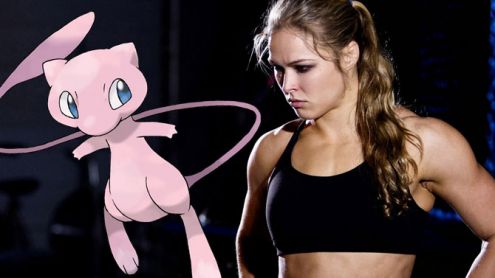 “Mew is the originator of all the other Pokémons… I actually went to the mall for those Pokémon events, those little tournaments to get me a Mew. I wanted Mew so bad. I waited in line with all the other nerds for hours. I wanted to get me a Mew, and a Mew certificate of authenticity that I taped to my wall.”

She’s admitted to wanting to play Miss Marvel in a movie if given the chance. 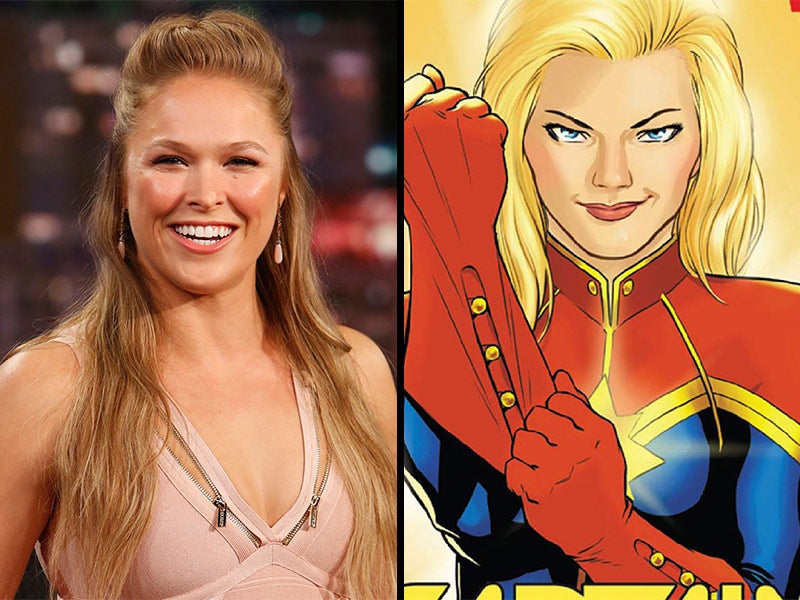 She also plays a Night Elf in World of Warcraft… 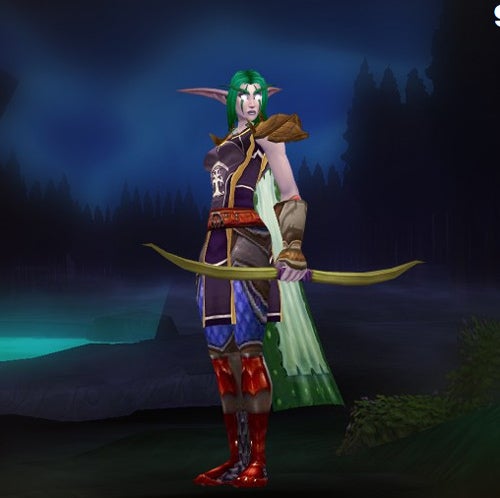 …has been known to dress up as Sailor Moon… 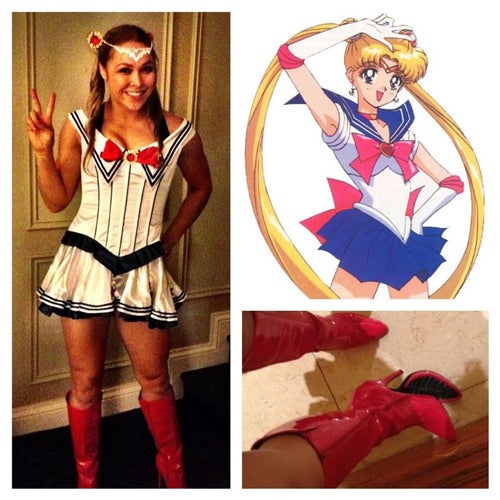 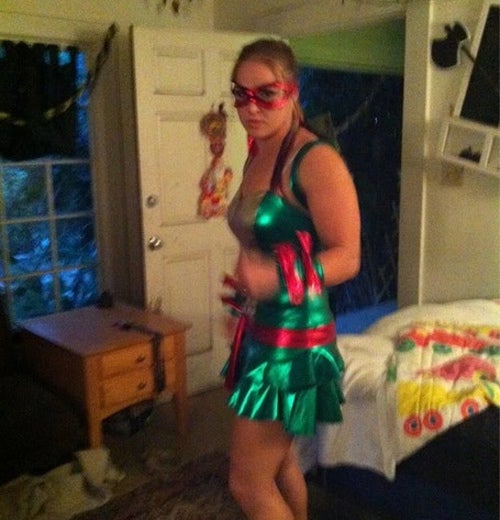 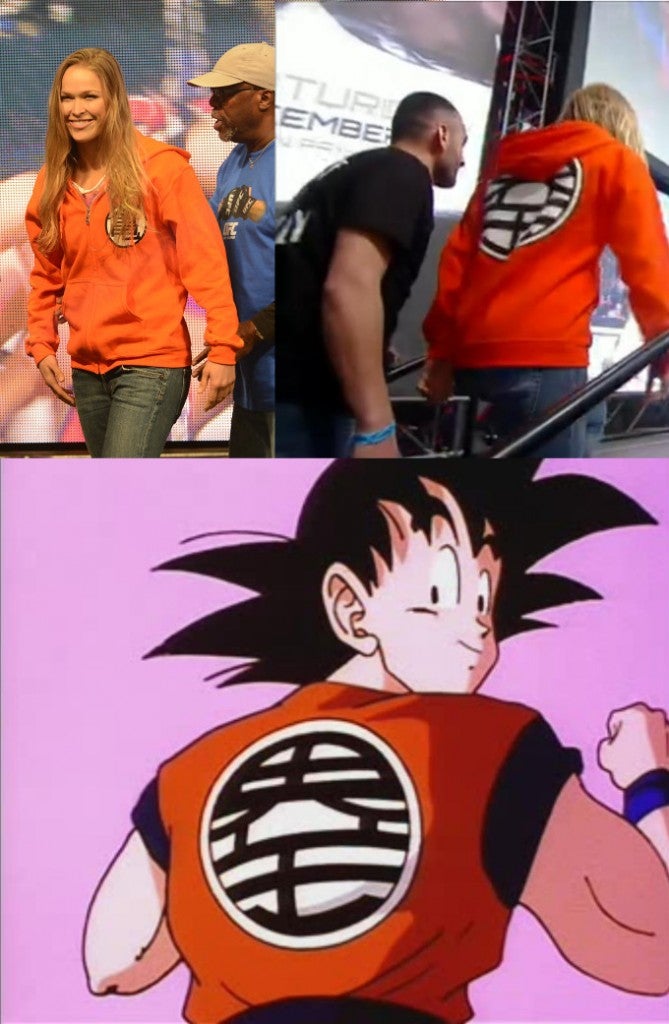 Oh, Ronda. Could you be any more perfect? 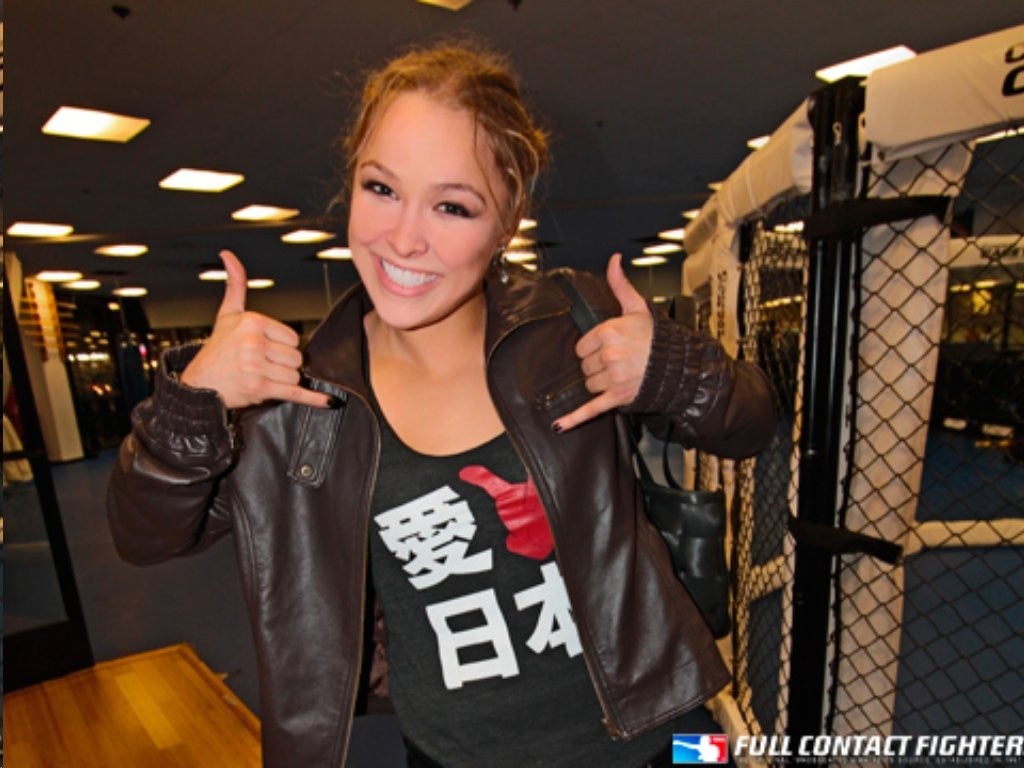