In South Korea, some users of dating applications are reporting being fooled by profiles where only photos of the user wearing a mask are available. This phenomenon is called “magikkun,” and it’s causing a buzz in the dating app community.

Magikkun is the word used by Koreans in search of romance to describe the deception of users who wear a mask on their dating app profile pics. It’s a combination of the English word “mask” and the Korean word “saggikkun,” meaning “fraud.”

The number of profile pictures in which users sport a mask in South Korea has increased sharply according to some apps and many profiles only show the user with a masked appearance.

The result is that numerous Koreans are complaining of being duped when they meet in real life and see their correspondent without a mask. A phenomenon of “massive mask fraud” that gave rise to this neologism, which is trending in South Korea.

And it’s reached such a level of attention and consternation that the CEO of Blind Date, an online dating app, assured the Korea Herald on Monday, Jan. 17 that the application only allowed “one photo with a mask per profile.”

One possible explanation for this phenomenon is that masks allow users to hide part of their face and therefore appear more attractive in their profile. JB

Tom and Zendaya, Andrew and Emma warned against dating by ‘Spider-Man’ producer 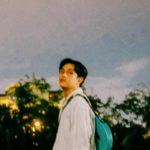 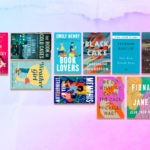