These girls got the beat, and no one can deny it.

On December 27, 2021 at 12 M.N. KST, SM Entertainment announced the formation of a brand-new “super group” or their female idol group version of “SuperM”, “Girls on Top”. 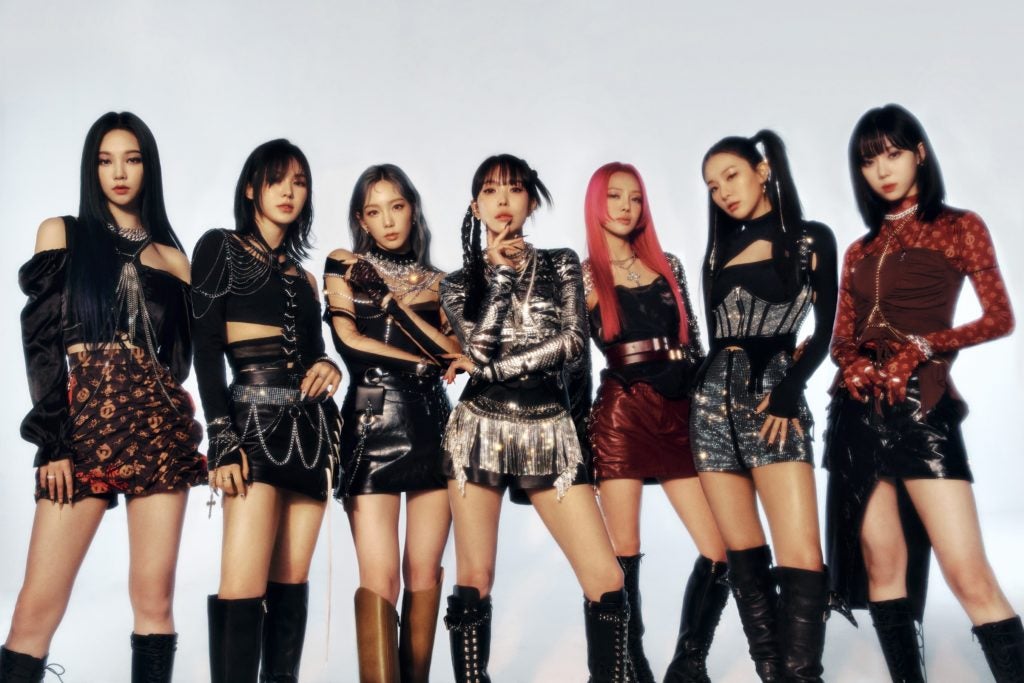 Rumors of a female version of SuperM have been circulating on social media for a while now, with many K-Pop stans having their own picks for SM Entertainment’s “SuperW”. But finally, SM Entertainment revealed their line-up for this top female idol group.

Girls on Top, or GOT, consists of BoA, Girls’ Generation’s Taeyeon and Hyoyeon, Red Velvet’s Seulgi and Wendy, and aespa’s Karina and Winter. A real powerful line-up, me thinks.

According to the group’s official Twitter, the girl group will be having a special stage performance on January 1, 2022 (possibly at SMTOWN’s free online concert on the same day), and will release their first song on January 3, 2021 at 6 P.M. KST.

Even before the official introduction of the female “Avengers of K-Pop”, fans have been trying to connect the dots from the girls’ interactions on social media. And after the group’s announcement, fans all shared their excitement for new music from SM’s top female idols.

-seulgi taeyeon following each other
-hyoyeon used #.GOT hashtag
-seulgi caption "I GOT the beat"
-taeyeon 5 same emoji
-Winter calls GOT seulgi & GOT wendy

A topic on theqoo said BoA, SNSD, Red Velvet and aespa will have a collaboration 'Girls On Top' at SMTown Concert:

The vocals? The dance line? The rap line? The fckng visuals? Hold up SM. Literally bring out the Girls On Top!! 🔥

sm might be testing the waters with this one, so we better hype this up and get them to debut! 💪 pic.twitter.com/8954XIvTSq

SuperM, Girls On Top, Avatars, Indefinite members, Superpower concepts, Lores…i hate this company most of the time, but can't deny they are too ahead of the trend, a reason why SM is one of the leaders in the game.

you've got boa, snsd, red velvet, and aespa in one group named "girls on top" ajdjdhgq you can't even deny that they're literally that tho 🔥 thats 4 generations of girls on top 🥵

karina told us on bbl to look forward to Girls On Top because it’s going to be “really cool” and that she’s nervous about it. I’M LITERALLY SHAKING TYPING THIS RIGHT NOW THIS IS GONNA BE A MSSIVE DEBUT

Obviously, girls will run and take over our world. Everyone, say thank you to SM Entertainment for this power move.

Girls on Top
GOT
K-pop
Music
SM Entertainment
super group
INQPOP! Stories we think you might also like: