After their full group comeback for NCT 2020 RESONANCE, NCT is back again as a whole for the full-length album NCT 2021 “Universe”. The album, along with the music video of its second title track “Beautiful” was released on December 14, 2021 at 6 P.M. KST.

NCT 2021 “Universe” has 13 tracks all in all—one song for each permanent sub-unit, 9 songs by a different line-up of NCT U, and one song featuring all the participating members of NCT. The 2 lead singles, “Universe (Let’s Play Ball)” and “Beautiful”, as well as the track “New Axis” sees the participation of some NCT members (Mark, Taeyong, Johnny, Jeno, and Hendery) in composing rap lyrics for their songs.

“Beautiful”, is a pop ballad featuring 21 out of 23 members of NCT with each member singing parts of the song. While being different from their previous full group performances of “Black on Black” in 2018 and “Resonance” in 2020 which were powerful and showcased their amazing aura on stage, “Beautiful” sees the members against everyday sceneries, with lyrics saying that listeners are good enough just the way they are and that they are beautiful.

NCTzens were all in a daze as soon as the album and MV for “Beautiful” was released, with many sharing their different emotions and feelings on Twitter.

literally me after listening to nct's 'beautiful' pic.twitter.com/y8uxyjdf7S

when you've been doubting yourself this whole year, NCT comes to the rescue and tells you that YOU'RE ENOUGH. YOU'RE BEAUTIFUL. 😭😭😭 #NCT2021 #Beautiful pic.twitter.com/d1uD0r4eFk

This scene is so powerful, seeing them together makes me feel happy 💓✨#NCT2021_Beautiful #NCT2021 #NCT_Universe pic.twitter.com/vN2qOoiLv9

This song is the song that we all needed this year. The lyrics are just so comforting. They’re so talented. This MV makes our day better 💛

nct's beautiful is probably one of the most inspiring and beautiful songs i've ever heard. the whole message of the song is just basically them telling is that we are beautiful that's why we have to be our own self and when i tell you, i'm crying right now, i'm not lying at all

Me after watching the NCT Beautiful MV pic.twitter.com/tuTbmh4WnD

"if home was a person and a song, it would be nct and their song beautiful." pic.twitter.com/zq4f4zjN4M

YALLL WHEN I TELL YOU BEAUTIFUL MADE ME TEAR UP…NCT LIKE MIXED SOMETHING IN THIS SONG AND I HAVE NO CLUE HOW TO EXPRESS WHATEVER I FELT BUT I JUST LOVE THIS SONG SO MUCH JBKSFBSKJ#NCT2021_Beautiful #NCT #NCT_Universe pic.twitter.com/vw1G22Vrjz

i remember when renjun said that beautiful actually existed even before NCT’s debut and was supposed to be sang by first NCT U unit’s debut. i'm so thankful it wasn't released back then bcs the fact that they sang this as a whole team made it even more special and meaningful 😭

this part literally made me really cry, the message itself. Thank you NCT 2021, you ended my year with a beautiful song.💚 pic.twitter.com/GBtrBma4nZ

the title is the perfect definition of the song.

Prior to the album’s release, NCT held a Comeback Countdown live an hour before, with all members (except Ten due to solo activities). A lot of things happened during the live, with members telling viewers all of their wishes for the album, Christmas, and the New Year.

An earthquake even happened in the middle of the live (a 5.3 magnitude on in Jeju Island), which surprised the members when the alarm rang out. Some of the members were particularly unaware of the event and referenced the track “Earthquake” on live, but were immediately warned by the other members.

After the Comeback Countdown live, members Doyoung, Mark, and Johnny posted apologies on their personal Instagram accounts, stating that they were wrong for disregarding the earthquake warning and for not being aware of their surroundings.

they’re apologizing about disregarding the alarm that happened during the comeback countdown live cause apparently it was an earthquake warning but they weren’t aware about it pic.twitter.com/ogKCosyXlv

after nct found out that alarm was for earthquake at jeju, doyoung mentioned the song 'earthaquake'(new nct 127's song) and mark sang earthquake right away. johnny was doing the dance
that's why they posted apology

"I apologize for any rash actions. during today's comeback live. I will think and act more carefully in the future. I'm really sorry. Once again, I apologize to everyone who must have felt uncomfortable seeing my behavior." pic.twitter.com/PvXULayMau

NCTzens were confused at first when they saw the members’ apologies on Instagram, but later on praised the members for their immediate actions before it could become an issue. 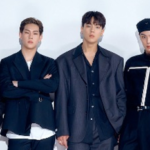 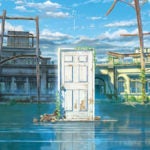