It looks like Marvel has had another set leak — this time, it’s for the third Ant-Man film, Ant-Man and the Wasp: Quantumania, which is set to release in July 2023.

With the film’s release still over a year away, Marvel has barely shared any details about the production. However, recently a photo of the upcoming film’s new logo was leaked on social media. The image was reportedly leaked by a crew member, and the photo was snapped while filming at Pinewood Studios in London. The logo was found on the back of a stage seat.

The logo reads “Ant-Man and the Wasp” in font similar to that of the logos of the previous two Ant-Man films. What’s unique about the new logo is the font used for “Quantumania.” The font makes it look like the word is written in an unknown script.

The leaked logo has been going around social media, and fans are speculating that “Quantumania” is a hint that the film will be exploring the multiverse. It’s possible that fans might be on the right track since Peyton Reed, who is directing the third Ant-Man film, has hinted before that Ant-Man 3 is “a much bigger, more sprawling movie than the first two.” Considering the Ant-Man films have the Quantum Realm, bringing the multiverse into the mix for the third movie doesn’t sound like much of a stretch.

While some fans speculate on the meaning behind the new logo, others have poked fun at the strange design choice. The way “Quantumania” was written is barely legible, so if you didn’t know the title of the third Ant-Man film before seeing the new logo you might not have been able to read the text, or you’d have to squint to make out the word “Quantumania.”

Here are some of the best reactions we’ve compiled about the new Ant-Man logo:

I know that this new Antman and the Wasp Logo spells Quantumania but I still see OoooOoooO 🤣 what kind of Unown lettering is this🤪 pic.twitter.com/b1lFANYmrQ

That's a logo? That looks like the olympics rings, but on steroids. And the Antman and the Wasp logo slapped on top of them.

bro ant man and the wasp got themselves a captcha for a logo pic.twitter.com/o0op7lhTbO

All I see is this pic.twitter.com/KHSX3cU09X

Ant-Man and the Wasp: Quantumania is part of the MCU Phase 4, so it’s set after the events of Avengers: Endgame. Paul Rudd and Evangeline Lilly are reprising their roles as Ant-Man and the Wasp, while Michael Douglas and Michelle Pfeiffer will once again portray Hank Pym and Janet van Dyne. Jonathan Majors is also joining the cast as Kang the Conqueror.

Tags: Ant-Man and the WaspmemesQuantumaniatwitter 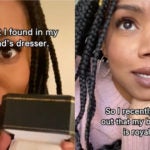