If you’ve ever used Discord, the online community communication platform, then you’ve probably stumbled across the Groovy bot.

Groovy has been one of the favorite companions for nights spent collectively listening to music with your friends and jamming out together (albeit singing at different times, depending on one’s internet connection).

But now, Groovy’s days are numbered as Google calls for a cease and desist, meaning that the bot will no longer be providing its services after August 30.

Groovy is the second most used music streaming bot on Discord, after the Rythm bot. Installed in over 16 million servers, Groovy has been the choice for more than 250 million users.

And to those 250 million users, Groovy sent a message. On August 25, Groovy made it official that it would be taking its leave on the 30th of this month.

Nik Ammerlaan, the creator of the beloved bot, released his own statement about the deactivation of Groovy. He recalls the humble origins of the bot, how “It started because my friend’s bot sucked and I thought I could make a better one.”

Groovy’s services include (soon to be “included”) streaming music from Spotify, SoundCloud, and YouTube by simply sending in a link. The uninterrupted streaming of YouTube content, swerving around ads, may not have been YouTube’s favorite thing in the world.

YouTube, owned by Google, issued a cease and desist of the bot on the grounds that Groovy violates the Terms and Services of YouTube. According to Google, they have “notified Groovy about violations of our Terms of Service, including modifying the service and using it for commercial purposes.”

This references the fact that Groovy also offers users a paid premium experience of the bot. Ammerlaan addresses this in his statement as well, explaining that “Any Premium users who paid for service beyond this date will receive a refund”.

So, in the eyes of Google and YouTube, not only was Groovy ripping (ad-less) content from YouTube, but Groovy was also making a profit from this as well.

According to Ammerlaan, an estimated 98% of Groovy’s streams came from YouTube. Ammerlaan isn’t sure why this is happening 5 years after the bot’s conception, but he states that this is something he always saw coming, “It was just a matter of seeing when it would happen”.

Google received no backlash from Ammerlaan, resulting in the exit of Groovy on the 30th.

The action taken towards Groovy has other users questioning the safety of the other music streaming bots. Rhythm, the number 1 most popular music bot feels safe at the moment. Rhythm dominates almost 20 million Discord servers, reaching over 560 million users. One of the co-owners of the bot lets its millions of users know that “we don’t currently plan to shut down.”

It seems that Rhythm may be safe… for now. 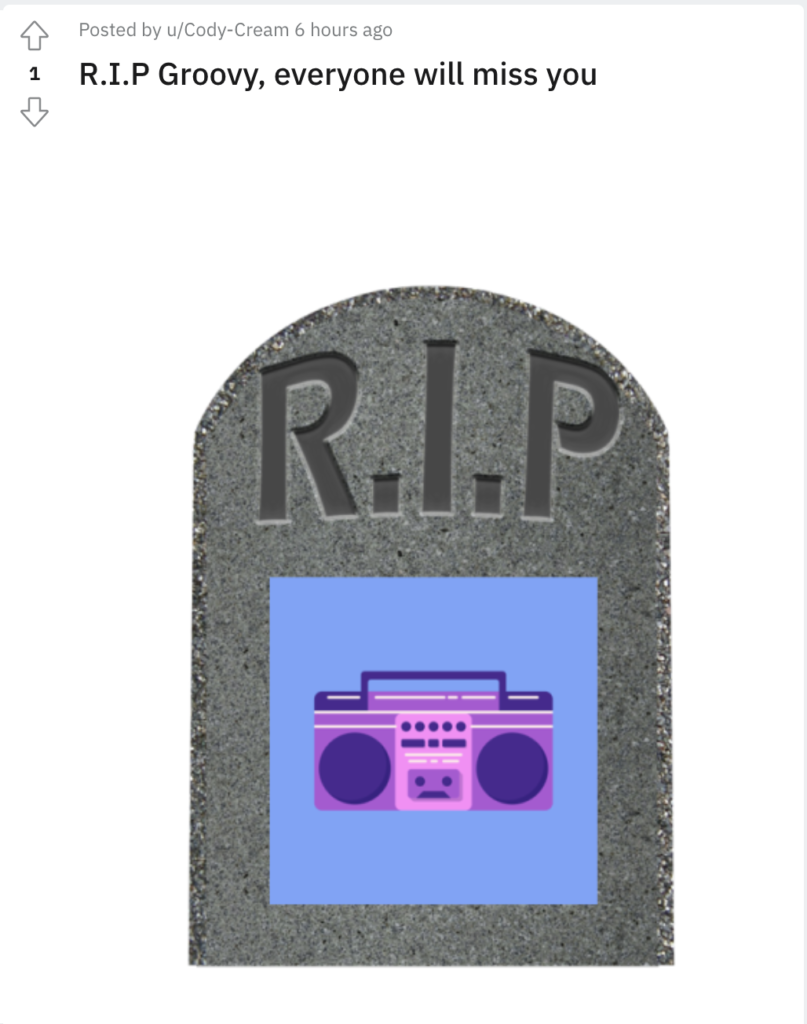 Now that it has gone offline we must not forget, as Ammerlaan puts it, to “stay groovy”.