‘The Crown’ and ‘The Mandalorian’ top Emmy nominations with 24

The latest season of British royal drama “The Crown” on Netflix and Star Wars television series “The Mandalorian” on Disney+ topped this year’s Emmy nominations unveiled Tuesday with 24 nods each.

The two shows dominated the drama category, while fellow Disney+ series “WandaVision” scored the most limited series nods with 23, and Apple TV+ comedy “Ted Lasso” landed 20 on its debut season.

The 73rd Emmy Awards, the small-screen equivalent of the Oscars, will be handed out at a live, in-person ceremony in Los Angeles broadcast by CBS on Sept. 19.

The show, set to feature a “limited audience of nominees and their guests,” will mark a welcome return to some normality. Last year’s edition was broadcast from an empty theater, with winners beaming in via video call.

Hosted by American actor-comedian Cedric the Entertainer, the gala will honor the best in television from a unique, pandemic-affected year in which producers scrambled to film under tight COVID-19 restrictions.

The 25,000 voters of the “television Academy” spent several months stuck at home, leaving them ample time to sift through a stripped-down selection of series from their sofas.

“The Crown” and “The Mandalorian” will also compete for best drama against Netflix’s buzzy “Bridgerton” and “The Handmaid’s Tale,” among others.

All three previous seasons of monarchy saga “The Crown” have been nominated for best drama series, but the show, like all other Netflix dramas, has never won.

Season two of “The Mandalorian” scored strongly across technical categories, in addition to multiple acting nominations.

“The Kominsky Method” is the sole comedy nominee from last year in the running again, while the limited series field has arguably the most competitive and prestigious lineup of all. Production and shooting were considerably affected by lockdowns, disabling the previous contenders to come up with shows and episodes to make this year’s cut off.

“WandaVision” will compete in the miniseries category, with shows including Kate Winslet’s small-town murder mystery “Mare of Easttown,” the chess period drama “The Queen’s Gambit,” and the Barry Jenkins-directed slavery tale “The Underground Railroad.” JB 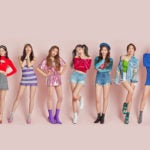 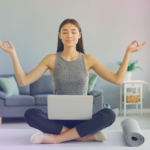