It looks like Spot the friendly robot dog is joining a new family. They better keep an eye on it in case it turns on humanity like something out of Black Mirror.

SoftBank announced on June 21 that Korean automaker company Hyundai Motor Group has officially taken a controlling stake in Boston Dynamics, the company that developed Spot and other robots.

The deal was first announced last year by Hyundai and SoftBank, but as of June 21 Hyundai now owns at least 80% of the American robotics design company. 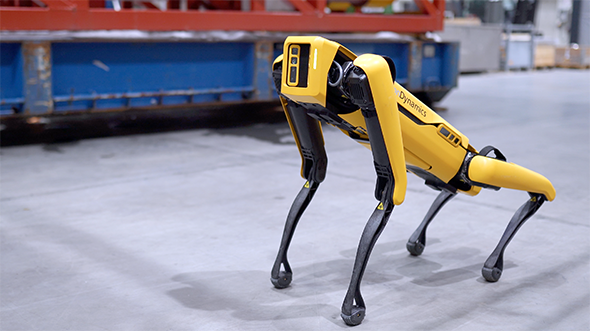 The companies didn’t give any more details about the deal, but Hyundai paid a whopping $1.1 billion to get Boston Dynamics on their team. It’s also hard to say what Hyundai plans to do with their newly-acquired robotics company but it does look like they’re interested in robots, because in a previous announcement they introduced a new division for developing “walking cars” and other robotic designs.

Hyundai has plans to develop a walking car. It’s called Transforming Intelligent Ground Excursion Robot Experiment, or TIGER X-1 for short. It can switch from electric four-wheel-drive operation to four-legged walking. TIGER X-1 is designed to traverse uneven and otherwise inaccessible terrain, even on the moon. Yup, one of these days we might see a moonwalking car.

The Korean automaker expects that incorporating robotics into vehicle designs will make a big difference in future mobility and they’re estimating that a lot of their sales in the future will be from robo-tech, like wearable exoskeletons and walking cars. Since Boston Dynamics is well-known for their walking and dancing builds (such as Spot the robot dog), it’s possible that acquiring the American robotics company is part of their plans to make that goal happen.

This new device can ‘smell’ COVID with up to 100% accuracy

From waste to tanks: The future of sustainable water management