British social media influencer Oli London has always been on every K-Pop fans’ hatelist for being a problematic koreaboo and an obsessed Jimin fanatic, and for good reason.

In fact, they’re infamous for having multiple surgeries to look like their favorite K-Pop star, and for their problematic behavior in general.

Last May 27, 2021, it had been reported that the British influencer took their life in their London mansion and had left a suicide note behind. Their Instagram account had also been turned into a memorialized account immediately after the news. But, this was found out to be a prank and a ploy to draw attention to themself. Internet users everywhere went online to express their disgust and anger towards Oli London for using a sensitive topic to gain attention.

tw// suicide
:
:
:
:
you mean to tell me.. oli london faked a whole su!cide note and made his insta into a remembering account… for attention. what the FUCK can we PLEASE get this man off of social media and get him some fucking help.

ok cause this explains a lot cause when i first heard of this i thought it was random. but all i have to say is that this just sad. imagine having nothing to do with ur life and doing something so low. yea no ty https://t.co/F3YXT4XsdE pic.twitter.com/0plXhUoB4J

This is so disgusting I can’t believe he still has a platform. This isn’t something you should treat so lightly. I hope people stop paying attention to him. https://t.co/xdHtyQQNMC

Days ago, Oli London has once again reached headlines everywhere, and has received the anger of many. The reason: they announced on their Twitter that they now “identify as a non-binary Korean” and that their pronouns are they/them/Korean/Ji/min— attaching a photo of a rainbow-colored South Korean flag.

This is my new official flag for being a non-binary person who identifies as Korean. Thank you for the overwhelming support it was so hard for me to come out as Them/they/kor/ean 🏳️‍🌈⚧ #olilondon #nonbinary pic.twitter.com/5uJp2dBQU5

Cue the straight-faced emoji and the clown emoji.

After their announcement, people on Twitter have been calling Oli London out for cultural appropriation and racism, as well as slamming them for using a rainbow-colored South Korean flag. Koreans themselves were criticizing the influencer for disrespecting their flag.

Also, TaeGeuk-gi is linked to taoist symbols and Taoism itself (trigrams and Taijitu). As a taoist myself i feel quite mocked by them

Under South Korean law, it is strictly illegal to "modify/damage the flag without justifiable reasons," like you did.

If you are a cultured person, please apologize politely to Korean non-binaryists.

Hi. Korean non-binary here. Never seen that flag before. Thanks!

Amidst the criticisms being thrown at them, Oli London had the audacity to tweet this next:

Some people IDENTIFY as KOREAN, get over it! 🇰🇷

Well, it’s good that Oli London embraced themselves as a non-binary person— that’s fine and we accept that— but identifying as an ethnicity? That’s just plain stupidity and fetishism.

Oli London has been constantly putting themself under numerous cosmetic surgeries in order to look “more Korean”, all of which costing around $150,000 in total. These surgeries, according to the “non-binary Korean” themself, is their final transition to publicly identifying themselves as Korean. London will soon release their “final” look soon, so uh, we could probably look forward to the backlash they’ll receive after that.

As problematic (and stupid) as it sounds, I guess we can applaud them for coming out. But still, they’re still British and white. So, you do the math. 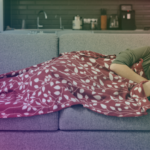 Should you take a nap right now? Find out how to take the best nap 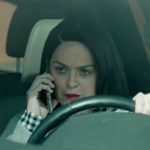