“The Pride community continues to make an impact and lead the way in several aspects of life, even in entrepreneurship. Some of the fast-rising businesses I know are actually owned by LGBTQ+ entrepreneurs,” said Nacario as she carries on to share the importance of inclusivity in their efforts to stimulate the economy.

Proving that they are more than just an ally, Google is going beyond by providing two million US dollars to OutRight Action’s COVID-19 LGBTQ Emergency Fund, which responds to the urgent and ongoing needs of LGBTIQ people and communities around the world. 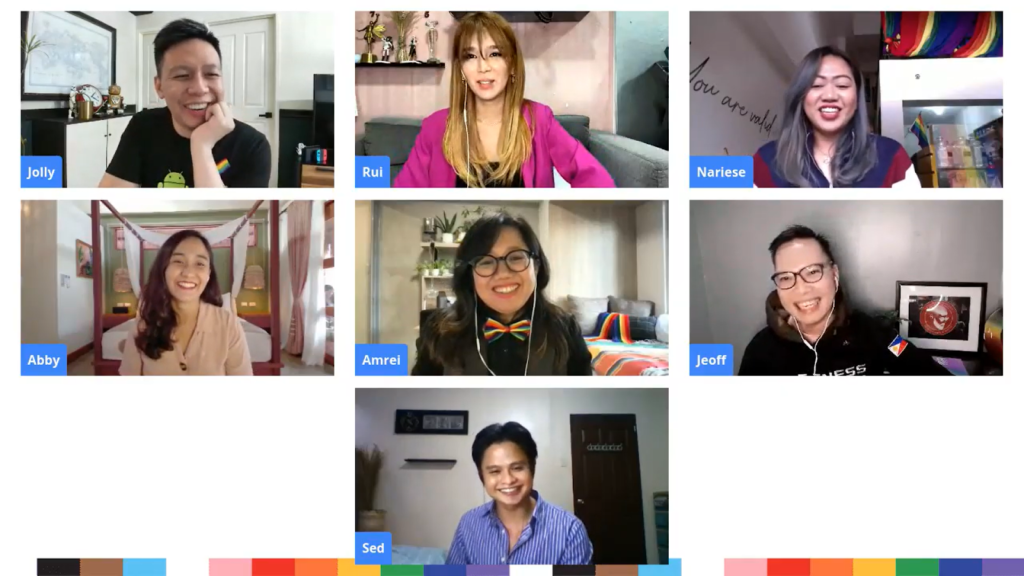 You can watch the forum on Google Philippines’ YouTube channel to learn about the inspiring stories of the featured businesses below–from food to creatives–that you can support this Pride month and beyond:

The Fairygodbarbie House of Beauty

As a proud trans woman, Rui Mariano created Fairygodbarbie in hopes to be of service to her fellow trans women during their transformation journey. She also draws inspiration from her trans woman aunt who raised her and loved to dress her up as a child. Carrying the thought of having a fairy godmother and often being compared to Barbie, Rui put up a one-stop beauty  shop for her trans sisters and women alike, offering nails, eyelashes, spa, and facial services among others.

FFTG Cafe (Food for the Gays)

In April 2020, Nariese Giangan and her girlfriend started selling pastries online which became so successful that they eventually opened the Food for the Gays cafe in Quezon City. Opening the cafe was a huge risk as they used the last of their savings to put up the business, but it all paid off after receiving overwhelming support from friends, especially the Pride community. FFTG Cafe then has become  not only a place for good food like their Rainbow Grilled Cheesus Sandwich, but is also a safe place for the LGBTQIA+ community and its allies.

What started out as a vacation led Abby Biyo and her girlfriend to opening the first Kapampangan restaurant and hostel in Siargao. Even when the lockdowns were implemented after finally finishing the construction of Nirvana Hostel and Restaurant, Abby’s resiliency helped their business thrive — in fact, they will be opening their second branch soon. Besides proudly raising the flag of the LGBTQIA+ community in the island, Nirvana also helps provide job opportunities for the community especially during the pandemic.

As a creative practitioner, Amrei Dizon always makes it a point to proudly declare she’s part of the LGBTQIA+ community. That said, she ensures that the outputs of her 17-year-old creative agency Vitalstrats Creative Solutions are consciously inclusive, and that her team remains open in discussing LGBTQIA+ issues with each other in order to create more role models for the community. Even after being faced with liquidity problems when the pandemic hit, pivoting to the demand for digital services alongside the team’s willingness to adapt and stay creative helped them get through and recover.

Jeoff Solas is a PR and marketing professional whose diverse business interests led to launching several brands like the Cooltura Hub in Bulacan. Missing going to Manila-based barber shops that offered refreshments for their patrons, Cooltura evolved into also offering beverages from BreaTea for their customers. While being digital savvy worked in the favor of his business, Jeoff was challenged by having to stay put and limiting the reach of his business within their area. But ultimately, this gave him the chance to get to know his neighborhood better and even provide employment opportunities.

Sed Aguil started out as an advertising practitioner but ended up following his heart and pursuing his love for cooking, a talent he developed during the strict lockdowns last year. This led to the creation of The Food Episode, a home-based food delivery service featuring his best recipes like Cajun Butter Steak and Sriracha Honey Chicken. Being a one-man-team, Sed would sometimes find himself exhausted from developing recipes, managing his social content, and being in the kitchen — but everything becomes worth it when his customers compliment his dishes.

Entrepreneurs looking to grow their businesses digitally can also learn about helpful, free tools like Google My Business and the Primer app discussed in the session. Google My Business allows your store to be seen on Google Maps and Search, while the Primer app provides short marketing lessons for free. For more information, watch the step-by-step discussion from the event on Google Philippines’ YouTube channel or Facebook page.

This Pride month and beyond, let’s be an ally. Promote and support LGBTQ+ MSMEs to help them grow. POP!/Lyshiel Aranal

Tune in for the premiere of DrawINK Convention