‘ConspiracTEA’: Did this rapper predict COVID-19, 8 years ago?

The COVID-19 pandemic was something truly unpredictable that caught pretty much the whole world off guard, and even now we’re still struggling to cope with it. But what if I told you that someone might have actually predicted it was going to happen? A TikTok video by tythecrazyguy recently went viral because it seems that Ty has possibly uncovered that a rapper predicted the pandemic.

User tythecrazyguy did some research on the rapper and according to him, not much is known about the rapper. All Ty knows about the artist is that he goes by the name Dr. Creep, and usually appears in photos wearing a gas mask to remain anonymous.

Who is this man and how did he know about COVID in 2013?! #conspiracy

People are also suggesting Dr. Creep could be a “time traveler” or someone from the government who was trying to warn us about future events. While it seems like a conspiracy theory, it’s still quite freaky nonetheless.

Back in 2013, Dr. Creep released a song titled “PANDEMIC”, and the song has recently gone viral because of its lyrics. Part of the song’s lyrics goes, “2020 combined with coronavirus, bodies stacking.” Sounds pretty accurate, right?

However, it looks like that isn’t the only prediction that the rapper has made. Dr. Creep made a post on Facebook after his song “PANDEMIC” went viral, and the rapper seemed frustrated that people are only discussing this now when it isn’t even the only thing he’s predicted.

In tythecrazyguy’s TikTok video he said that he did some more digging, and found another song by Dr. Creep titled “Mind Control”, which was released in 2017. One of the lines in the lyrics is, “‘21 warped into 2030 ‘till lockdown.”

This could mean that the rapper predicted not just the COVID-19 pandemic, but also the lockdown following the outbreak of the virus. How creepy is that?

Don’t freak out though because it looks like it was just all a coincidence that the lyrics lined up for him. He explains in a Facebook post that he doesn’t claim to be a prophet. “People just never heard of a coronavirus which is part of a family of viruses, hence why they dubbed the new one covid-19 or sars-cov-II. Sars & Mers were both coronaviruses as well,” said Dr. Creep. 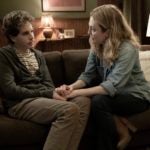 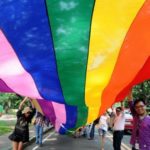