That seemed like an expected development but knowing Ebe’s track record and the new label’s progressive approach with the career paths its recording artists, it sure should sound as big music industry news.
In fact, Ebe becoming a label executive dealing with its Artist roster and corresponding Repertoire, hence the acronym A&R, was by itself a resounding step forward for a music scene significantly jolted by the pandemic – that he is actually set to record new material under a new label raises this excitement further.

“It was an obvious and logical choice for me. I already know the whole team, and I see how talented and dedicated the people of Widescope are. For me, it’s an honor to represent my own label,” shared Ebe.
Being signed as artist while technically working as label employee is quite a pretty oddity that does not happen often. It somehow reflects the changing paradigm set forth by this “new normal”. One thing’s for sure though, the former frontman of the band Sugarfree can handle both duties credibly.

“I’ve been working with A&Rs for a really long time now. But I’ve never been one until Widescope,” Ebe pointed out, “Obviously, there was an adjustment from my end as I integrated myself into the system. But honestly, I’m loving it. All day, music is all I do and I can’t ask for anything more. Being A&R has given me the chance to learn more about the music industry. More importantly, it gives me the opportunity to give back and help other musicians.” 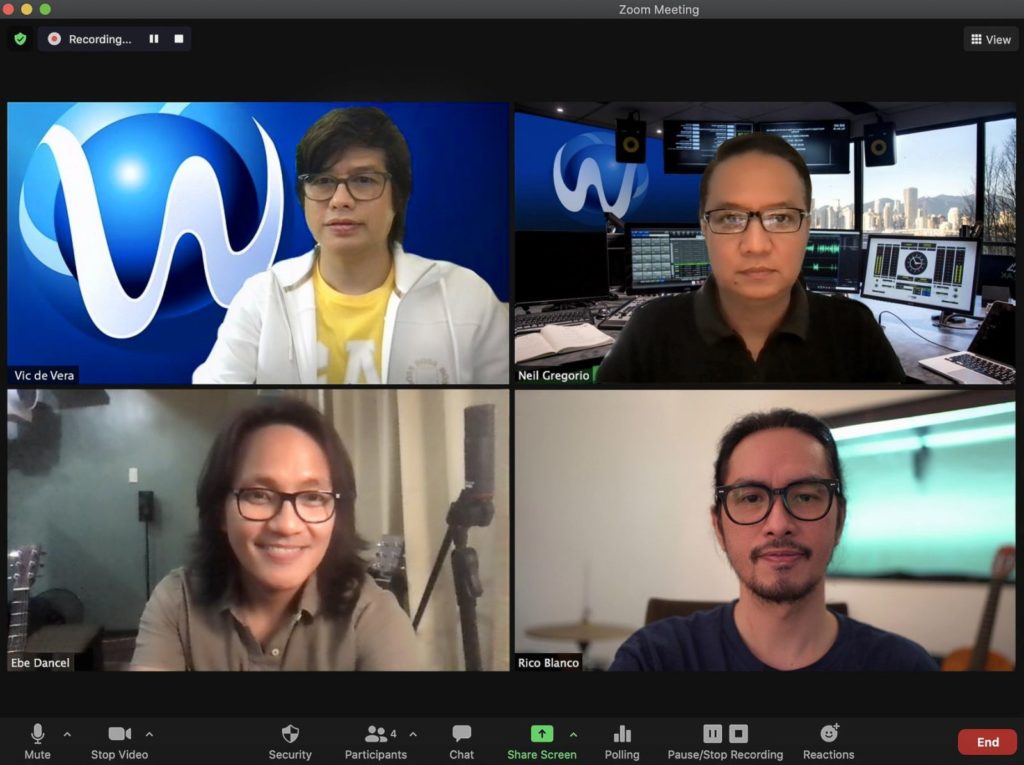 Known for writing some brilliant alternative pop and slow rock songs, Ebe hinted that his upcoming recordings will feature songs he wrote with certain concepts in mind. The new songs have a “very specific theme,” as he described them. Add to the equation a guy named Rico Blanco as his producer, it’s safe to say that a bunch of hits are in the offing.

Perhaps not so many knew that Blanco is currently Ebe’s manager. Their connection dated back to Sugarfree’s groundbreaking debut album which the ex-Rivermaya vocalist and chief songwriter co-produced.

In the context of a mainstream rock icon producing another one, Ebe emphasized, “We’re great friends and I trust him— trust is very important in this business.”

A busy figure owing to the many hits credited to his name, Ebe was admittedly shaken by the effects of pandemic. As always, he has an interesting note to share. “The first few months were difficult. My schedule was packed before the pandemic hit, and I felt like for a moment, my world stopped. I had a hard time adjusting to the situation. But at the end of the day, we have to adjust to whatever we’re presented with. We must keep finding ways of going on. I still have my online shows, and the break from constant gigging has allowed me to concentrate on the new songs.”

Right after Ebe Dancel put his signature on his latest recording contract, those around him felt happy for his fans and local music in general. For one, he’s a big act recharged and ready to bring out exciting new stuff.