Phoebe Tomlinson, sister of 1D singer, was accused of swindling £500 worth of clothing

Louis Tomlinson’s sister, Phoebe, was accused of stealing £500 worth of Essentials products after failing to complete her end of the deal.

Phoebe Tomlinson is a UK influencer with over 1M followers on Instagram. She had an agreement with Zac Cooper, Manchester-based business owner, to give her free clothing in return for promotions on her social media. However, he claimed that she never promoted his store.

Zac shared a screenshot of their messages. It showed that he delivered the Essential hoodies to Phoebe right after their conversation. It took only a few days for Phoebe to receive the items.

Calling out Phoebe Tomlinson. Sister of One direction star Louis Tomlinson. Sent her nearly £500 worth of FREE Essentials products for a promotion in return. Now its come to her end of the deal shes done a runner. Please like & retweet this. It needs to be publicised! pic.twitter.com/YfCHvxHJD0

Days went by and Phoebe was not able to give an update about their deal. Zac gave her enough time, yet Phoebe did not post anything about the products that she received.

Zac took to Twitter to call Phoebe out by sharing screenshots showing how he exercised his patience. He resorted to calling Phoebe a “runner” after what she did.

Phoebe defended her side of the controversy by stating that it had been a misunderstanding. She offered to pay £400, however, Zac demanded £500. Zac also mentioned that this is not the first time she’s done something like this.

Her fans were quick to jump to Phoebe’s defense, telling Zac to stop lying.

A reply showed that Phoebe did post photos of Essential hoodies on her IG, to which Zac replied that it’s not the clothes he sent her.

What happened to Zach and Phoebe may be a simple case of  misunderstanding, which should be resolved formally instead of publicizing it on social media. 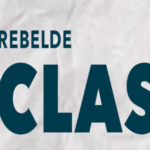 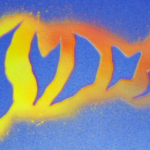