Discover the life of Danger by The Attachments

Catch the official music video of “DANGER” by The Attachments, starring Dane Cruz and Chelsea Ronquillo, on Rico Blanco’s Youtube Channel on February 17, 2021.

DANGER is the 2nd song released by The Attachments. The music video features car chase and drift scenes interpreting the end of a relationship when one of them has to leave the other for a life of danger. 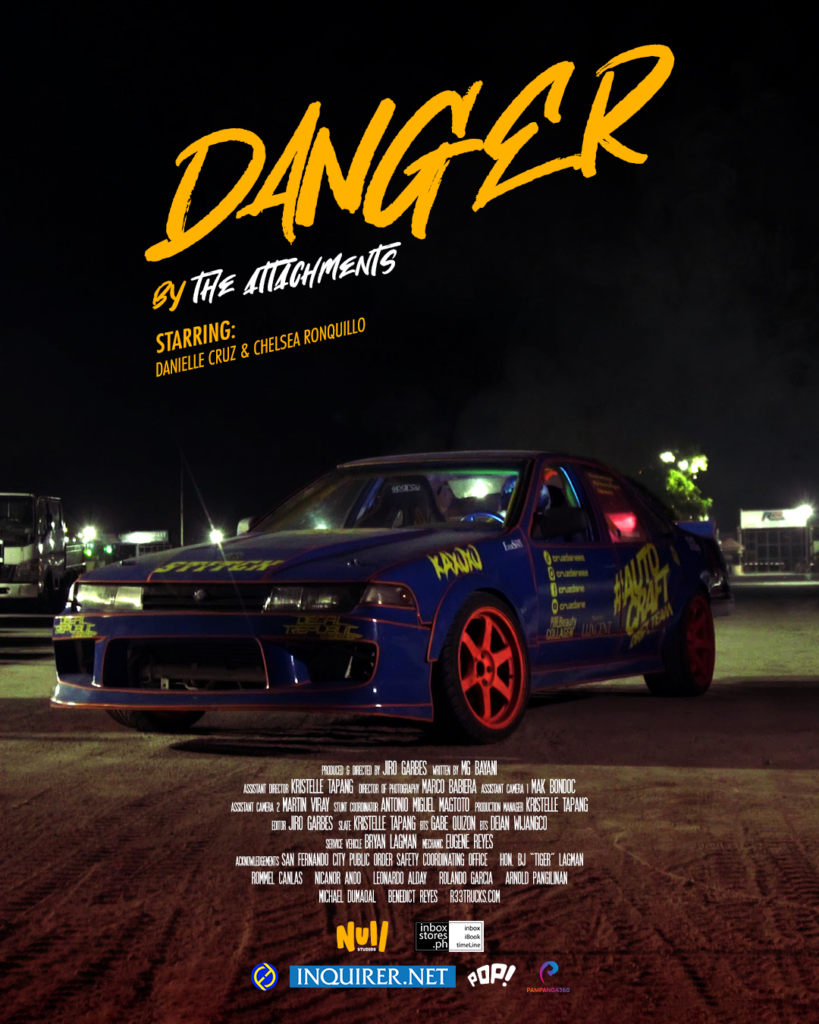 The music video was shot entirely in Pampanga. During production, the City Public Order & Safety Coordinating Office of the City of San Fernando had to close Lazatin Blvd. and control traffic flow for the crew to safely shoot on the road.

The drift track of R33 Trucks, (located in San Simon, Pampanga), was also featured in the music video.