An associate professor at the National University of Singapore accidentally muted himself during the start of his online class and went on teaching for almost two hours.

In a TikTok video that has since gone viral, the lecturer named Wang Dong only found out about his predicament by the end of his class when his students were finally able to inform him.

“Hi prof, actually, you’re muted all the while so we cannot hear anything from you since 6:08 p.m., ” one student said in the screen recording of the video call posted by TikTok user queen_yx_.

“From what?!” Dong could only respond in disbelief, as it was around 8 p.m. at the time, according to the TikToker. “You mean — how long did you hear?”

After students answered that they were only able to hear him teach during the first few minutes, Dong was visibly shocked and appeared to have started hyperventilating.

just a regular day of lecture on online school 😭🤣 watch till the end !!!

After a few seconds, however, the professor accepted his fate and just calmly told the class that he may redo the class some other time.

The TikTok clip has since been reposted on YouTube on Feb. 4 by the channel Singapore Incidents, racking up around 288,000 views, as of this writing.

One YouTube user, named Azusa Chan on the platform, claimed to be among the students who attended the online class.

“Class started at [6 p.m.] and he muted himself at [6:08 p.m.] onwards. Students tried all sorts of things to get his attention by unmuting and even calling his phone number. However, he did not respond and continued with the lesson,” she said.

“The participant count dwindled as time went on, as students could not contact the prof and had no other recourse. What you see here are 20+ students who waited patiently for 2 hours for the prof to come back,” she added.

The YouTube user also noted that the professor was doing the lesson on an iPad, “so you can expect many things to go wrong on such a setup.”

“After this incident, he left his phone beside him whenever he is conducting lecture so we could call him in case of emergency,” she shared.  /ra

Teen waking up from 11-month coma unaware of COVID-19 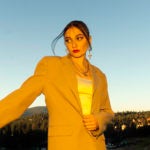 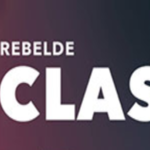 Rebelde celebrates Eight years of accessible Film Education for everyone