Side A, one of the country’s premier pop bands, is reuniting for a special online benefit show titled “Calesa Side A Redux” on January 30, 2021.

The show will feature the line-up of Side A that recorded their self-titled debut album in 1989 under Ivory Records. That line-up features brothers Rodel (lead vocals and saxophone) and Naldy Gonzalez (keyboards), Mar Dizon (drums), Joey Benin (bass), Pido Lalimarmo (guitar), and Kelly Badon (guitar).

“It’s amazing how there’s a lot of people that used to watch us at the Hyatt Calesa Bar that are now professionals and have remained loyal to us,” observed Rodel Gonzalez who now lives in Florida, USA. “For example Ateneo Batch ‘88. These were college students back in the day when they were watching us. Now they paved the way for us, and sponsored us for our first ever virtual concert coming January 30, 2021.”

“We want to bring back the old songs that we used to play at Calesa plus more. We’re excited for this virtual concert since it’s also a reunion for us. And for a good cause as well.” 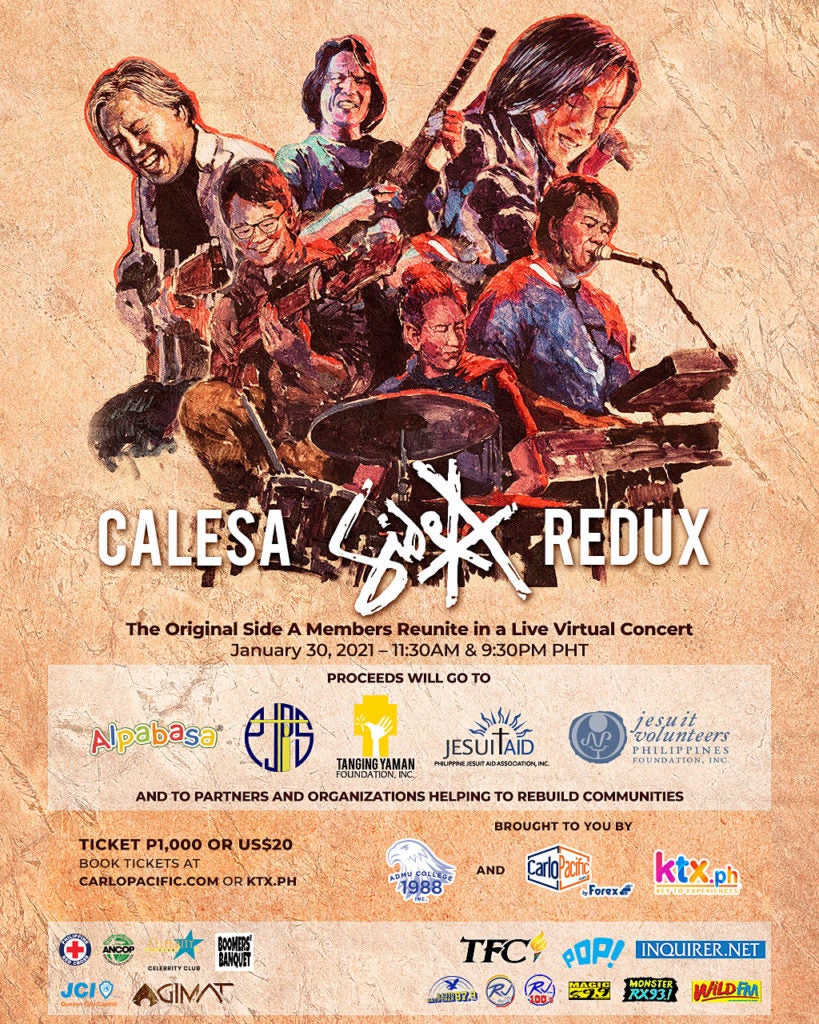 The proceeds of Calesa Side A Redux will go to several charitable institutions that are sponsored by Ateneo de Manila University college Batch ’88.

Side A was formed in 1985 when various members of Filipino bands performing in Singapore returned to Manila found themselves jamming together.

By 1987, they were mainstays in the old Hyatt Manila’s popular Calesa Bar and Lounge where they performed seven days a week.

It was during one packed show at the Hyatt where the band was spotted by Bert de Leon, the director of Eat Bulaga, Sharon Cuneta Show, and Bubble Gang to name a few and became a big fan. He offered to help the band secure a recording contract and that turned out to be Ivory Records. 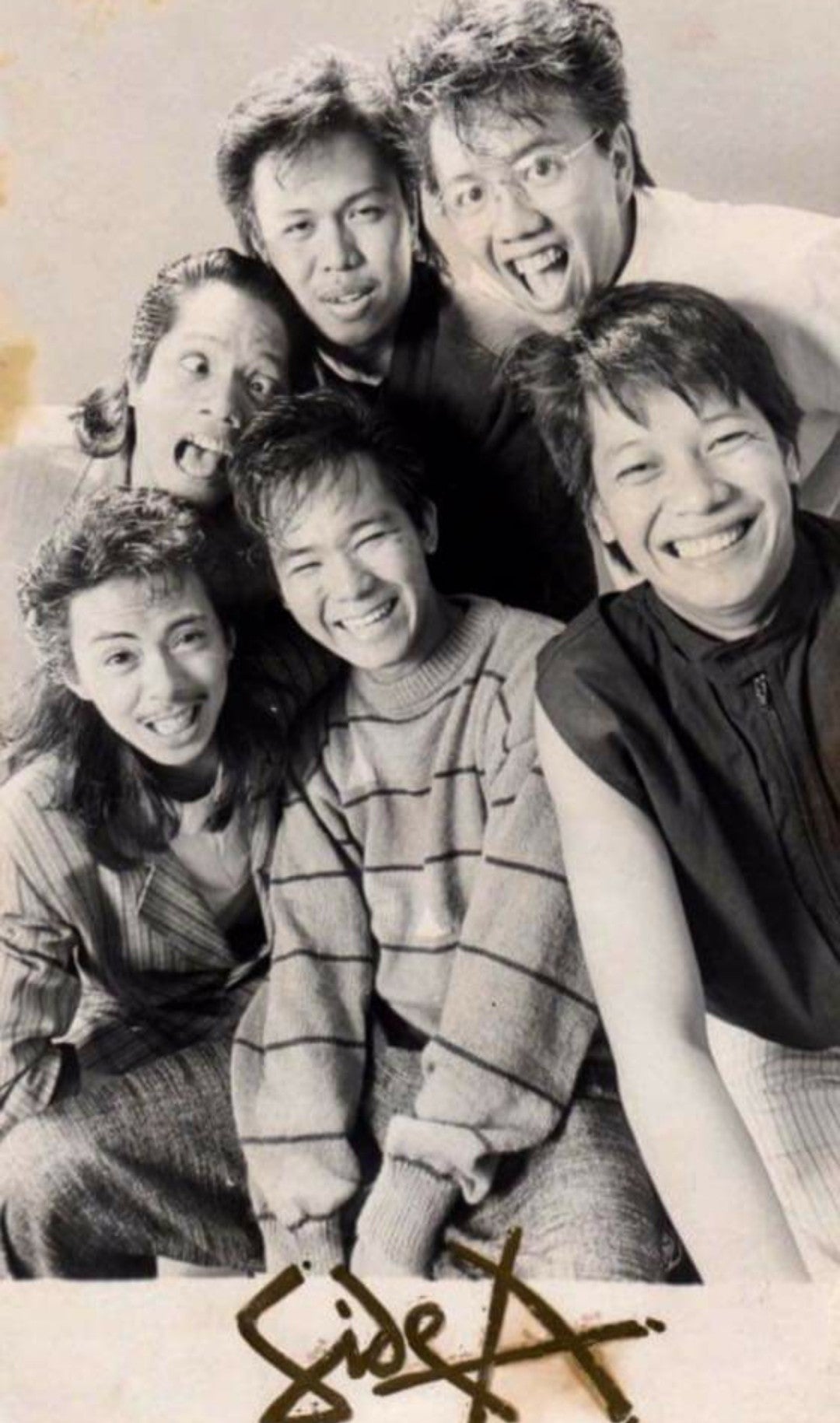 Included in that first album were songs like “Di Pa Huli,” “Windows of our Souls,” and “Eva Marie.”

When Rodel Gonzalez and Mar Dizon left in 1990, Joey Generoso and Benjie Mendez to joined the band and wrote hits like “Hold On” to “Forevermore” that brought the group to a higher level and became a household name in the country.

“Side A is already an institution,” reflected Rodel. “It’s a family from the first to the second generation to its current line-up that is composed of Naldy Gonzalez, Ernie Severino (drums), Leevon Cailao (guitar), Ned Esguerra (bass), and Yubs Esperat (lead vocals and guitar).”

“Why a Side A reunion online concert,” askedrepresentative JP Cariño? “Because many of us frequented the Calesa Bar to listen to Side A that has since gone on to become one of the premier bands in the Philippines. We are sure that even younger audiences who watch this online benefit will enjoy the show.”

Since the pandemic hit in early 2020, Ateneo Batch ‘88 has raised over $60,000 (P3M) for Alpabasa, PJPS, Tanging Yaman Foundation, Inc., JesuitAid, and the Jesuit Volunteers Philippines.

Halilihan: Wika ng Bayanihan, a drive for a change