After years of ridicule, the town of ‘Fucking’ in Austria finally changes its name

After years of being made fun of and an unusual number of signage theft incidents, the townspeople of Fucking, a small Austrian village west of Upper Austria, will finally be relieved of ridicule come 2021. 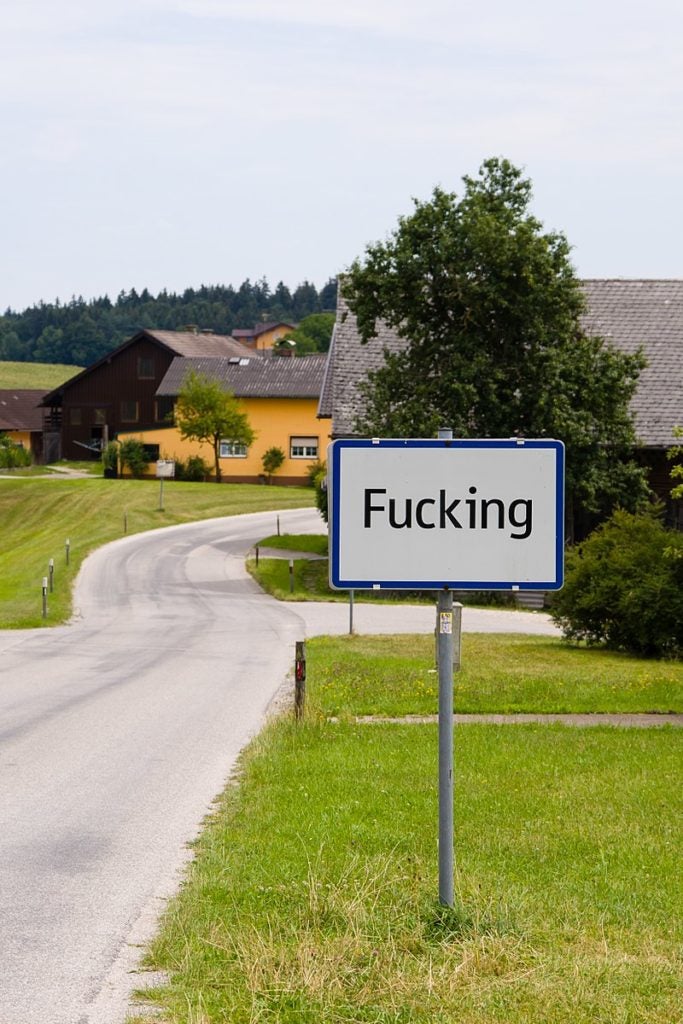 Mayor Andrea Holzner of Fucking recently announced that the town’s name will be changed to Fugging starting January 1 of next year.

The town, which has around 100 residents, has been pushing for the change of name for years, after it has drawn unwanted attention for having a name that spells exactly like the most widely used English profanity ever.

The townspeople have had about enough of the mockery from travelers who poke fun at their signs and their quaint little town. However, in a report by German media network DW, some local residents have used the rather unusual name to for their activism, such as in the case of people hijacking some of the town’s signage by adding words to it, to read message like “Our climate is — Fucking — important!”

The name doesn’t have any particular meaning in German, and it even sounds different when the townspeople say it. The new town name, Fugging, seemed more fitting for them, as this is how the locals actually pronounce it.

While the town of Fucking has already made a move to finally change their name, their neighbors Oberfucking and Unterfucking have yet to decide to follow suit.