Follow us:
“I Decided to Live as Me:” A to do list for your adult life. Photo courtesy: Apop/Facebook

Are you among the many adults who have been struggling to deal with life’s uncertainties? Those who have been feeling bad about themselves and feel like they are stuck in the lowest point of their lives?

The truth is, uncertainty will always be a part of life, and no one can avoid it. But the good news is that there is a book that will show you the most essential thing to do: to live as you. 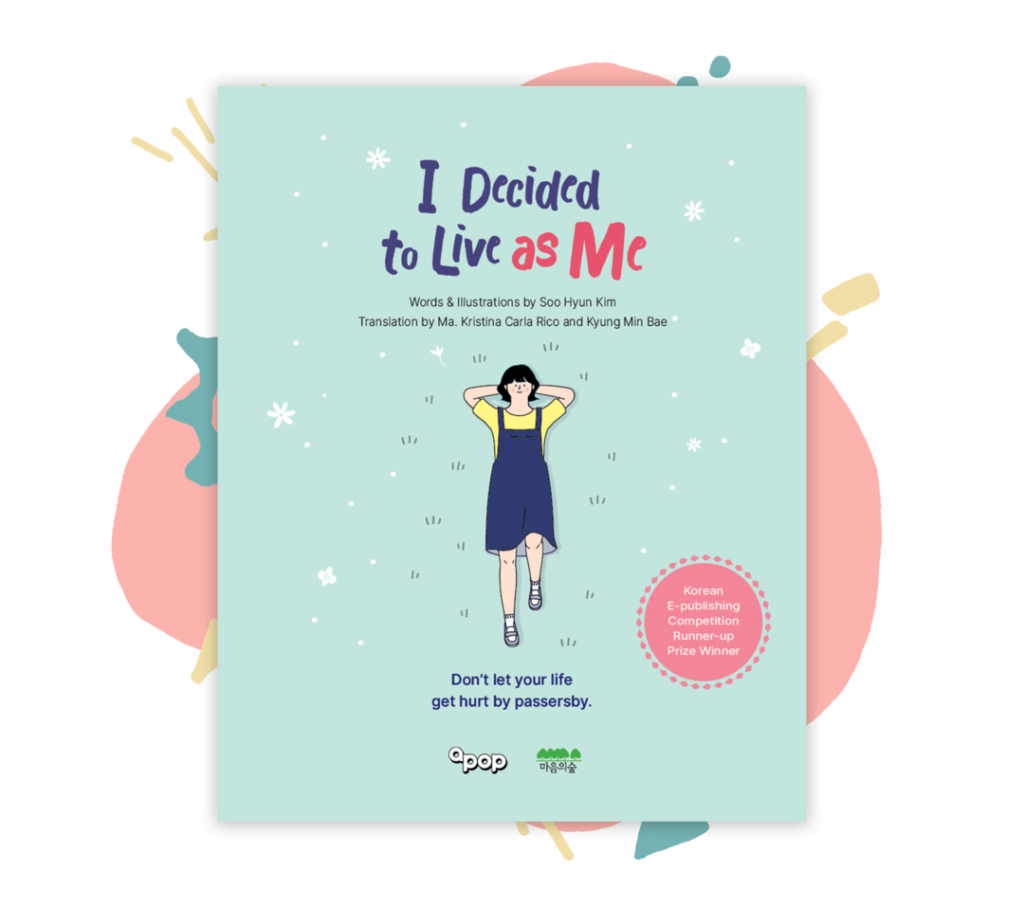 “I Decided to Live as Me” is the very first English version of the 2016 Korean bestselling title “나는 나로 살기로 했다,” written and illustrated by Kim Soo-hyun. It offers words of comfort and support that will help you recognize and love who you are as a person. This self-help book also provides you with a to-do list in the world of adulting which may help you live with confidence as a grown-up individual.

Author Kim studied in a private art academy in Korea and majored in design at the Seoul National University of Science and Technology. She has penned a number of books in the illustrated essay genre which are notably famous in Korea and Japan.

The birth of Apop Books

Recently, the book “I Decided to Live as Me” was released for pre-orders in the online shop Apop Books, a newly launched publishing imprint of Adarna House Inc. The publishing house, known to distribute local literature for children of all ages in the country, was founded by the national artist for literature Virgilio S. Almario. His son, Agno Almario, who is Adarna’s vice president for sales and marketing, is currently in charge of Apop, a fledgling brand focused on translating Korean bestsellers for the English-speaking market.

In an exclusive interview with INQUIRER.net, Agno Almario shared how Apop started after he attended an ASEAN publishers’ event held in South Korea last year where he had the privilege to talk about the local book industry in the Philippines.

There he met other ASEAN publishers and was surprised that some of them have already been purchasing book rights from Korea and have been translating it into their own native tongue. This inspired him to do the same for the Philippine market.

“I don’t think it’s a coincidence that we find K-drama, music, and movies so relatable. This is how Apop came to be.”

While in Korea, Almario also studied the Korean publishing landscape for possible titles he could start with and found Kim’s book of essays “I Decided to Live as Me.” 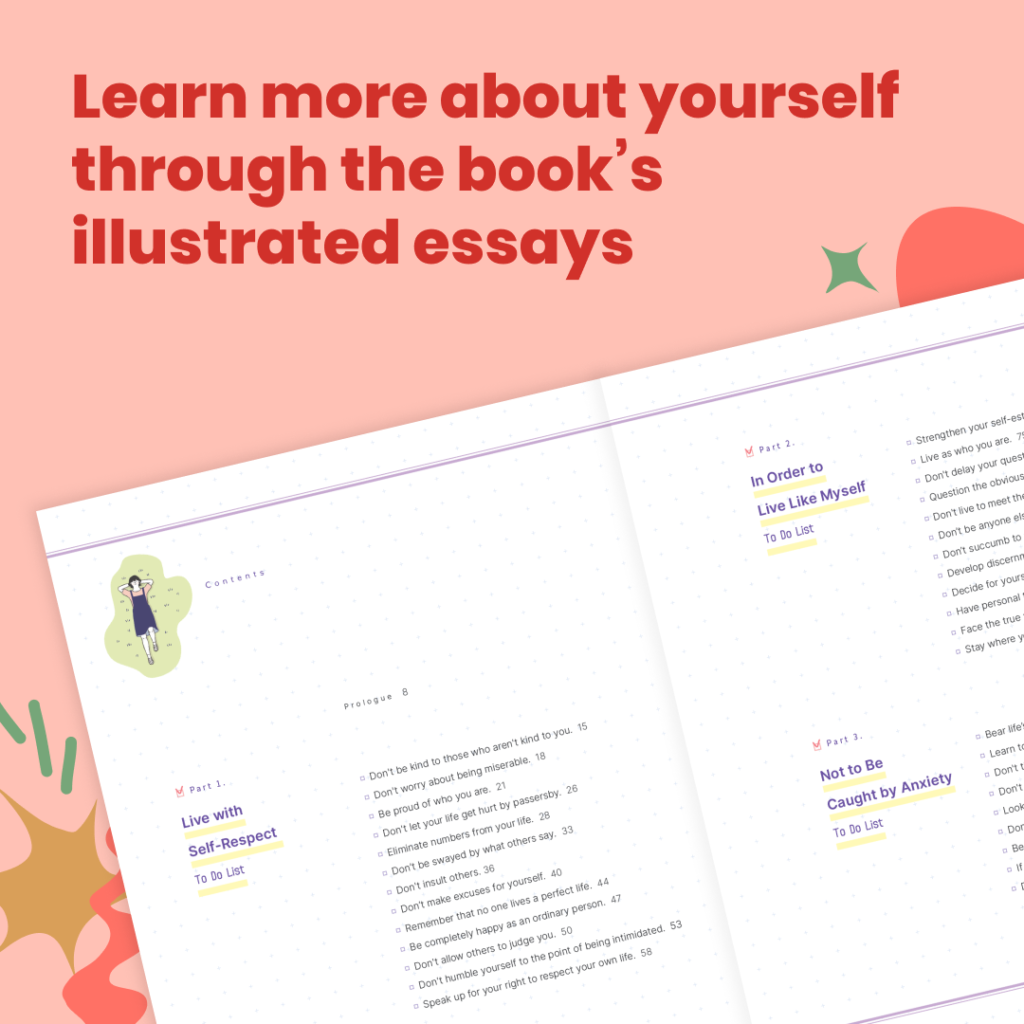 Learn more about yourself through the book’s illustrated essays. Photo courtesy of Apop/Facebook

“It really piqued my interest especially when I learned that it was a self-help book built around the concept of loving who you are and believing in yourself,” Almario told INQUIRER.net.

Recalling his usual encounters with self-help books which tend to be “a rigid to-do list of exceptional things” you have to achieve in order to conquer the world and all your shortcomings, Almario said the book was “diametrically opposed to these ‘conventional’ self-help tropes.”

“It was a book that [tells] the reader to be proud of who you are, that you should not be swayed by what others say and that it’s okay to be completely happy as an ordinary person.” 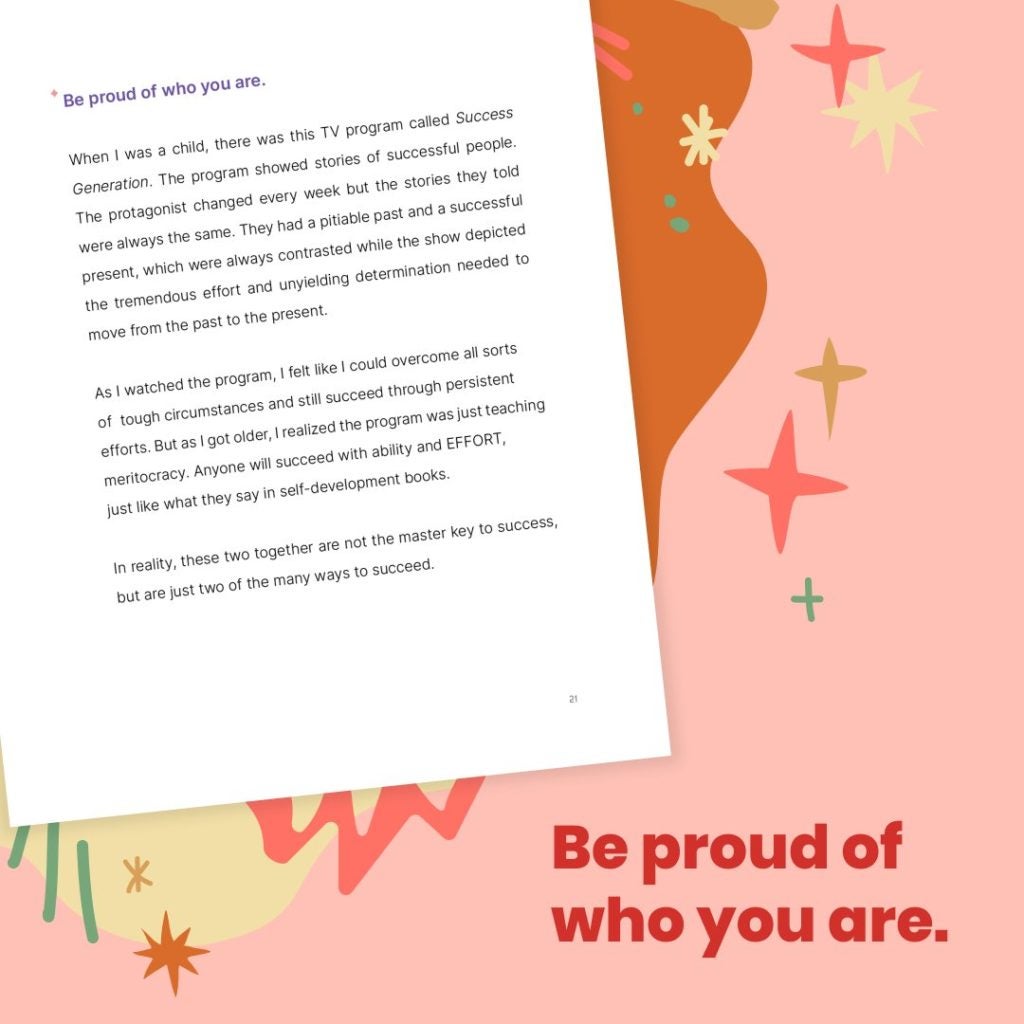 Be proud of who you are. Photo courtesy of Apop/Facebook

The message that the book conveys gave him a gut feeling that it would resonate with Filipino young professionals who are facing the difficult world of adulthood. He immediately acquired the rights for translation and distribution of the book within the Philippines.

Originally, it was slated to be released to the market around April this year but the Apop team had to delay it due to the pandemic. Instead, pre-order discounts have been up on their website since October 1 and they kicked off with promotions on October 7. Luckily, their first run of pre-orders has been a massive success as it was quickly sold out and was swiftly followed by the second run of pre-orders which was shipped out on November 20.

Why is it a must-read?

“I Decided to Live as Me” is composed of 292 pages with a six-part to-do list that comes in the form of essays. It aims to help you navigate your adult life, and remind you to love yourself and to be yourself.

Almario said this book is also special for its unique Asian nuance and perspective: “Reading this book is like having that sensible friend or colleague [who gives you] advice about life. It’s like that ate or kuya (sister or brother) you know who has experienced your problems and wants to give you advice because they genuinely want [what is] best for you.”

“I would recommend it to young professionals, newly-minted adults, and anyone who feels lost in the complexity of adult life,” he added.

To those who are unaware, the book is also said to have been read and recommended by one of the members of the South Korean pop sensation BTS, Jeon Jungkook, who was seen with the book during the band’s trip to Malta for Bon Voyage Season 3 in July 2018. The original publisher in Korea “마음의숲” (Forest of Mind) also posted on Facebook a photo of Jungkook along with photos of the book’s copies. 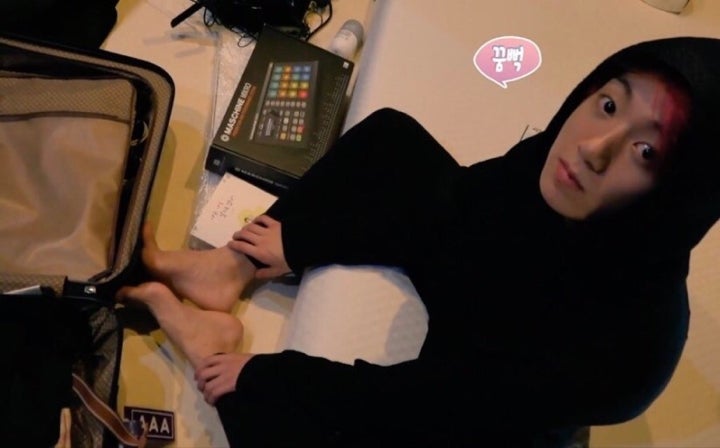 BTS’ Jeon Jungkook was seen with the “I Decided to Live as Me” book during the band’s trip to Malta for Bon Voyage Season 3 in July 2018. Photo courtesy of Wit app

More than 1 million copies of the book have already been sold to readers worldwide as it has exported translated copies to Japan, China, Taiwan, Vietnam, and Thailand.

Meanwhile, the book is still available on Apop Book’s website for an exclusive 20% launch discount at P480, while stocks last. It is originally priced at P600. Shipping fees are automatically added to the total payment amount upon purchase based on the location that customers provide on the online store, which usually costs as low as P60 for Metro Manila deliveries. It will take 3 to 7 working days to deliver the item within Metro Manila and 7 to 14 working days outside Metro Manila.

As to what other book titles readers should look forward to from Apop aside from “I Decided to Live as Me,” Almario said, “We still can’t reveal this at the moment but one thing we can promise is that more books will be coming soon!”

Inspiring books to help with your pandemic feels