Follow us:
The 'Rear Window' exhibition is inspired by the classic Alfred Hitchcock movie of the same name. Image: White Cube via AFP Relaxnews. 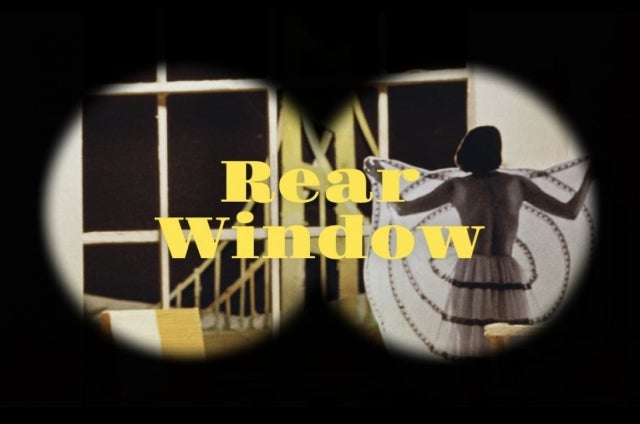 The ‘Rear Window’ exhibition is inspired by the classic Alfred Hitchcock movie of the same name. Image: White Cube via AFP Relaxnews.

If lockdown was a movie, it would almost certainly be “Rear Window.” How many of us in recent months have spent our days furtively watching our neighbors like James Stewart in the 1954 thriller? Now, the White Cube gallery presents an online exhibition exploring voyeurism, inspired by Alfred Hitchcock’s classic film.

In “Rear Window,” the photojournalist L.B Jeffries (Stewart) starts spying on his neighbors when holed up in his apartment after an accident leaves him wheelchair-bound. His neighbors include a composer, a mature couple with a little dog, and a salesman that Jeffries suspects may have murdered his wife.

Exhibition curator Susanna Greeves drew inspiration from Jeffries’ obsession when creating “Rear Window,” the inaugural show in the White Cube’s new online viewing room. The show sets out to explore “how artists construct scenes and suggest narratives, whilst exploring the idea of ‘the gaze’ which Hitchcock’s film was instrumental in formulating.”

Eroticism and exhibitionism are also major themes of the “Rear Window” exhibition, explored, for example, by works from Ellen Altfest and Celia Hempton. Altfest turns her gaze to anonymous male subjects, paying meticulous attention to each hair, each vein, each variation in skin tone.

“The paintings of men seem to have an inverse relationship to still life, with the men becoming less like human subjects and more like still life objects,” the New York artist explained.

Hempton, on the other hand, paints unknown men she encounters on the social networking website Chatrandom.

The online exhibition “Rear Window” is open to see in the White Cube gallery’s online viewing room until January 19, 2021. CC

Project Uliling: The exhibition and fundraiser that aims to make art from the ashes