As climate change becomes a major theme for many artists, art and culture professionals are asking themselves tough questions about their own environmental impact. Among them is The Gallery Climate Coalition, a new organization which wants the art world to reduce its carbon footprint by 50% over the next ten years.

Blockbuster exhibitions, energy-guzzling conservation procedures and inter-institutional shipping and transport: the carbon footprint of the cultural world is skyrocketing.

The Gallery Climate Coalition is a new non-profit collective of London gallerists and other art and culture professionals working to develop a more ecologically respectful approach for the industry.

For instance, Thomas Dane Gallery’s carbon audit revealed that the gallery, a founding member of the coalition, consumed over 200,000 kilograms of carbon dioxide in 2018 to 2019, 94% of which accounted for by the air freight of artworks, building energy use and business travel by staff. Another founding member, the Kate MacGarry Gallery, saw its carbon footprint reach 23,959 kilograms of CO2 in the same period.

These examples are far from outliers, according to the Gallery Climate Coalition. The organization has created a carbon calculator that helps members estimate the quantity of CO2 that their activities release into the atmosphere. Organizations can enter different parameters such as transportation, energy consumption of different spaces and the quantity of paper used for catalogues, brochures and promotional items into the tool to learn how to manage their carbon consumption.

The Coalition’s website also offers other resources relating to potential sources of carbon emissions by cultural institutions; its aim is to become “a platform for discussion and debate on a spectrum of issues related to the environment and climate change, and their wider social and economic consequences.”

Several international museums have recently set up initiatives to help the art world get greener. For instance, the Horniman Museum in London has pledged to implement greener working practices and work towards becoming greenhouse gas-neutral by 2040.

“We believe the Horniman has a moral and ethical imperative to act now. As a much-loved and trusted institution and the only museum in London in which nature and culture can be viewed together, we feel we have a unique opportunity and responsibility to use our collections, our indoor and outdoor spaces, and our relationship with our visitors, to create a movement for positive environmental change,” said Nick Merriman, Chief Executive of the Horniman, in a statement.

While the art world seems increasingly aware of climate change and other environmental problems facing us, it has some way to go before it can overcome the paradoxes inherent in big budget installations and events centered on environmental crisis.

In December 2018, the Danish-Icelandic artist Olafur Eliasson exhibited an installation comprising thirty blocks of ice harvested as free-floating icebergs from a fjord outside Nuuk, Greenland, to alert Londoners to the dangers of climate change. However, according to a report by environmental sustainability charity Julie’s Bicycle, which partnered with the artist for the event, “Ice Watch” itself generated over 55 tonnes of CO2.

“The carbon cost for bringing the thirty blocks of ice is approximately equal to flying two school classes (52 students) from London to Greenland and back to witness the melting of the Greenland ice sheet,” said the non-profit organization.

However, Eliasson announced he had made a donation “in excess of the sum estimated for a traditional carbon offset” to the Woodland Trust, the United Kingdom’s biggest woodland conservation charity, to compensate for the environmental impact of “Ice Watch.” CC

Arts can relieve a pandemic-stressed nation

Rebooting the art scene: ‘Worst of times can make the best of art’ 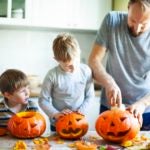 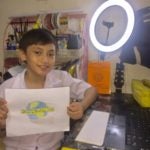 This Grade 6 student from Manila shares his online learning experience