New music is coming our way this quarantine season as actress and singer Nadine Lustre will release her album “Wildest Dreams” on October 31 under the indie music record label Careless Music Manila.

Nadine said that music is her first love and that she’s working on an album amid a pandemic.

I feel so f blessed right now 🦋 Wildest dreams wouldn’t be possible w/o the dream team @james, @bret.jackson , @massiah__ , @isaganipalabyab, @kylegotscrewed, @mkdavisjr and the whole @carelessph crew. Also wanna thank you all for the immense love and support… today was v v special.

Days before the scheduled album launch, Nadine had already dropped the single Wildest Dreams last October 16 on the Youtube channel of Careless Music Manila and other streaming sites.

A visual teaser of the album was also released recently featuring a yet to be released track from the album.

The track was written by Lustre, together with Careless Music co-founder KINGwAw (aka Bret Jackson) and Massiah (aka Haissam Morton), and was produced by KINGwAw, Isagani Palabyab, and Kahlil Ho Atienza. Former flame James Reid assisted with arrangement, recording, and mixing.

The album tackles some personal stories of Nadine and it has themes of self-love and empowerment. The vibe of the album will be a mix of pop, contemporary R&B, and some Filipino instruments which is definitely going to be a bop!

Nadine is already promoting her single and album on Instagram.

Fans of the Jadine loveteam went crazy recently when James Reid posted a picture of Nadine’s single promoting her together with the caption “The Queen is back.” 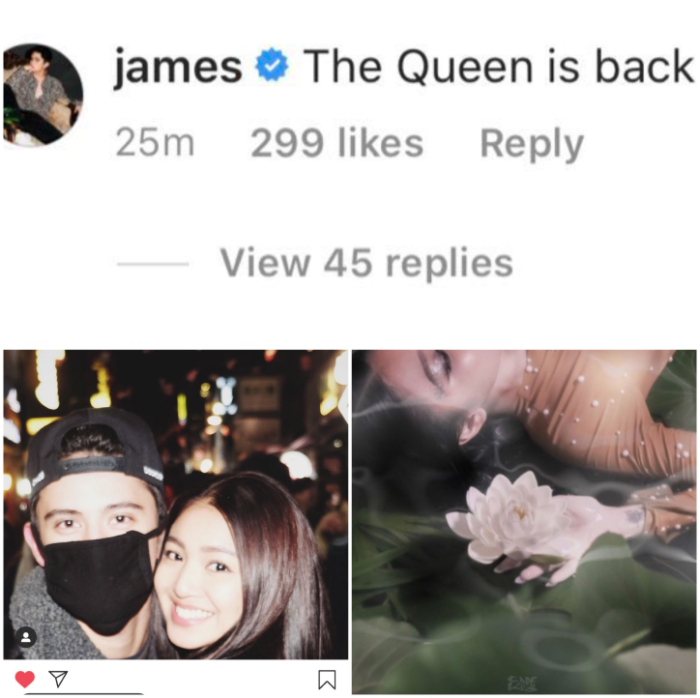