Telling the genuine article from a fake can be a tricky business for museum curators, especially when it comes to the Russian avant-garde. Many international museums have fallen foul of fakes, and have had to withdraw counterfeit works supposedly attributed to this artistic movement. The Museum Ludwig in Cologne, Germany, is taking a different approach, however, by showing off its fakes in a new exhibition exploring the question of authenticity in art.

This new exhibition focuses on around 30 works, erroneously attributed to key figures of the Russian avant-garde movement, such as Lioubov Popova, Kliment Redko, Nikolai Suetin, Nina Kogan and El Lissitzky. The fakes are presented alongside the authentic originals that inspired them, allowing visitors to Museum Ludwig to explore the history of an artistic movement that has proved particularly susceptible to forgery.

This German museum is known in the art world for its impressive collection of more than 600 works from the Russian avant-garde, bequeathed to the city of Cologne by art collectors, Peter and Irene Ludwig.

After setting to work analyzing the collection’s 100 paintings, and carrying out various tests on certain works of questionable origin, a team of researchers discovered that some of them were, in fact, forgeries.

Among them features the painting, “Landscape (Decomposition of Forms),” which had been incorrectly attributed to the painter Olga Rozanova. The researchers found that the chemical composition of the pigments used in the painting were different from those commonly used by the artist.

The results of the museum’s research will be on public display until January 3 in an exhibition entitled “Russian Avant-Garde at the Museum Ludwig: Original and Fake.” Although these discoveries may be new, the Russian avant-garde has for a long time been the focus of art experts due to the many counterfeits associated with the movement. This is thought to be linked to the censorship endured by artists of the Russian avant-garde after Stalin came to power in the early 19th century.

The Museum of Fine Arts in Ghent, Belgium, was at the center of a scandal in January 2018, when experts cast doubt on the authenticity of 26 works of Russian modern art loaned to the Belgian institution by the collector, Igor Toporovski. The exhibition was swiftly cancelled and the museum’s director, Catherine de Zegher, was suspended. IB 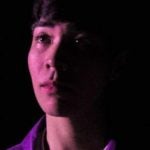 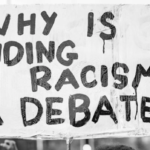