A teenage fast food worker has inspired netizens and earned their praise after it became known that she has been paying for some customers’ meals in the past months.

Enya Vegnere spoke about her deeds after treating a man at the McDonald’s branch in Coventry, England, as per an exclusive report by The Sun last Thursday, Sept. 24. She has been working there since January.

The grateful customer posted a video of the 19-year-old on his Twitter page the day before. The short video showed Vegnere manning the drive-thru window while wearing a face mask.

Joshua Henry stated that Vegnere paid for his meal “as her act of kindness for the day.” She also chose to treat him since Henry called his mother and asked if she wanted anything from the restaurant.

A girl called “Enya” who works at Tile Hill @McDonaldsUK just paid for my meal as her act of kindness for the day. Proper cheered me up after having a depressing day with the fact I’m at high risk of redundancy. I will pay this kind act forward tomorrow for sure. ❤️❤️❤️ pic.twitter.com/8puiCUAkKy

“I thought it was cute that he called his mum — not everyone is that considerate of their parents,” she was quoted as saying.

As to how she chooses which customers to treat, Vegnere clarified that she quickly rules out those who are rude to her. She also stressed that she does not pay for people’s meals for recognition or a reward.

“My motto is ‘takers eat better but givers sleep better.’ I don’t do it for recognition — I just think it’s nice to do nice things for people,” Vegnere said in the report. “You never know what someone is going through and what a kind gesture could do.”

Henry later followed Vegnere’s lead and paid for the meal of a person in front of him in another restaurant.

“They also were thankful and said they would pay it forward,” he was quoted as saying.

“Some people do kind things with the expectation that they will get something back in return but that’s not the right way to do it,” Vegnere added. “You shouldn’t expect something back.” JB 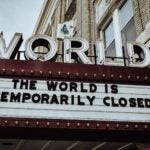 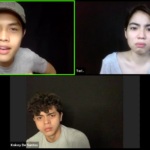