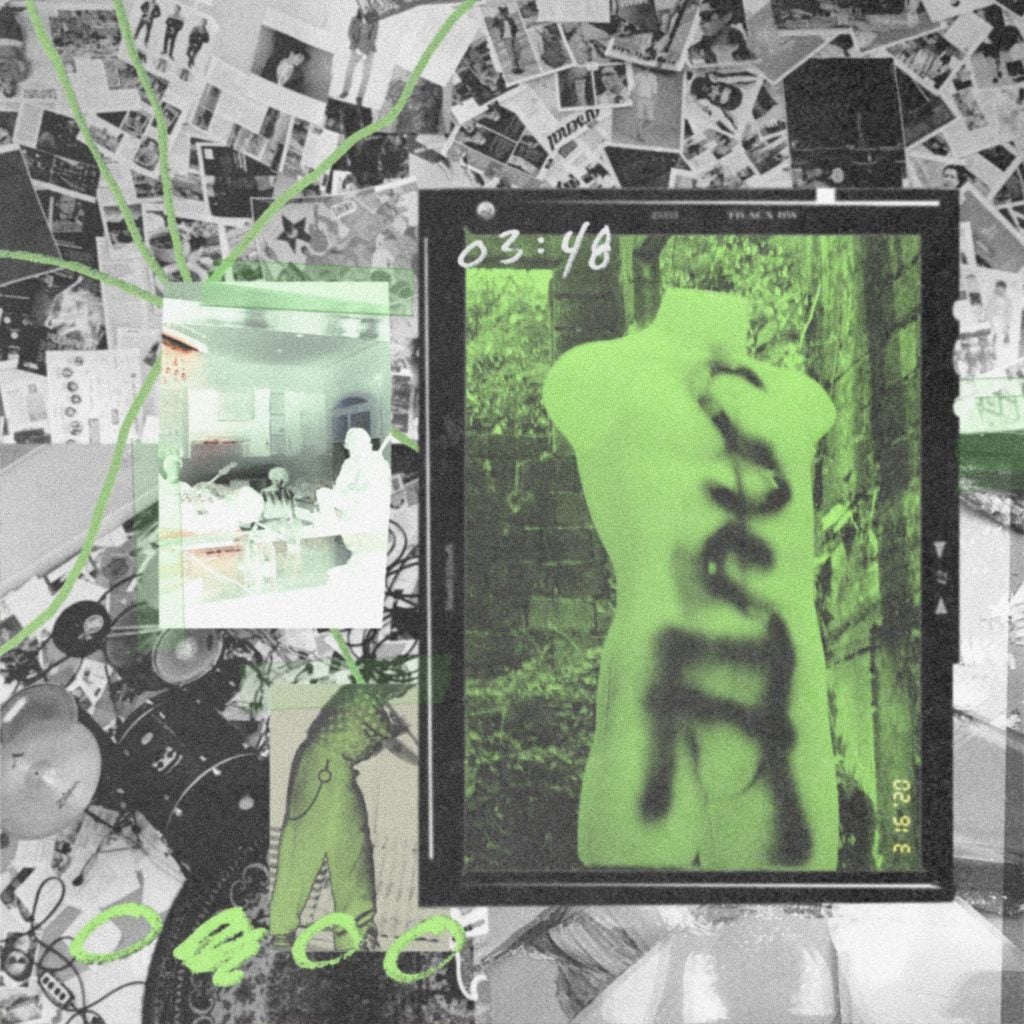 ‘SSH,’ which stands for Sumaya, Sumigaw, Huminga, is the Toffer Marquez (vocalist, bassist), Sam Marquez (guitarist, songwriter), Tim Marquez (drummer, songwriter), and Joel Cartera (guitarist, percussionist)’s cry for freedom in the new normal where many feel restricted and stifled. It was written, recorded and produced at the band members’ homes, and is admittedly a product of creative frustration mainly due to the circumstances brought about by COVID-19.

“There were a few months that we didn’t do anything. We all just tried to survive through COVID. But the thing is, if you’re a musician and a writer, you will always end up itching to write and to create more music,” Sam Marquez shares. “This is for the sake of our artistry. We just wanna make something that we’re happy with.” 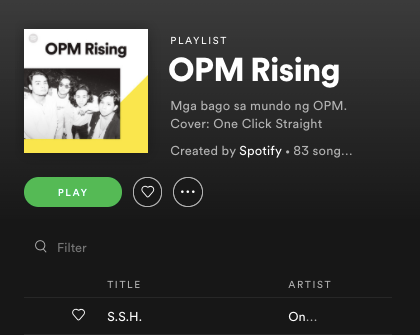 ‘SSH’ was created in the midst of the pandemic, with limited gear and equipment. Instead of this becoming a hindrance, however, One Click Straight (OCS) saw this as an opportunity to be more daring and throw out the “rules” of their creative process out of the window.

“Rock and roll, bahala na,” explains Marquez further. “We were thinking let’s just write songs the way we want and the way we can. We didn’t have a studio, we didn’t have much gear here at home. [It’s the] complete opposite of what we were doing before.”

This resulted in a more raw and real sound that OCS has never been explored before.

“I think that’s what started this: the attitude of [going] back to our punk rock roots and trying to make songs with a cheaper mic, recording drums in a weird way (since we don’t have a drum kit here).” He added. “So we locked ourselves in that atmosphere where we just…make stuff.”

The creativity doesn’t end there, though, as ‘SSH’ is the first of three tracks that One Click Straight will be releasing under a new EP of the same name. 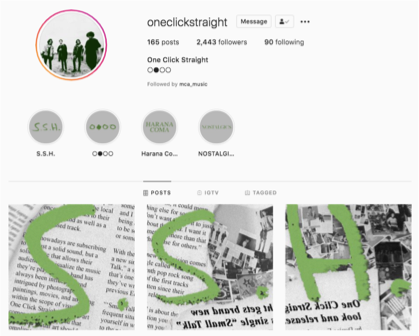 ‘A Statement from a Hopeless Situation’

With the new single, as well as the EP that will be released at the end of the month, the band hopes to bring about an important message.

“One of the things that I want people to remember about the EP is that it’s a statement coming from a hopeless situation, but with a hopeful heart.” Tim Marquez says. “It’s a hopeful outlook for the future as much as our lyrics are about missing someone, [whether] they passed away or something, and [about] frustration and anxiety.”

The message that OCS wants to convey is made even stronger through visual art: a very special music video for ‘SSH’ directed by Simon Te, as well as Alone, but Not Lonely, a website that displays art that the band has found inspirational when making their EP. Both will be released at the end of the month as well.

“We’re longing for something greater, something better with a hopeful heart,” he adds. 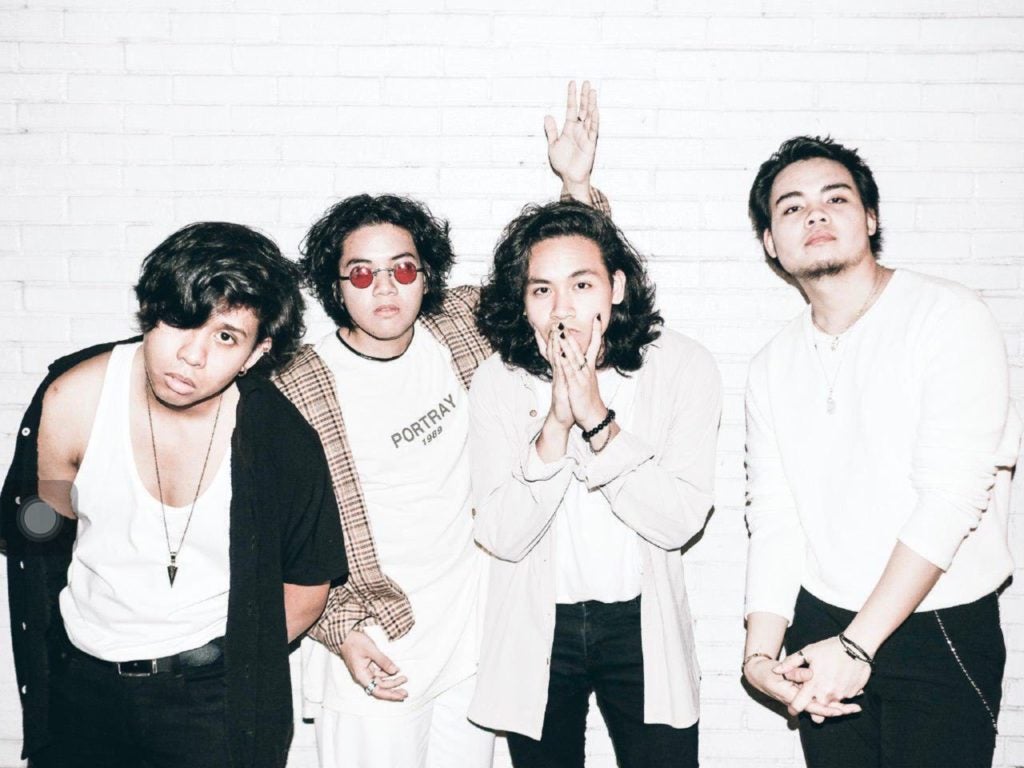 While heavily influenced by their alternative rock and metal rock roots, One Click Straight has always been a reflection of the four members’ authenticity and passion, shown through their experimental yet honest music and lyrics.

The band was officially founded in 2014, its four members have been making music long before then. With three among them being brothers and all of them close childhood friends, they explored their love of music together while growing up, from learning classical piano from the same teacher to discovering other instruments like drums and guitars.

In 2015, they joined and won The Yellow Room Battle of the Bands (Year One). Under the same label, OCS released Nostalgic, their first EP that features a single of the same title. In later years, the title would be adapted and used to refer to the band’s official street team.

One Click Straight launched their debut album The Midnight Emotion in October 2018 under Offshore Records. In 2019, the band represented the Philippines in the Music Matters festival in Singapore.

After releasing their first full-length album, the band started writing songs in Filipino. In January 2020, One Click Straight released their first all-Tagalog EP: Harana Coma. The EP featured two well-received singles. ‘Manila,’ the first single in the vernacular the band has ever dropped, aired on the MYX Pinoy Countdown for 6 weeks straight and was #2 in Jam 88.3’s Top 10. On the other hand, ‘Paraiso’ made its way into the #5 spot at the Apple Music Top 200 alternative chart in.

Angelito self-titled album is a reflection self love, mental health, and HIV awareness