An entire building filled with bars and restaurants staffed by adult video (AV) actresses is set to open in Tokyo, Japan—and yes, social-distancing measures will be in place.

Soft on Demand, Japan’s most prominent adult video production and distribution company, will be opening a five-floor complex dubbed as a “theme park for adults” on Oct. 10, as per PR Times via Sora News 24 earlier today, Sept. 18. 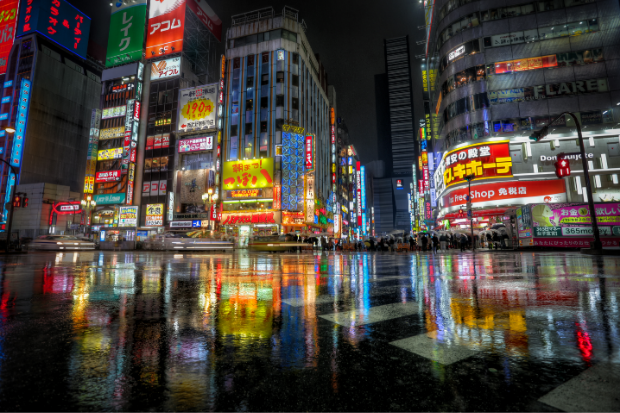 “SOD Land,” as the building is aptly called, will be packed with different themes for each floor. The first, of course, is primarily for guidance and payments, although it will also have a gift shop, sticker picture booth and gacha capsule machines.

The building’s basement will, meanwhile, have the “SOD Fresh-faced Female Employee Pub” which, as the name suggests, will be a pub staffed by actresses who just had their SOD debuts or is slated to have one. They will be serving food and drinks in a standing bar environment to patrons of the floor, which is also fittingly named the “Newcomer Adult Film Actress Floor.”

Customers can, meanwhile, meet the stars of the AV industry in Japan on the third floor, aptly called the “Famous Adult Actress Floor.” People will be able to drink with their idols at the “Syain Bar,” which SOD described as offering “a space of dreams where you can become friends with famous adult film actresses while drinking,” according to the report.

Those looking for a quieter time may opt for the fourth floor’s “Silent Bar,” where AV actresses donning swimsuits mix drinks for them behind a one-way mirror. Patrons will not be allowed to talk to each other in the said bar, allowing them their privacy.

“SOD Land” is the first of its scale that the company has ever come up with, although it is not the first of its kind. SOD years ago already set up a small bar staffed by AV actresses in Akibahara and has since opened another one in Nakano.

The said “theme park for adults” will be located at Shinjuku district’s Kabuchiko nightlife quarter, according to the report. Customers will be required to wear masks and have their temperature checked as part of COVID-19 health protocols. There will also be partitions inside the building.

Customers will only be paying for the food and drink they order and not pay for whatever the hostesses will be drinking, which is common in other hostess bars. There is also an admission fee of 500 yen (around P230) per 30 minutes.  /ra