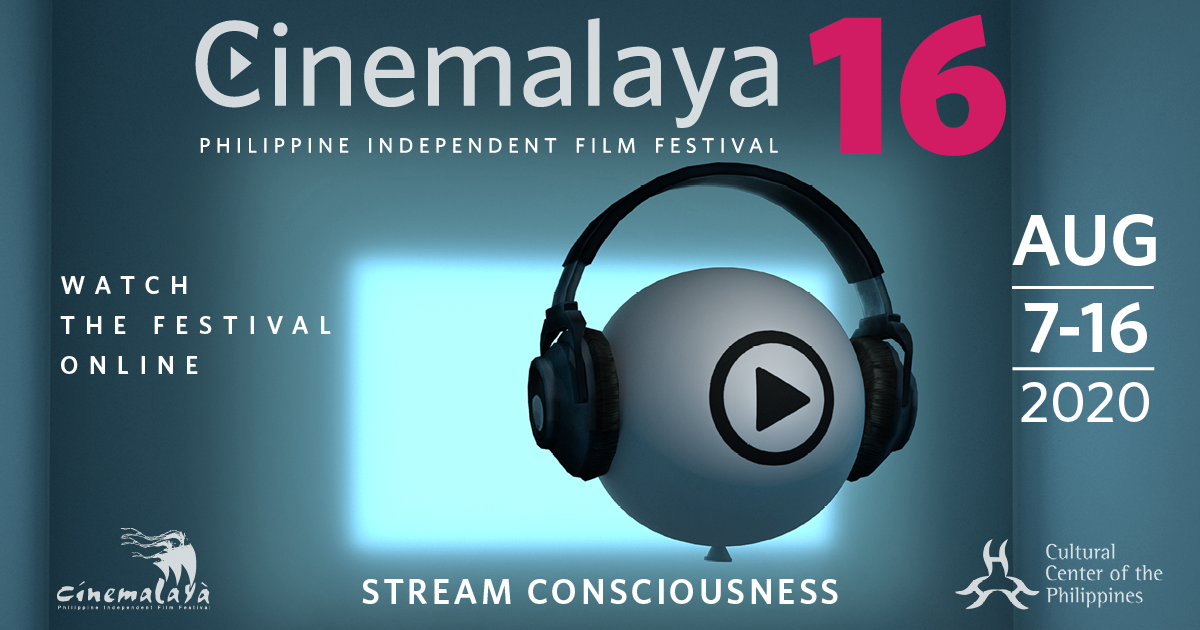 Much like the rest of the world in quarantine, the entertainment industry has been hard hit by this global health crisis. But there are those who refuse to succumb to the challenges of the times and instead choose to adapt and forge on with the new normal.

This is the case for Cinemalaya Philippine Independent Film Festival, who offered their 16th edition to audiences via the online video streaming platform Vimeo. The digital edition features 10 short films for the festival’s main competition, selected out of 244 entries vying for the Best Film award. It also includes 20 specially-curated short films in exhibition, as well as retrospectives featuring previous Cinemalaya films.

Accessing indie films through an online platform has, of course, its pros and cons. When you avail of any of the bundles for this year’s Cinemalaya, you have the advantage of going over the films again and again during the Festival’s duration. What’s unfortunate is that your ability to watch the films clearly, if at all, is subject to the connection strength (or lack thereof) of your local Internet service provider.

But despite the move to a different platform and its subsequent changes, Cinemalaya continues to serve up dynamic and daring cinematic masterpieces from both upcoming and veteran Filipino independent filmmakers alike. 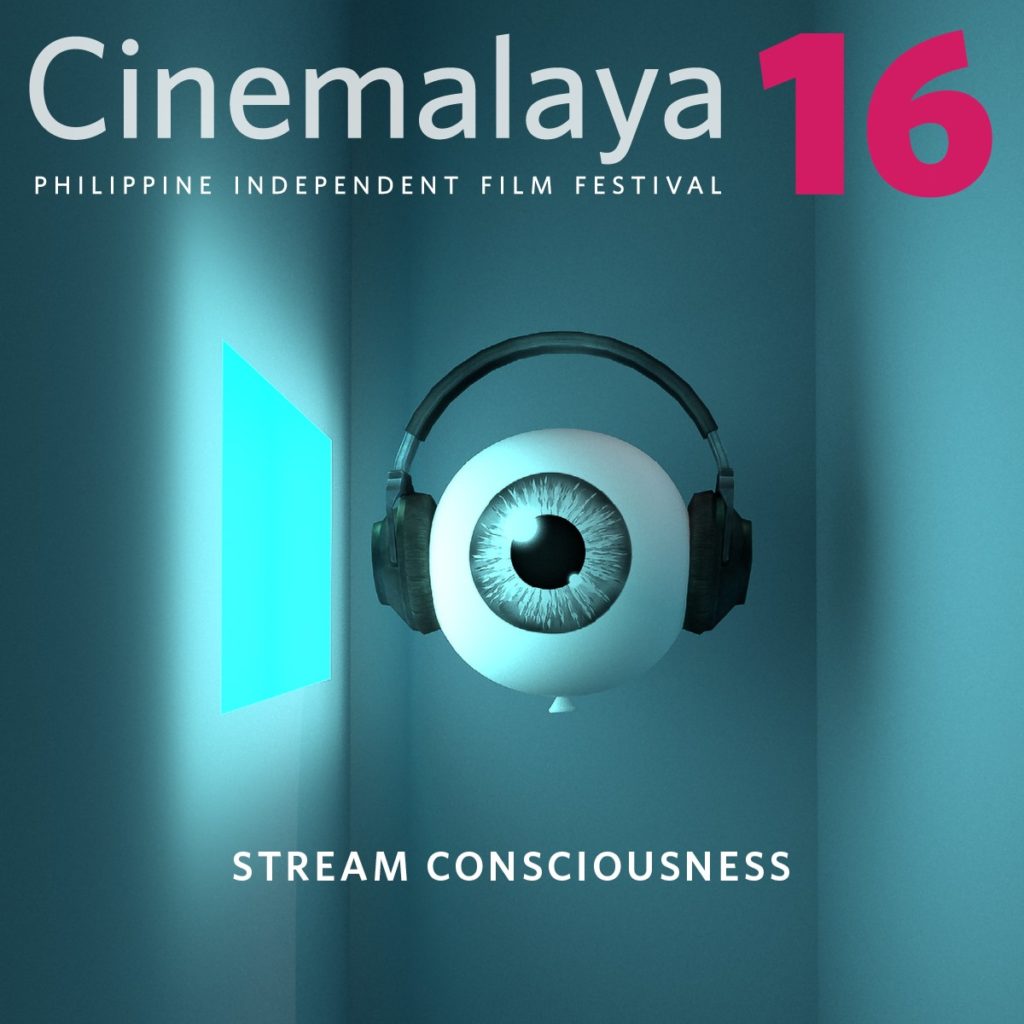 Here we look at some of the winners of this year’s festival:

This short film tells the story of a Bontoc Igorot who discovers an old TV set that came from the ashes of a fallen meteor, and in it he sees an actress from the 1950s that he can actually talk to and eventually falls in love with. The film’s take on love that overcomes language and cultural boundaries is undoubtedly refreshing, and it offers a very novel depiction of gender and culture stereotypes that rule over our traditions and identity as a nation.

ANG PAPAKALMA SA UNOS (TO CALM THE PIG INSIDE)

Everyone remembers the ravage and destruction in Tacloban brought about by Super Typhoon Yolanda in 2013, and this film is a very vivid account of the devastation through the perspective of a child who witnessed the natural disaster. Scene after scene of demolished houses, unidentified bodies in the thousands, and people looking for ways to survive starkly illustrate the reality of many Filipinos who suffered through the event.

Aside from its dramatic visuals, the film’s poignant poetry in the Visayan language through its narrative also caught the attention of this year’s Cinemalaya jury, which earned it the Special Jury Prize.

‘Living Things’ is a funny and heartwarming depiction of love between two people overcoming the challenges of change over the course of a decade-long relationship. In the film, the woman discovers that her lover changes into an actual cardboard standee, and her love and acceptance for her man transitions her into becoming a cardboard standee herself.

The film earned the Best Direction award for industry veteran Escobar, who also won in Cinemalaya in 2015 for Best Short Film with Pusong Bato. 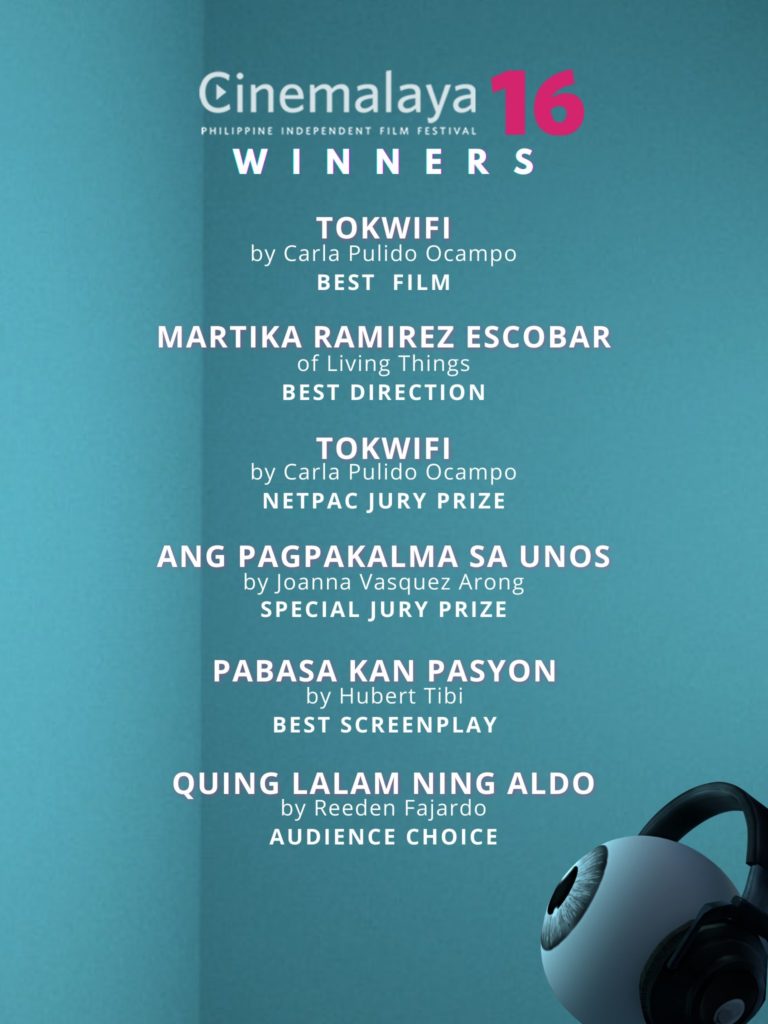 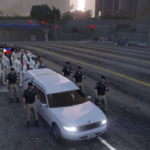 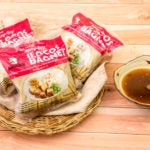