Follow us:
The cover of Former U.S. President George W. Bush's second book of paintings, "Out of Many, One: Portraits of America's Immigrants". Image: Courtesy of the George W. Bush Presidential Center via AFP Relaxnews

George W. Bush, the 43rd president of the United States, who began painting soon after leaving office, will publish his second book of paintings on March 2, 2021.

“Out of Many, One” will feature a series of 43 portraits painted in oil depicting American immigrants, each of which will be accompanied by a biographical essay penned by Bush about the artwork’s sitter. 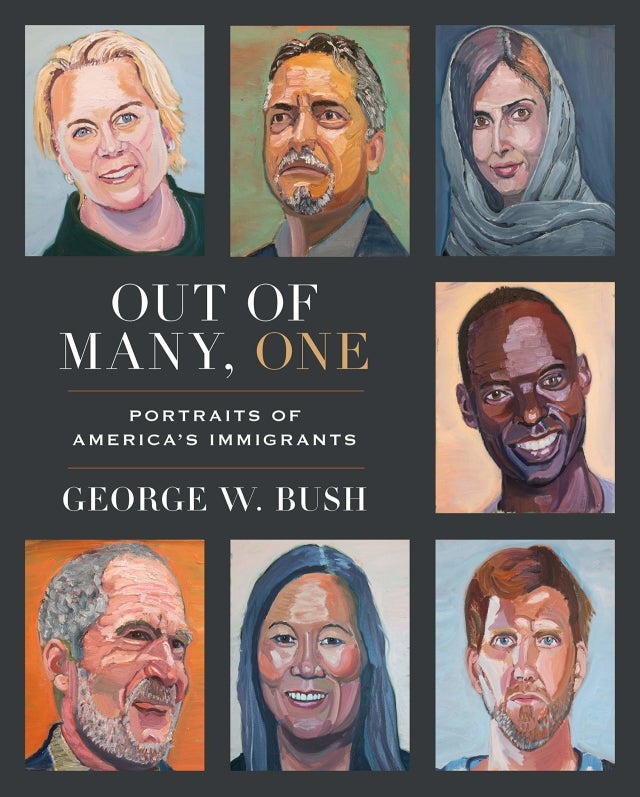 The cover of Former U.S. President George W. Bush’s second book of paintings, “Out of Many, One: Portraits of America’s Immigrants”. Image: Courtesy of the George W. Bush Presidential Center via AFP Relaxnews

The release of the book, whose title is inspired by the Great Seal of the United States, will coincide with a 10-month-long exhibition of the portraits about American immigrants at the George W. Bush Presidential Center in Dallas, Texas.

“While I recognize that immigration can be an emotional issue, I reject the premise that it is a partisan issue. It is perhaps the most American of issues, and it should be one that unites us… My hope is that this book will help focus our collective attention on the positive impacts that immigrants are making on our country,” Bush writes in the introduction of “Out of Many, One”.

The former U.S. president will reportedly donate a portion of the book’s earnings to organizations that help immigrants resettle, although the advance amount and other financial details have yet to be disclosed.

Since he first opened up about his artistic practice in 2013, Bush has exhibited his paintings on numerous occasions, and published a bestselling book compiling oil paintings of American military veterans.

While his paintings have often received positive attention from critics, “Out of Many, One” has been met with backlash on social media.

Many online commentators have criticized the book in light of the immigration reforms pushed by Bush’s administration and Bush’s involvement in the creation of the scandal-ridden Immigration and Customs Enforcement agency, more commonly known as ICE, under the Homeland Security Act of 2002. RGA

LOOK: Black Lives Matter mural vandalized hours after it was made