K-pop stans and Tiktok teens all over the world are laying claim on being partially responsible for the poor attendance in the recent Trump rally campaign in Tulsa, Oklahama.

This, after the event registered only 6,200 scanned tickets (excluding staff, media, and those in box suites) to the 19,000-seat capacity BOK Center.

The US president’s campaign manager for his re-election took to Twitter on June 15 saying that the rally garnered more than a million ticket requests, but images from the event show a significant number of empty seats on the upper box areas of the venue.

Over 1M ticket requests for the @realDonaldTrump #MAGA Rally in Tulsa on Saturday.

Before entering each guest will get:

There will be precautions for the heat and bottled water as well.

Last June 11, the official Trump campaign Twitter account @TeamTrump posted a tweet seeking supporters to register for free tickets using their mobile phones. K-pop fans were quick to pick this up and they shared the information to friends and contacts, asking everyone to register for the rally—only to ditch it completely.

The prank spread quickly on Tiktok, with thousands of videos getting millions of views, instructing people to request for the tickets using fake names and phone numbers. But users would delete their posts after 24 to 48 hours so that Trump supporters will not get wind of what was happening and the prank will be under wraps until such time that the rally will start.

One Tiktok user, 51-year-old Mary Jo Laupp, was one of those who created a video asking people to reserve tickets “and leave him [Trump] standing there alone on the stage.” After her video went viral, she claims that tens of thousands of ticket requests were accounted for based on the users that have reached out to her on the social media platform.

“There are teenagers in this country who participated in this little no-show protest, who believe that they can have an impact in their country in the political system even though they’re not old enough to vote right now,” she said in an interview with New York Times.

This is not the first time k-pop stans made their presence known in American politics and government. People will remember these fans of Korean pop music groups submitting prank messages for the US president’s birthday last June 8.

Another incident was when the Dallas Police Department asked people to submit videos of suspicious activities through an app and k-pop stans crashed the app after uploading thousands of “fancam” videos.

Then there was also the reclaiming of the hashtag #WhiteLivesMatter, when these fans spammed the hashtag with k-pop videos as a means of blocking social media communication among white supremacists and sympathizers. 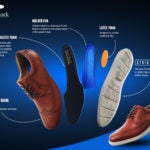 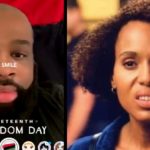