When it comes to fashion, classic, modern and even nature-themed gowns do not ever go out of style. But a teacher-designer from Negros Occidental took his passion for producing fashion images to another level, when he created digital sketches deviating from the usual inspirations. This time, he made digital drawings of gowns inspired by the branches of science.

The artist is Neil John T. Diaz, a 25-year-old part-time college instructor at the Central Philippines State University – Cauayan Campus in Kabankalan, Negros Occidental. Diaz graduated with a Bachelor of Science degree, major in Biological Sciences, and is now working as a Science teacher. He posted his fashion illustrations called “Branches of Science Eleganza” on his Facebook account last Wednesday, May 19.

Few weeks ago, I tried to digitally sketch my works and as a beginner, I knew I had a lot of stuff to learn. So to make…

His designs took after the various branches of science, namely anatomy, physiology, organic chemistry, earth science, astronomy, zoology, genetics and botany. For his series, he combined anatomy and physiology in one illustration. 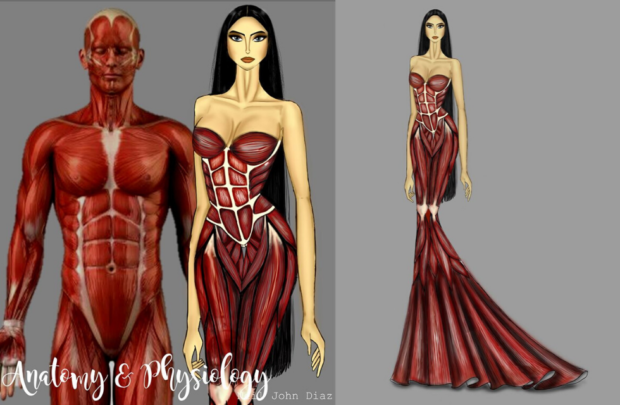 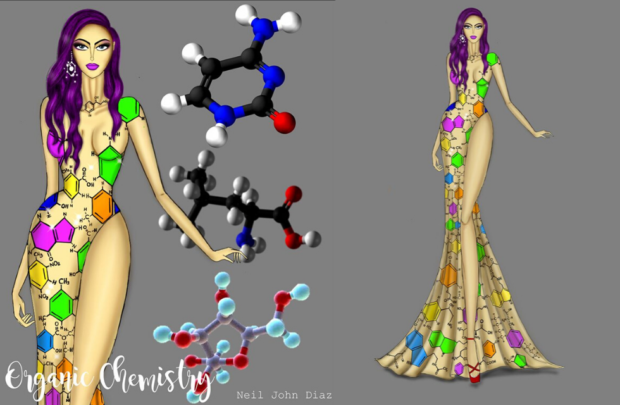 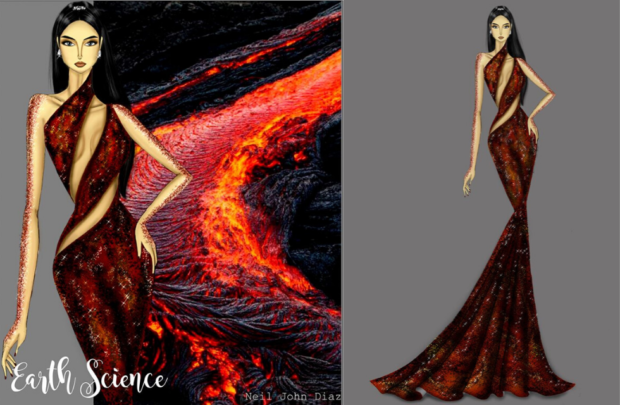 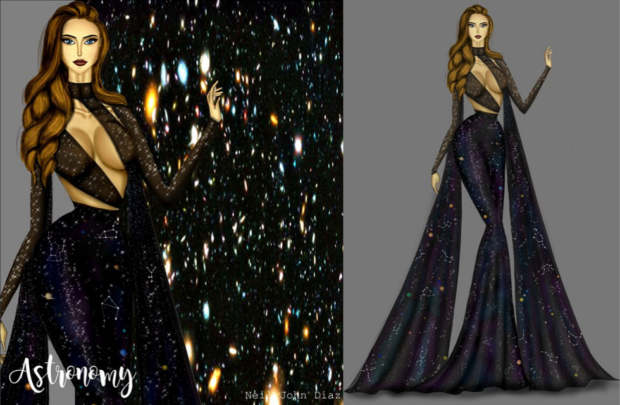 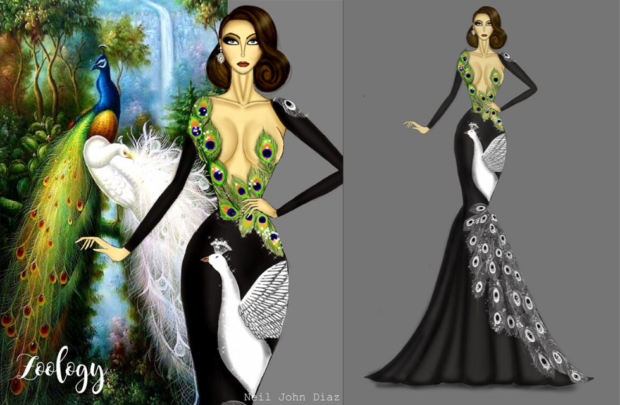 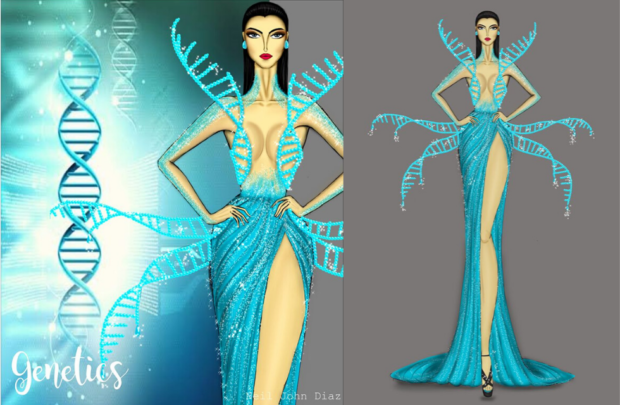 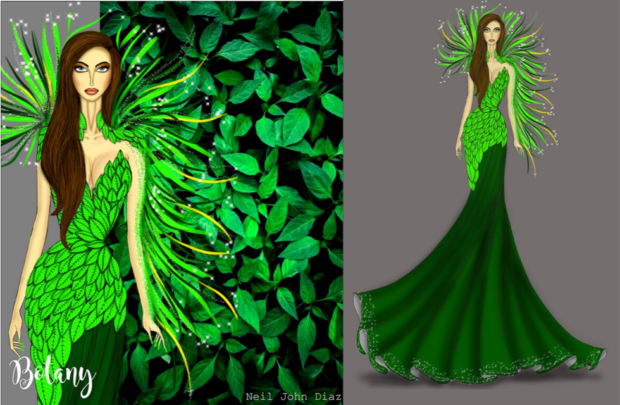 In an interview with INQUIRER.net, he explained that his fascination with sketching started when he was still in elementary, and continues to this today.

(Before, I only used paper, ballpen and color pencils. Until a month ago, last April, I tried doing digital sketching due to a lack of materials. Brush types and colors are more complete when using digital software.)

He was able to finish this batch of illustrations in an estimated time of three to four weeks. He recalled drawing first the botany-inspired gown while he finished his astronomy-inspired gown on May 13.

(It took me a while to finish all these because I struggled to sketch the face, since I am a beginner and I still get ideas from friends.)

“[But] I did all these merely as practice because I know people who draw ten folds better than me. I just needed the drive to practice sketching, so I [thought] of the branches of science,” Diaz added.

Diaz’s post has already gained over 36,000 reactions, over 1,600 comments and over 42,000 shares, as of this writing. Last April 11, he re-uploaded the first batch of gown illustrations that he made, inspired by the colleges and universities in Negros Occidental.

HERE THEY ARE AGAIN IN COLLEGES AND UNIVERSITIES ELEGANZA. PS. I just realized that logos/seals have copyrights too….

Diaz stated that at first, he thought he may need to delete his original post, as he was afraid that he might get sued by the schools for his use of the logos or seals. Meanwhile, his fashion illustrations have not been made into real gowns yet, especially since he simply makes them as a form of recreation.

Aside from gowns, Diaz also likes drawing other science-related images, like chemical structures, animals and even the DNA helix, something which he also uses in his classes.

Diaz’s gown illustrations also took inspiration from his friends and from the themed designs on the Facebook page “ARTsuncion,” created by the young fashion designer Joshua Asuncion.

If ever his illustrations would be turned into real gowns, who among Filipino celebrities would he like to be wearing his designs?