In Partnership with:
“I Have to Stay at Home” is described as “an auction for lockdown,” with head of Contemporary Art for Europe Alex Branczik noting that the sale was assembled in three weeks “by a Sotheby’s team who are stuck working from home, for collectors who will likely be stuck bidding from home.” 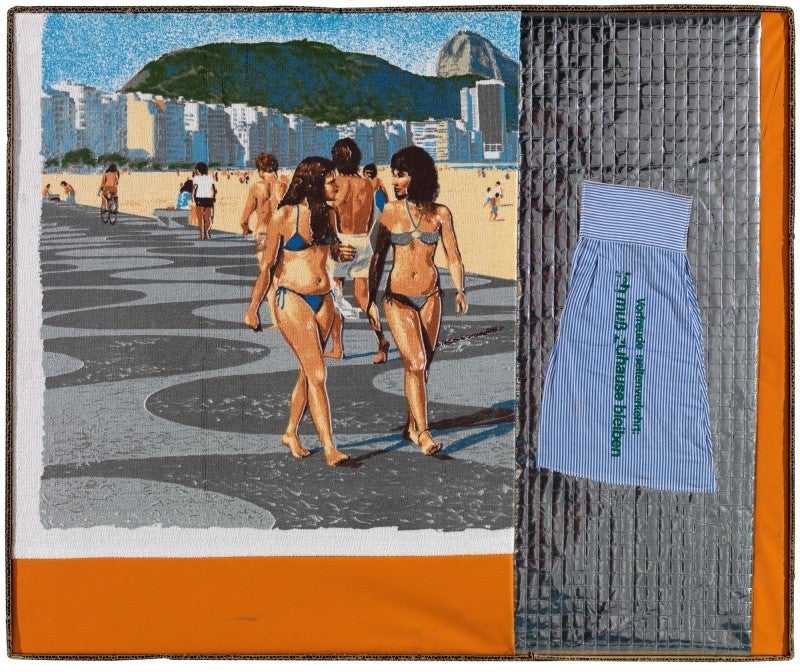 “The sale gently alludes to the lockdown through a number of works that seem particularly relevant to now. But, more importantly, it includes top-quality works that wouldn’t be out of place in our flagship Evening Sales – signaling the fresh opportunities and possibilities presented by the new world we’re living in,” he added in a statement.

This monumental Surrealist painting will hit the auction block a few weeks after Condo’s “Antipodal Reunion” sold for $1.3 million (P65.9 million) and set a new record for any painting sold in a Sotheby’s online auction.

This painting, completed by the German artist after a sojourn in Rio de Janeiro, features the inscription “I have to stay at home” that inspired the title of the sale.

Additional lots on offer in “I Have to Stay at Home” include pieces by Bridget Riley, Damien Hirst, Grayson Perry and Jeff Koons.

“I Have to Stay at Home” is the sixth online sale staged by Sotheby’s Contemporary Art Department, since the auction house had to close its locations and furlough nearly 12% of its staff due to the COVID-19 pandemic.

Although the health crisis continues to disturb the art market calendar, Sotheby’s has announced that it expects to hold its spring day and evening sales of Contemporary and Impressionist and Modern Art in the week of June 29, “pending the lifting of certain restrictions and confirmation from the relevant authorities that we can proceed.” CL /ra