Even as the world remains on lockdown amid the pandemic, Japan’s famous Nara Park in Osaka remains as breathtaking as ever during the cherry blossom season.

Local photography company Kiki Photo Works recently showed some Sika deer, also known as the Japanese deer, just chilling out beneath cherry blossom trees abloom. The footages were posted via the company’s Twitter and YouTube accounts on May 11 and 18, respectively. 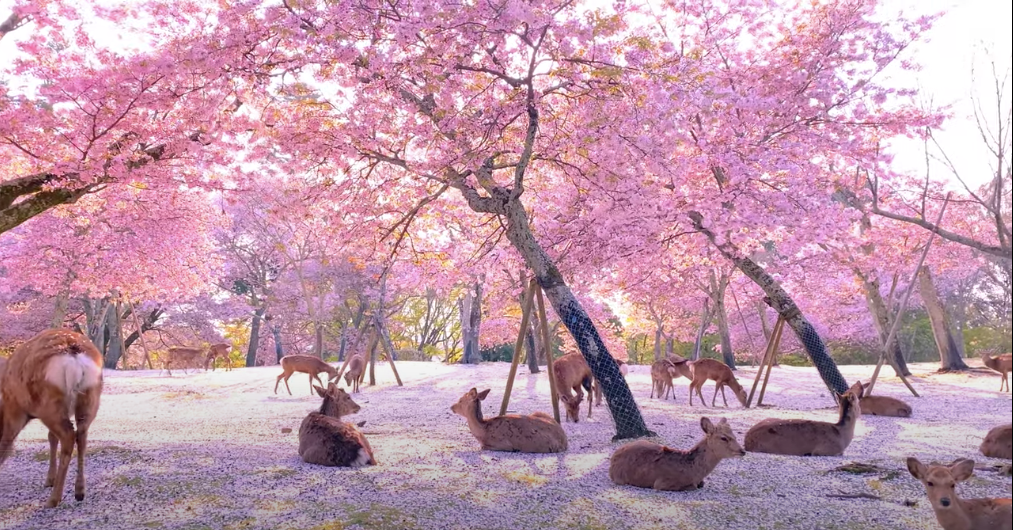 The breathtaking scene in the Twitter video was captured last April, during Osaka’s cherry blossom season, which usually takes place from late March to early April.

The 30-second video’s mesmerizing scenery seemed to have struck a chord among viewers, as it immediately went viral upon its posting. It has gained over 34,200 retweets and around 88,000 likes, as of writing.

Since the onset of the COVID-19 pandemic early in March, however, deer in Nara were spotted unusually roaming around streets in search of food, as tourist numbers declined due to the health crisis. JB

As tourism in Japan declines due to COVID-19, herds of deer head to streets, train station for food